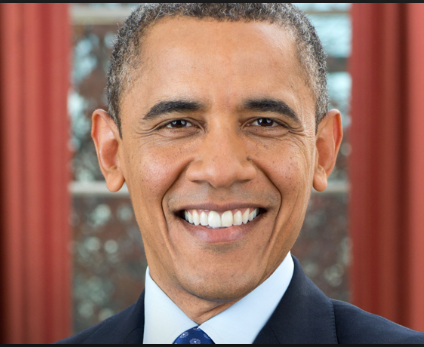 Names Behind Some Words May Surprise You

When he died, the rock star, Prince, left not only a vault containing a treasure trove of music and videos. He also left behind the ownership of a highly valuable trademark for the right to exploit his name for multiple uses. But that trademark wasn’t filed until 2014.

When Prince recovered the rights to the masters of his early music from Warner Brothers Records in 2014, he also regained the legal right to use and profit from his own name, a key point of contention in his fight against Warner, and one that sparked his use of the famous “love symbol” and made “The Artist Formerly Known as Prince” a household phrase.

That’s just one of the many surprises on the website of the U.S. Patent and Trademark Office, which maintains a public database of millions of trademark registrations — who filed them, who owns them and who has let them expire.

As social media sites proliferate, the ownership of black culture has sparked a hot-button issue: Trends grounded in the African-American community rapidly go viral and become popular and often profitable, but rarely for the originators. Owning trademarks is key to securing the rights to those concepts.

There are other gems in this data mine:

At least twice, individuals who are not President Barack Obama have tried to trademark his name. Both attempts failed soon after his 2009 presidential inauguration.

Yet, the current active trademark reveals an interesting clue as to how the president intends to spend his time after leaving office.

A trademark application filed in January 2016 for the “Barack Obama Foundation” in Chicago, details its anticipated uses for charitable activities in “arts, education, human and social services,” as well as conferences and programs “in the fields of poverty elimination, health security, economic empowerment and investment, leadership development, world governance, climate change, citizen service, and racial, ethnic, and religious reconciliation.”

There are two ways to consider the fact that the Black Lives Matter organization has not trademarked — nor seems to have attempted to trademark — the phrase that represents both their name and protest identity. That is either a missed fundraising opportunity or a sign that Black Lives Matter’s leaders are more concerned with action and change than with profit.

Whatever the correct answer is, this has not stopped at least a few others from trying to cash in. According to Patent Office records, a Michael Southern of Crazy4tshirts, a Chicago company, filed a trademark application for “Black Lives Matter” six months after protests erupted in Ferguson, Missouri in August 2014. But the trademark expired in September 2015.

Perkins, Inc. a California company, filed for a Black Lives Matter trademark for use on greeting cards and stationery in April 2015, but the trademark expired in January 2016.

Trademarks can be considered “dead” soon after applications are submitted if registrants fail to respond to government queries about such filings. Also, some people simply abandon their applications once related expenses emerge.

Still active, however, is “Bulletproof: #Black Lives Matter,” owned by Damon Turner of Lawrenceville, Georgia, for use on t-shirts, sweatshirts, hoodies and other apparel.

The name “Bud Billiken” means a lot in Chicago. A fictional character created by the Chicago Defender newspaper, he represented the city’s collective black conscience. And, since 1929, the spirit of black Chicago has been brought to life by the huge Bud Billiken Day Parade — America’s second largest annual parade, after Macy’s Thanksgiving Day celebration. That means tons of money in sponsorships, and presumably a valuable brand to protect.

But parade organizers might want to check the paperwork. The trademark for “Bud Billiken,” filed for and held since 1991 by Sengstacke Enterprises, the Defender’s former owners, expired in January 2016.

Dr. King’s heirs have been famously litigious about the use of their late father’s name and image. This has been a source of great consternation for filmmakers, researchers and a host of others who think the King name and legacy should be public domain, and that the family’s licensing fees can be prohibitive.

Dr. King’s estate applied for, and received, that trademark in 1995, only to let it expire in 1999. There is no renewal application on file.