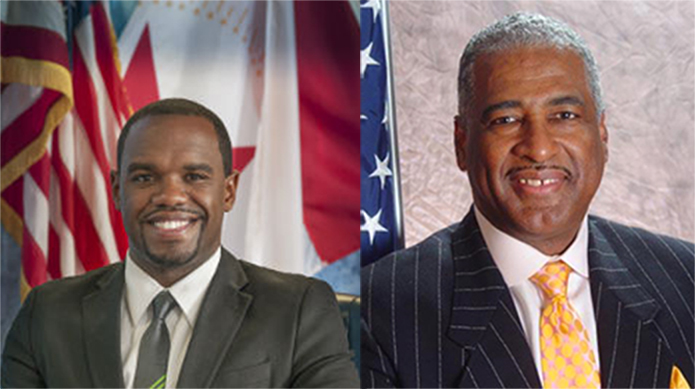 Birmingham’s next city elections may be 14 months away, but it’s not too soon for the mayor and city council to address key issues that will resonate with voters. With all current officials likely to seek re-election in August 2017, neighborhood cleanup and support of the city’s school system could become pivotal campaign issues.

“We need five now to continue our momentum,” said the mayor, referring to the amount of money being spent on his initiatives and the slogan he is using to promote his plan.

The city has said the money can come from cost savings across all city departments, but council leadership has delayed the spending, saying the proposal is rash.

“The items that were presented to us were not concise, and details such as how the projects will be completed once the money is approved were left out,” said City Council President Johnathan Austin. “It’s one thing to just throw money out to someone, it’s another thing to have a plan in place from beginning to end that showcases how projects will start and conclude.”

Austin also said the mayor’s plan was indicative of a problem the council continues to have with the administration.

“My colleagues and I could not be more thrilled to devote additional funds to improving Birmingham,” Austin said, “but we want to have all our questions answered concerning these items to ensure that each and every financial decision we make is good for the entire city.”

The item will be taken up at the council’s next meeting of the Committee of the Whole later this month. The mayor said he was disappointed that the council didn’t move forward on his recommendations.

“Citizens have called, emailed, and texted, telling me that this is what they want,” Bell said. “This is the priority. We want to put that money right back into the neighborhoods by continuing to attack two of our biggest issues—overgrown lots and abandoned homes.”

In the last nine months, the city has demolished more than 420 structures and cleared 10,000 blocks of right-of-ways, 4,000 vacant lots, and almost 2,000 city-owned lots, according to the mayor’s office.

Mayor Bell said he was just as disappointed that money for specific reading programs in the schools was delayed.  “Too many of our children are reading below grade level,” he said. “This is a critical and immediate need.”