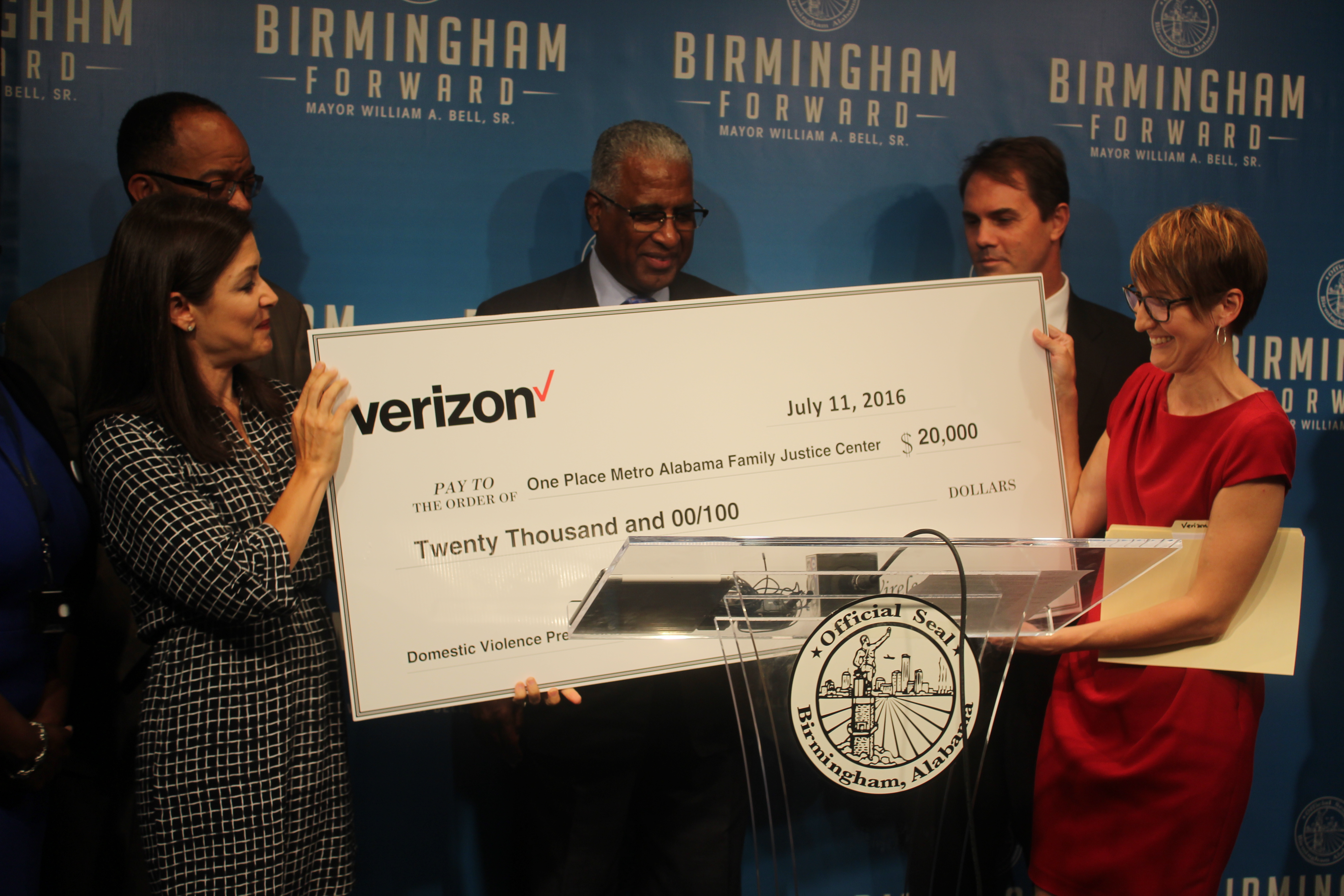 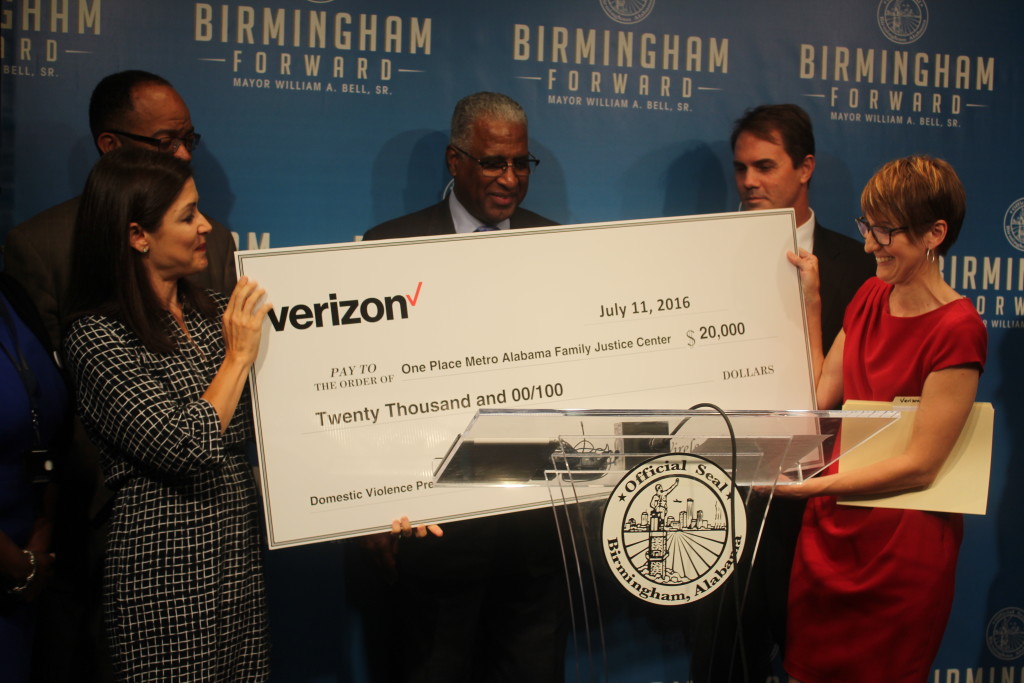 Domestic violence is a growing problem in Jefferson County. Fortunately, so is one of the solutions.

Verizon Wireless this week presented $20,000 to One Place Metro Alabama Family Justice Center to help with staff support, working on a new website, travel to national conferences and materials to get out information about the One Place, which helps with domestic violence prevention.

“So much of what we have been able to do in this community is because of Verizon,” Allison Dearing, executive director at the Family Justice Center said.

“Verizon has had a long-standing commitment to domestic violence awareness and prevention via our HopeLine program,” said Kate Jay, Verizon spokesperson.

“A lot of people think, ‘How can I make a difference?’ You can clean out your drawers, you can donate those old phones in any condition and with any carrier,” Jay said. “Those are turned into support for victims.”

The donations go into the local communities, and can be made at any local retail store.

The Family Justice Center will open its newly renovated building on 14th Ave. South between late summer and early fall. For now it is located in the District Attorney’s Office.

YWCA to Host Training Workshop on Race and Racism

In response to recent events across the country, YWCA Central Alabama will host Face to Face with Race, a workshop designed to empower leaders to start conversations about racism and current events. The event is open to the public and set for Thursday, July 21, 2016 from 11 a.m. to 1 p.m. at the YWCA, 309 23rd Street North in downtown Birmingham.

Leaders from the nonprofit, civic, political, academic, faith-based and corporate worlds will participate in interactive and informative exercises during the gathering with a goal of fostering conversations, responding to questions, building bridges and bridging gaps in the workplace and beyond.

“As the nation mourns the loss of Alton Sterling, Philando Castile and five Dallas police officers, it is our hope that leaders will leave this workshop with the tools necessary to support their employees and counterparts by engaging in productive dialogue about race and racism,” said Rebecca Harkless, coordinator of social justice programs for the YWCA.

Cost for the limited seating gathering is $20, which includes lunch and resources to take away and share. Reservations are required and must be made by July 19. Cash and check payments will be received at the door.

Cease Fire Birmingham, a group of clergy and community organizations, working to heal, strengthen and educate the family while combating gun violence and homicides in the Birmingham area with partner with the City of Birmingham and the Birmingham Housing Authority to expand its reach.

Pastor Steve Green Sr. of More Than Conquerors Faith Church said the last day of activities will be held at Elyton Village.

The Cease Fire rally at Elyton Village is scheduled for Saturday Aug. 13 at 10 a.m. This is the first time the church has partnered with the Housing Authority of the Birmingham District, according to organizers. Green asked HABD President/CEO Michael Lundy to partner by allowing use of the agency’s facilities for rallies and community service activities.

Green said the idea occurred before the recent spate of national violence involving police and communities, but was in response to rising violent crime in Birmingham. Nevertheless, called said the timing divinely inspired.

“It’s a great thing for our city,” Roper said. “It’s a great conglomerate of people who are committed to our community. You can never underestimate the power of a group of committed people.”

“Everyone is at the table,” Tyson said. “We’ve got to get them when they are young. We are listening to them, and they can see the results. We’ve got every organization sitting at the table. We’re speaking with the same voice and we’re coming up with solutions.”