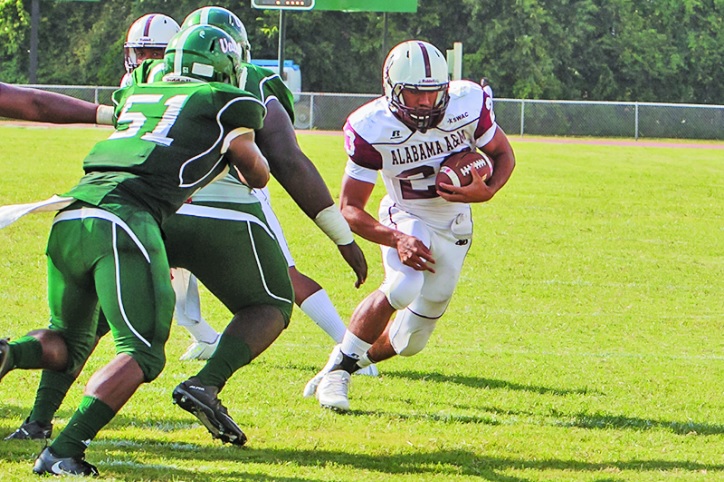 Alabama A&M really got its offense moving in 40-7 victory over Arkansas-Pine Bluff. The Bulldogs were led by senior quarterback De’Angelo Ballard who completed 17-of-27 for 214 yards and one touchdown. Ballard also had 15 carries for 89 yards and three rushing TDs.

This spectacular performance earned him the Southwestern Athletic Conference (SWAC) Offensive Player of the Week. Ballard, a 6-1, 200-pounder, displayed his skills as a passer and a runner.

Ballard received plenty of help from Alabama A&M freshman running back Jordan Bentley who had a big day. Bentley, a 6-0, 200-pounder, had 11 rushing attempts for 91 yards and one TD. He averaged 8.3 yards a carry. Bentley was named the SWAC Newcomer of the Week.

Alabama State will head into the Classic on a roll. The Hornets are coming off a 56-24 win over Mississippi Valley State. Alabama State running back Khalid Thomas had a big game against the Delta Devils. Thomas had a career-high 150 yards on 16 carries and one touchdown. He has gained 680 yards on 103 carries while scoring six TDs this season.

Hornets quarterback Quinterris Toppings connected on 10-of-16 passes for 155 yards with one touchdown and two interceptions. Toppings showed his ability to run the football picking up 46 yards on seven carries. He also scored on a six-yard scamper.

On defense, Miles College will rely on cornerback Cedric Poole for his leadership and stellar play. Poole has 39 total and 31 solo tackles and one interception this season.