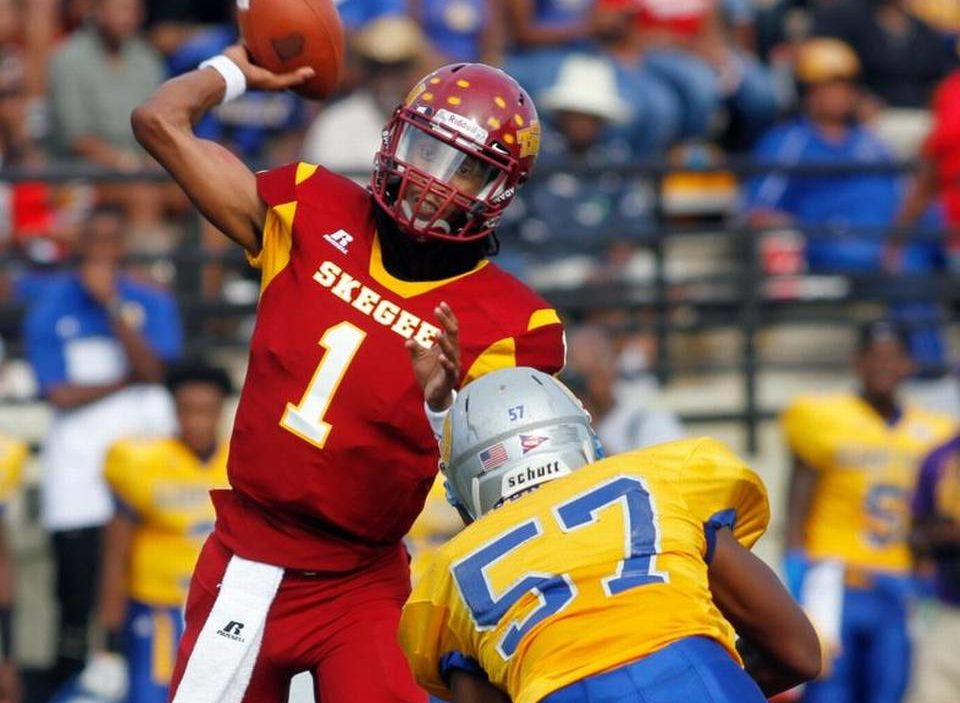 Tuskegee has put together one of the top Division II football programs in the country. The Golden Tigers will have a chance to compete on the big stage as the postseason unfolds this weekend.

Tuskegee (8-2) will face Newberry (10-1) in the NCAA Division II playoffs on Saturday, Nov. 19 at 1 p.m. The Golden Tigers currently ranked 14th nationally are seated seventh and will battle the second seeded Newberry on the road.

Tuskegee is coming off a 45-35 loss to Virginia State last Saturday. The Golden Tigers will have to regroup as they prepare to make a strong run in the playoffs. Tuskegee will be led by quarterback Kevin Lacey who chosen as the Southern Intercollegiate Athletic Conference Offensive Player of the Year. Lacey completed 113-of-208 passes for 1,768 yards with 15 touchdowns and six interceptions.

The Golden Tigers’ linebacker Osband Thompson was named the SIAC Defensive Player of the Year. Thompson has 112 total and 57 solo tackles, 2.5 sacks and one interception. Lacey and Thompson will be key player for Tuskegee in the first round playoff matchup.

Miles College (5-4) won’t return to action until Thanksgiving Day against Alabama State in the Turkey Day Classic. The kickoff will be at 3 p.m. for this game in Montgomery, Al.

However, the Golden Bears had four players who received All-SIAC recognition. Defensive back Cedric Poole and kicker Nick Christiansen were named to the all-conference first team. Defensive lineman Ashton McKenzie and defensive back Caleb Duncan were selected to the all-conference second team. Christiansen also garnered second team honors as a punter.

Poole, a multi-talented player, is defensive back and punt returner. The 6-foot, 196-pounder, has 52 total and 43 solo tackles and four interceptions. Poole led the nation in punt return average. He tallied over 30 yards a punt return for the Golden Bears.

Duncan led Miles with five interceptions. The 5-foot-10, 195-pounder, has 37 total and 20 solo tackles, 3.5 tackles for loss, one forced fumble and fumble recovery. He also has two interceptions returned for touchdowns.

Alabama A&M finished is regular season play in the SWAC last week with a 27-20 victory over Jackson State. The Bulldogs were led by quarterback De’Angelo Ballard and running back Jordan Bentley. Both players had great rushing performances. Ballard had 22 attempts for 155 rushing yards. Bentley picked up 106 yards on 20 carries.