The Birmingham Water Works Board last week voted to transfer $2 million from its economic development fund to a contract compliance program, amid questions on how the money would be spent.

Board member Sherry Lewis, who voted against, said the transfer had not been openly discussed until after it appeared on the board agenda.

“This is unheard of. No discussion. It never went to a committee,” she said. “The problem I have with it is it showed up on the agenda . . . Why didn’t we discuss this in a committee meeting so we can vet it properly and talk about it?”

Lewis continued: “Where did we get the figure of $2 million? Contract compliance program has nothing to do with economic development.”

Board President Ronald Mims and Board members Kevin McKie, William Muhammad and George Munchus voted for the transfer.

MicKie seemed to indicate some of the money would be spent on a disparity study. Disparity studies determine how well an organization has involved small and minority owned businesses and to what extent, remedial programs for racial or gender discrimination are appropriate.

“We’re not spending any of the money unless we vote on it to do a disparity study, or whatever we happen to choose from, on how we want to move the program forward,” McKie said. “This is not to spend $2 million. This is to put it in a fund to later vote on it if we want to move forward the program.”

McKie further explained that the transfer is “there to initiate the program.”

“With a disparity study?” Lewis asked.

McKie: “That’s one of the things.”

McKie: “It wouldn’t matter because we’re not going to spend it.”

McKie asked Water Works General Manager Mac Underwood whether the money was being moved from a capital fund.

“That’s a big question,” Underwood said. “Because capital funds should be spent on capital projects and this is an operational contract compliance issue . . . we’re actually moving it from the reserve fund to an operational fund and the problem is, what are you going to sustain the project with once you get it up? If it’s operation it should be added to the operating budget.”

Lewis said, “I don’t think we should arbitrarily just move money around like this when we have it set aside in a reserve fund for a specific purpose.” 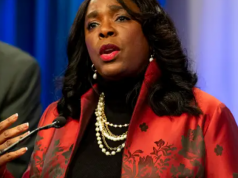 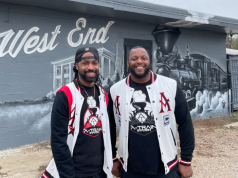