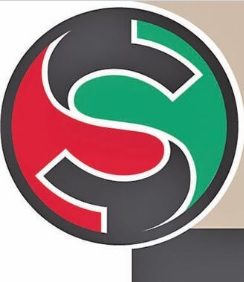 I’ve written some op-ed pieces on A. G. Gaston in the past which have appeared in local news publications so, as I thought about what to say here, my concern was that I didn’t just regurgitate what I and others have said before.

Most of us know Gaston’s rags to riches story; know that his acumen as a business man was “par excellence.” We know the types of businesses he started; we even remember the names of his enterprises (although most are closed by now), so as I considered this piece, I contemplated a different angle.

I received an opportunity to speak to the Bessemer Chamber of Commerce and spent a few minutes during my remarks reflecting on how crossing paths with A.G. Gaston changed my life for the better. As a man of faith, I fully recognize that my meeting Dr. Gaston, seeking and obtaining employment at the bank he ran and impressing him and others enough to be elevated and promoted within the company and within Birmingham’s business community was God’s plan and executed by His hand.

Then I thought about all the things I was able to do while employed at Citizens Federal, like helping to start the Birmingham Association of Urban Bankers which allowed me to interface with senior level bank executives throughout Birmingham and other parts of the country. The Urban (code for Black) Bankers chapter we created gave us exposure and allowed us to interface with and get to know influential elected officials.

I believe it was because of those interactions that I was asked to participate on a task force that helped craft Mayor Richard Arrington’s “Birmingham Plan.” So there’s no doubt the benefits I received while running the loan department at the bank Gaston founded during the 1950s catapulted my career.

As I look back I see clearly that I started to become the man I am now at Citizens Federal, A. G. Gaston’s bank. My next two positions in banking, my ability to enlist support for Community Reinvestment initiatives, the creation of the Birmingham Community Investment Partnership and the Birmingham Business Resource Center were direct results of my crossing paths with, working for and being promoted by Gaston.

Just to be clear, during my time in Dr. Gaston’s employ, I was not his protégé. It would be incorrect to assume that he followed my career. The fact is, Gaston probably never realized what he did for me. But, I believe in giving credit where credit is due. So, to demonstrate my gratitude, my colleagues and I will once again honor this great human being at the Thirteenth Annual A. G. Gaston Conference to be held at the BJCC February 14-15.

The conference is a “think tank” venue where conversations are held and ideas are formulated which are focused on economic empowerment through enterprise development. For more information on the conference visit www.aggastonconference.biz.

I believe we must elevate entrepreneurs to heroic status. In much the same way we cheer for athletes and entertainers, we must honor entrepreneurs, past and present. Gaston’s attributes, his philosophy, his example is to be memorialized and immolated. Our annual conference does that. Business ownership is key to elevating our communities. Enterprise, commerce, self-employment, and entrepreneurship are vital to community, human and economic development. In my opinion, there is no better hero, no better role model, no better example of overcoming obstacles than Gaston. He had big dreams and acted them out, created opportunities for others, surrounded himself with talent, and he found needs and filled them. Arthur George Gaston, the man who helped me become the person I am today is absolutely one of my heroes.