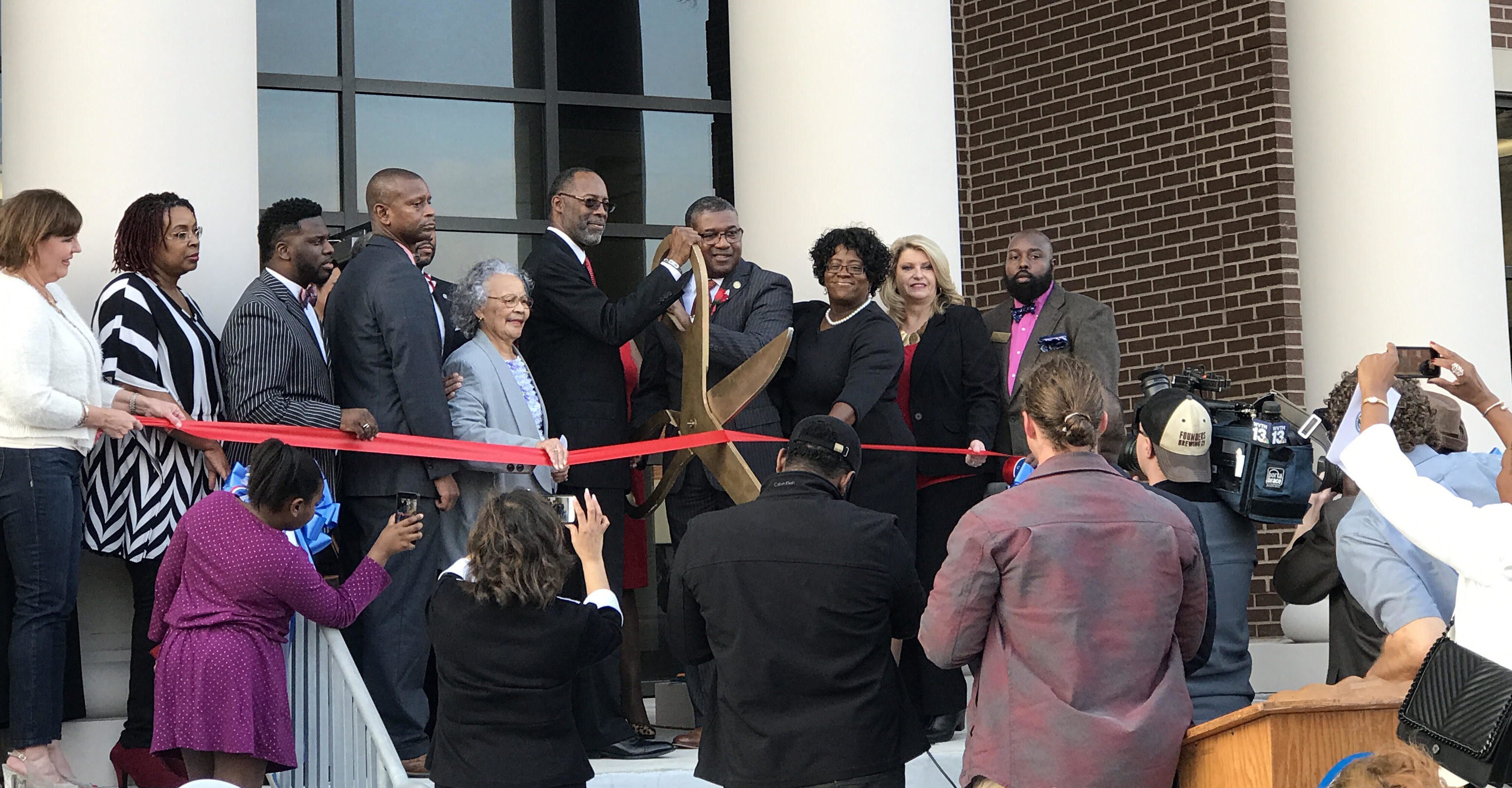 Hundreds of guests were on hand for the festive and historic event as the city celebrates its 130th anniversary this year.

The location of the new city hall facility is symbolic of Bessemer’s commitment to its downtown revitalization. The city government is investing back into the community and inspiring others to do the same.

“You can’t go out and ask someone to invest in your city when you haven’t invested in it yourself,” Gulley said.

Bessemer City Councilor David Vance said, “We went around to different locations around the city to try to find a better location, but we came to the conclusion that if you don’t invest in the downtown of your own city, what makes you think that other businesses would do that?”

One of the city’s most active residents, the Executive Director of the Bessemer Farmers Market, Joe Openshaw, also saw more than just a building: “We’ve got the new recreation center, we’ve got our farmers market, which each year is getting better and better. The new city hall is representative of the progress the city is making,” he said.

Gully explained that the old city hall, which was constructed in 1938, was no longer in proper physical condition, and after due assessment, the city realized that building a new city hall would actually make more economic sense than updating the old building.

The new building is 29,000-square-feet, has three floors, and sits across from DeBardeleben Park. Offices for the City Clerk, Building Inspections, Community Development, Finance, the City Council, and the Mayor’s Office will be housed in the building. There is also room for future growth on the building’s third floor.

Each department will be housed under one roof. The city clerk’s office is on the first floor, council chambers on the second, and the mayor’s office is on the third floor of the building. A former gas station site in the building’s rear has been transformed into a parking lot for city employees. The facility officially opened its doors on Feb. 20.