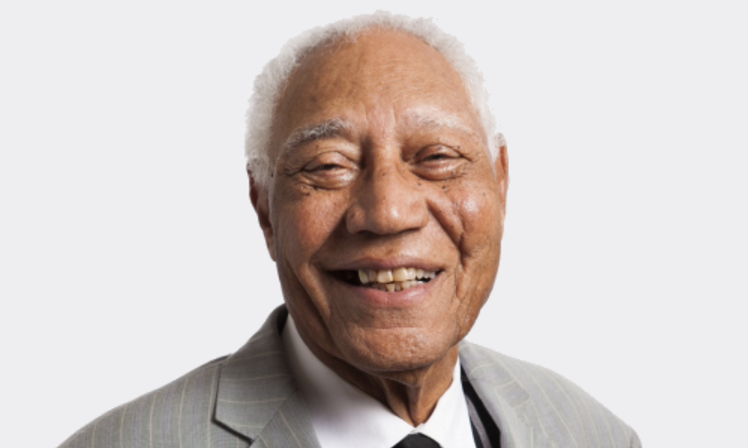 Cudjo Lewis is recognized as the last person born on African soil to have been enslaved in the U.S. when slavery was still legal. Lewis was born Oluale Kossola in Benin and sold into slavery in 1860, after King Ghezo of Dahomey attacked his community, killing the king and much of the town. Lewis was among the survivors taken captive. Lewis arrived in America on the last recorded slave ship, the Clotilda, which arrived illegally in Mobile in 1860, 52 years after America had abolished the international slave trade. He was emancipated in 1865 and helped found Africatown, a settlement outside of Mobile, with former slaves from the Clotilda. During Lewis’ final years, his story became known by journalists.

Jesse Lewis Sr., founder of The Birmingham Times, was born in Tuscaloosa, Ala., in 1925. He served as an infantry soldier during World War II and participated in the European Operation. In 1954, he founded his first venture, Jesse J. Lewis and Associates advertising agency, one of the first black-owned agencies in the U.S. In 1963, he founded The Birmingham Times, which is now under the management of the Foundation for Progress in Journalism. In addition to founding The Birmingham Times, Lewis was a principal owner of the first black-owned Walgreens in Alabama; the founder and president of Lewis Mortgage Investment Co.; and author of three books. Lewis is president and CEO of The Lewis Group, a political, project, and policy consulting firm. He also served as president of Lawson State Community College from 1978 to 1987.

Athens, Ala., native Dr. Charles Eric Lincoln was a scholar, author, and lecturer on the sociology of African-American religion, race, and ethnic relations in the U.S. He authored, co-authored, or edited many books and articles about the African-American experience, including “The Black Muslims in America” (1961), “The Black Church Since Frazier” (1974), and “Race, Religion, and the Continuing American Dilemma” (1984). In 1988, he wrote a novel dedicated to his friend and fellow civil rights author Alex Haley: “The Avenue, Clayton City.” The novel won the Lillian Smith Award for Best Southern Fiction in 1988, as well as the International Black Writers’ Alice Browning Award in 1989.

Onnie Lee Logan, from Marengo County, Ala., was one of the last midwives in the U.S. Logan delivered babies in South Alabama for more than 50 years. From 1931 to 1984, Logan delivered almost every child born in Prichard and predominately black neighborhoods in Mobile. Logan’s services were indispensable during the Great Depression, when she and other midwives delivered the children of mostly poor black and white mothers in lieu of doctors. Even though lay midwives were outlawed in the state by 1976, Logan, then the only remaining midwife in Mobile, was allowed to continue to practice under a special permit from local authorities until 1984.

Dr. Herman Hodge-Long, president of the United Negro College Fund from 1970 to 1975, is credited with inventing the organization’s famous tagline—“A mind is a terrible thing to waste.” Hodge-Long, born in Birmingham, Ala., was a scholar, college administrator, researcher, and author who pioneered several studies in race relations. Long’s research for his 1947 book, “People vs. Property: Race Restrictive Covenants in Housing,” co-authored with Charles S. Johnson, led to the U.S. Supreme Court’s decision to outlaw a state’s ability to enforce racially restrictive housing covenants.

Joe Louis—born Joe Louis Barrow in La Fayette, Ala., in 1914—is known as one of the greatest prizefighters of all time. He started his professional career in Detroit in 1934, quickly garnering a reputation for his exceptional skill in the ring and the style he brought to the sport. Louis, who earned the nickname the “Brown Bomber,” won his first 27 fights, with all but four of those wins from knockouts. His most famous fight is the 1938 “Battle of the Century,” a rematch between him and German boxer Max Schmeling, who had beat Louis in 1936. This time, however, Louis beat Schmeling by a knockout in the first two minutes and four seconds of the first round. Throughout his career, Louis beat five world champions. He still holds the record of successfully defending his heavyweight title 25 times, more times than any other heavyweight in history.