History comes alive in movies, and over the years some fine films about black history have been released. Some, like “Glory” and “Hidden Figures,” received critical acclaim and several Oscar nods, while others that may not have received the same exposure were no less effective.

Here’s a look at films, television shows, and documentaries that should be on your list if you want to learn more about black history. Whether based on fact or not, they all are set during or tell the story of real-life events. 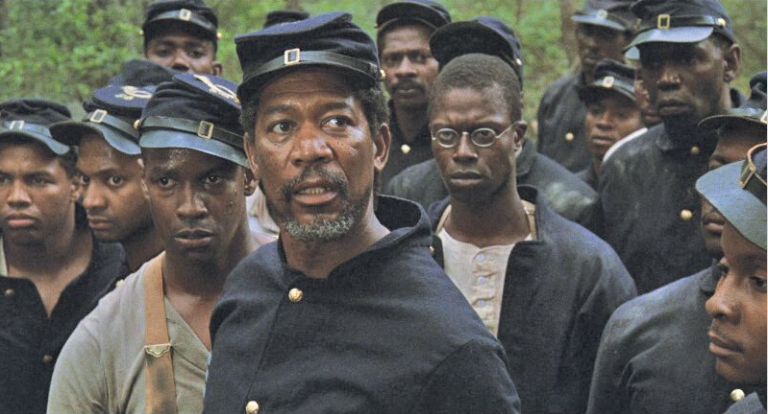 What it’s about: Edward Zwick directed this tale of Col. Robert Gould Shaw (portrayed by Broderick), who was put in charge of the 54th Massachusetts Volunteer Infantry, a battalion of black soldiers. (This film was nominated for five Academy Awards and won three, including Washington’s first, for Best Actor in a Supporting Role.) 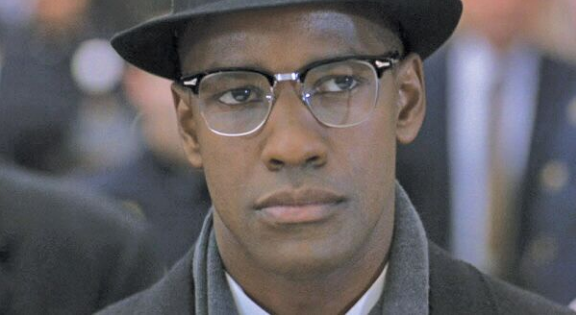 What it’s about: In this Spike Lee–directed film, Washington portrays the famed activist from his youth to his conversion to Islam to his emergence as one of the great leaders of the 20th century. (Washington’s performance earned him an Academy Award nomination for Best Actor in a Leading Role.) 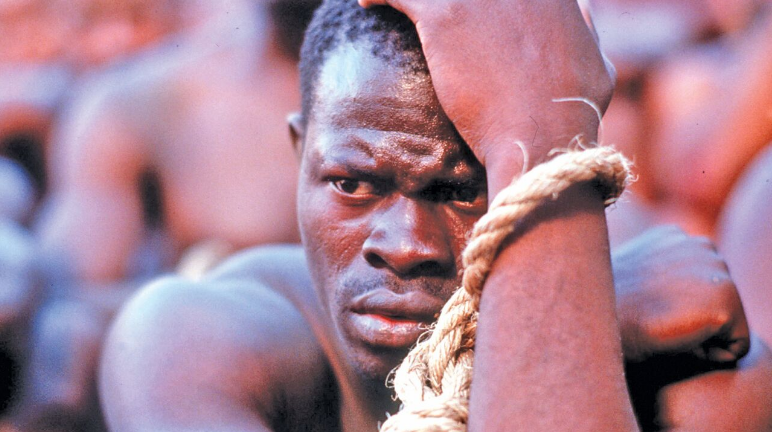 What it’s about: Steven Spielberg directed this look at a U.S. Supreme Court case (United States v. Schooner Amistad), which involved a group of slaves who in 1841 led a mutiny on a slave ship headed to Cuba and were apprehended on American soil. (The film received four Academy Award nominations.) 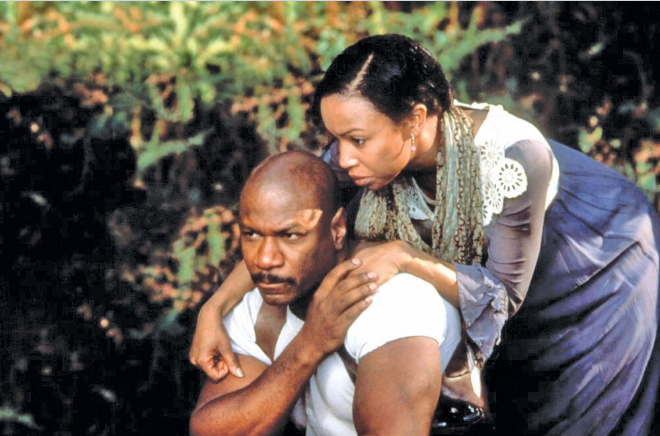 What it’s about: In 1923, a black town in Florida is burned to the ground and its people are murdered because of a lie. Some escape and survive because of the courage and compassion of a few extraordinary people. Rhames, starring as Mann, aids the surviving African-Americans as they escape the town with the help of a humble store owner played by Voight. 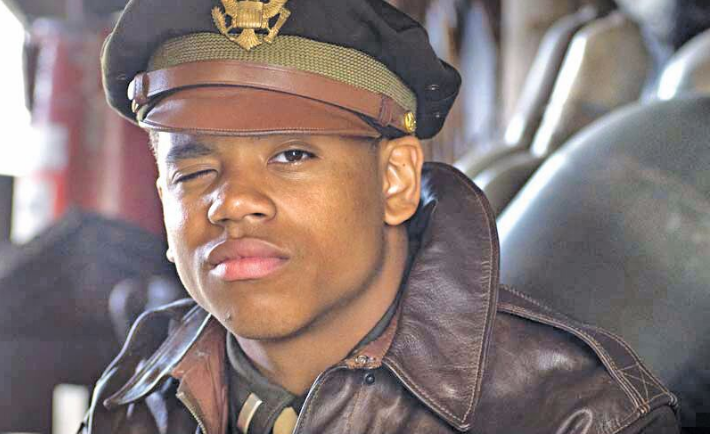 What it’s about: This film tells the story of the Tuskegee Airmen, as seen through the camera lens of Executive Producer George Lucas and Director Anthony Hemingway. Though it only scratches the surface, it’s a good primer about the renowned World War II pilots. 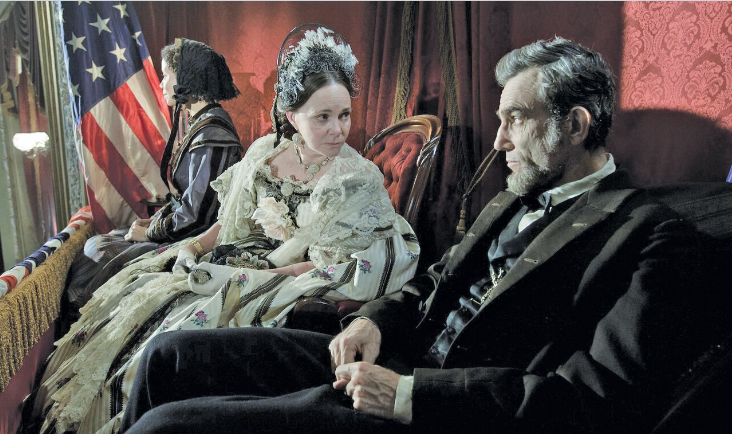 What it’s about: U.S. President Abraham Lincoln endeavors to achieve passage of the Thirteenth Amendment, the landmark legislation that would forever ban slavery from the U.S. His task is a race against time because the Civil War may end at any time. If peace is achieved before the amendment is passed, the returning Southern states will stop the measure before it can become law. Lincoln must obtain enough votes from a recalcitrant Congress before it’s too late. (The film was nominated for 12 Academy Awards and won two, including Best Actor in a Leading Role for Day-Lewis.) 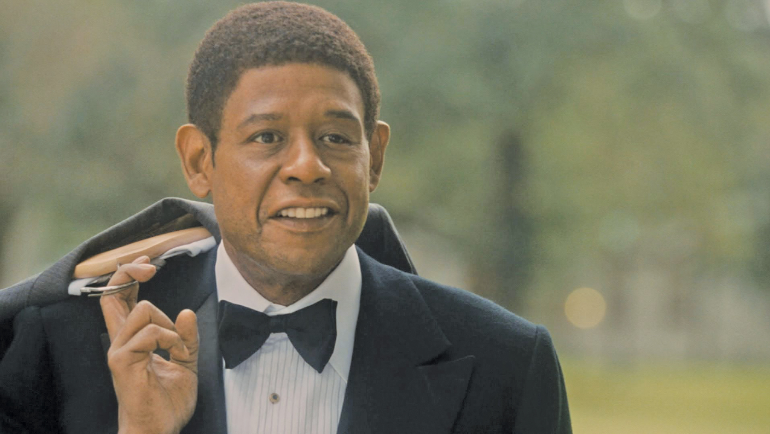 What it’s about: Whitaker stars as Cecil Gaines, an African-American who served as a White House butler for 34 years. Loosely based on the real-life story of Eugene Allen, the movie takes Gaines and his family through many of the seminal historical events of the 20th century.

What it’s about: Partially filmed at Birmingham’s Rickwood Field and other Alabama locations, “42” tells the story of Jackie Robinson, the first black man to play professional baseball. (Another choice for this bit of history might be 1950’s “The Jackie Robinson Story,” in which the second baseman plays himself.) 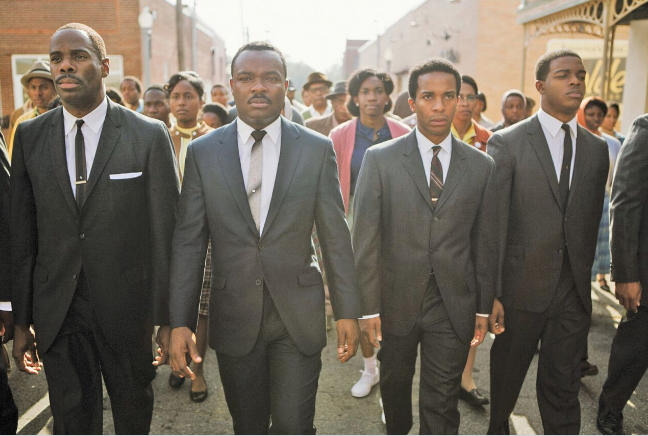 What it’s about: This film covers the tumultuous three months in 1965 when Dr. Martin Luther King Jr. led a campaign to secure equal voting rights in the face of violent opposition. The epic march from Selma to Montgomery culminated in President Lyndon B. Johnson signing the Voting Rights Act of 1965, one of the most significant victories for the civil rights movement. (The film was nominated for two Academy Awards, including Best Picture; it won for Best Original Song: “Glory,” by John Legend and Common.) 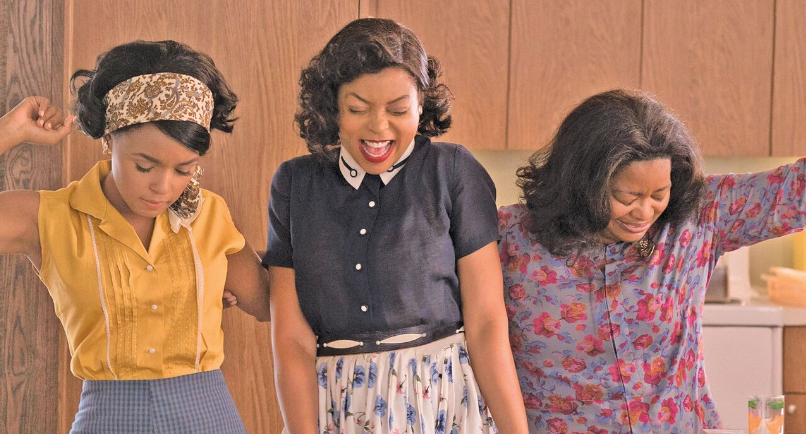 What it’s about: The untold true story of black female mathematicians at NASA who helped to ensure the success Project Mercury and other early space missions. (This film is up for three Academy Awards, including Best Picture and Best Actress in a Supporting Role for Spencer; the ceremony will take place on Feb. 22.) 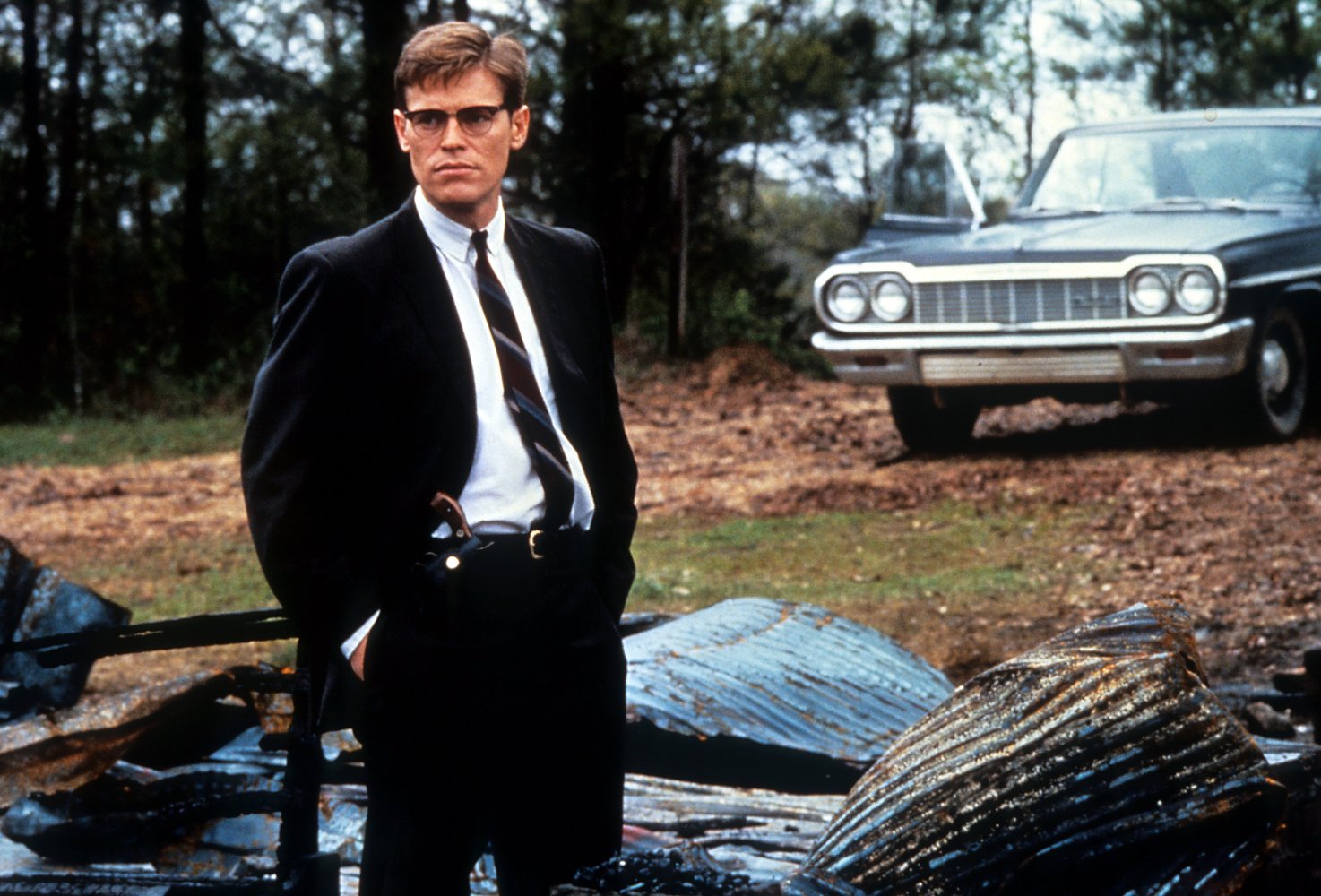 What it’s about: This film tells the story of two FBI agents investigating the murder of civil rights workers during the 1960s, as they seek to breach the conspiracy of silence in a small Southern town where segregation divides black and white. The younger agent trained in FBI school (Dafoe) runs up against the small-town ways of his former-sheriff partner (Hackman). (The film was nominated for seven Academy Awards and won one for Best Cinematography). 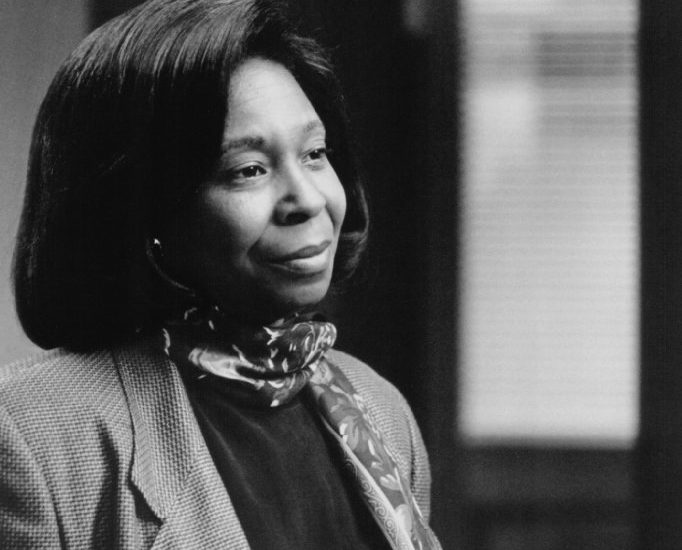 What it’s about: This film about the final trial of Byron De La Beckwith, assassin of heroic civil rights leader Medgar Evers, begins with Evers’s murder on June 12, 1963, and the events surrounding the two initial trials that both ended in hung juries. The movie then covers district attorney Bobby De Laughter’s transformation and alliance with Evers’s widow, Myrlie, as he becomes more involved with bringing Beckwith to trial for the third time—30 years later. De La Beckwith was convicted on Feb. 5, 1994, after having remained a free man for much of the three decades following the murder, finally resulting in justice for the Evers family. Two of the Evers children—Darrell Kenyatta and James Van—portrayed themselves in the film; and Yolanda King, daughter of the Rev. Dr. Martin Luther King Jr., also had a role. 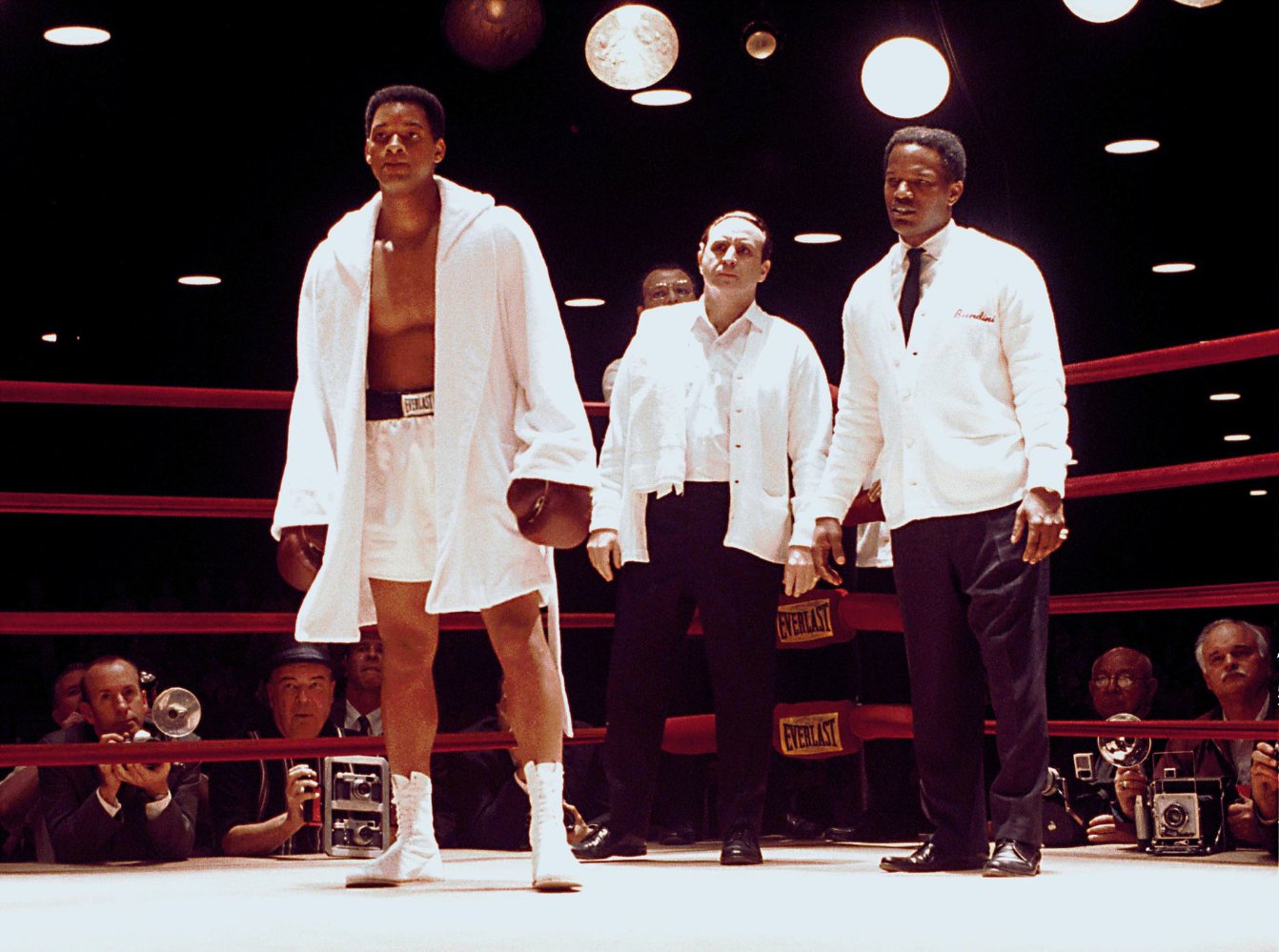 What it’s about: Smith stars as Ali, picking up the boxer’s life when he is Cassius Clay and is just about to change his name. It delves into Ali’s life both in and out of the ring, including the controversy surrounding his stand against the Vietnam War, and his relationships with famed sports journalist Howard Cosell (portrayed by Voight) and others. (Smith’s and Voight’s performances earned the film’s two Academy Award nominations.) 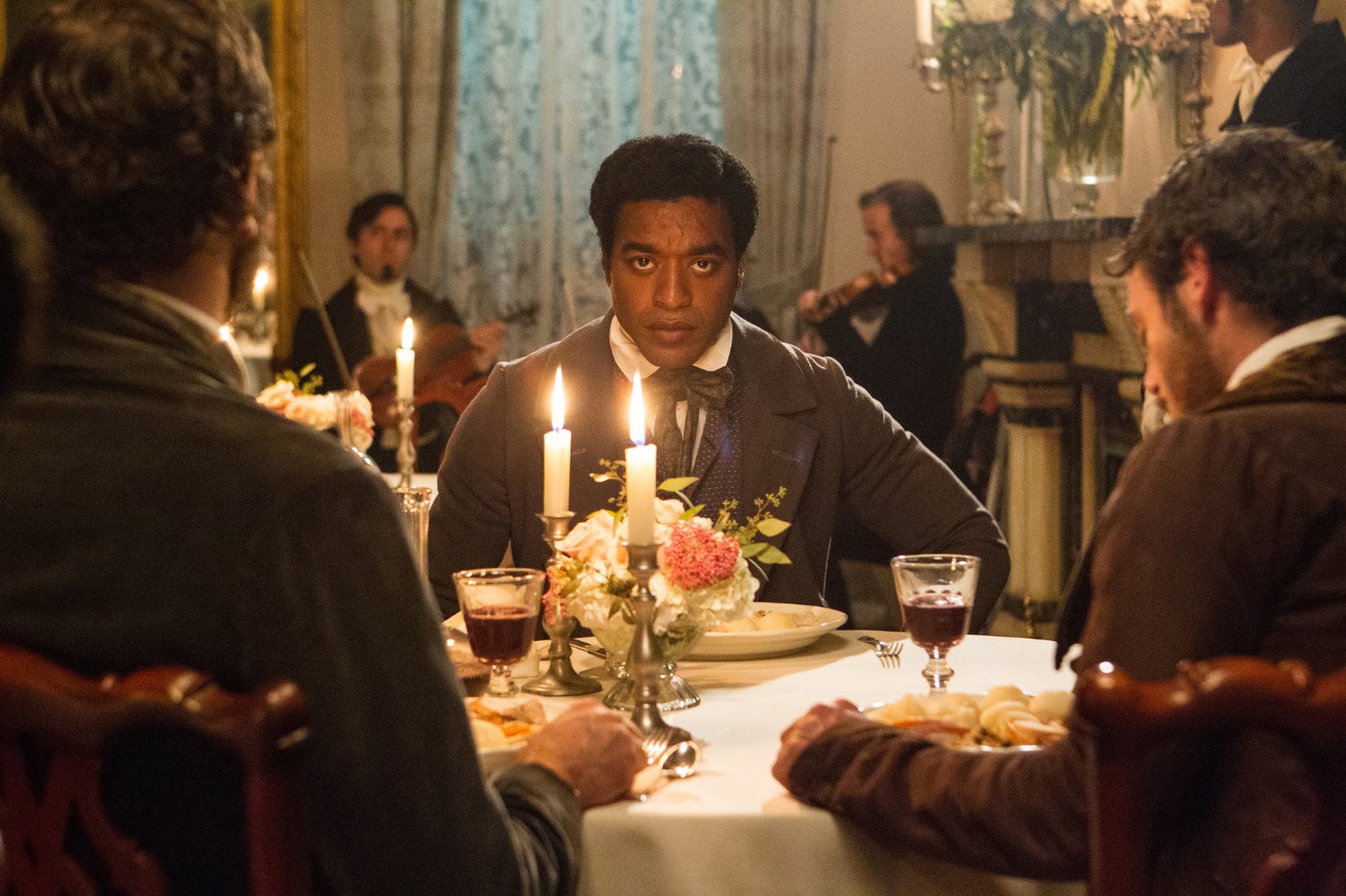 What it’s about: In the pre–Civil War U.S., Solomon Northup, a free black man from upstate New York, is abducted and sold into slavery. Facing cruelty personified by a malevolent slave owner, as well as unexpected kindnesses, Northup struggles to not only stay alive but also retain his dignity. (The film was nominated for nine Academy Awards and won four, including Best Picture and Best Supporting Actress for Nyong’o.)

What it’s about: Nat Turner (portrayed by Parker) is a literate slave and preacher, whose financially strained owner, Samuel Turner (Hammer), accepts an offer to use Nat’s preaching to subdue unruly slaves. As he witnesses countless atrocities—against himself and his fellow slaves—Nat Turner orchestrates one of the most infamous uprisings in U.S. history in the hopes of leading his people to freedom. 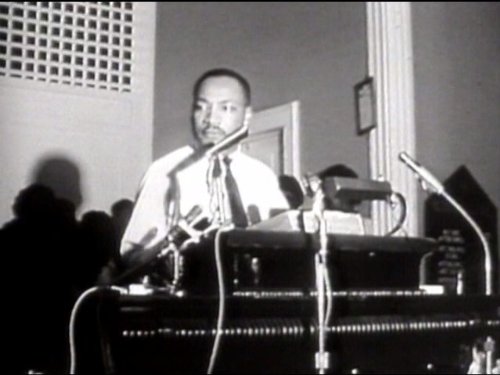 This 14-part series delves into the civil rights movement from 1952 to 1965. The filmmakers used only primary sources, such as archival footage and real interviews with people immediately involved in the events being discussed; they also put special focus on everyday people who influenced the cause. (Episode six, “Bridge to Freedom,” was nominated for an Academy Award for Best Documentary Feature.) 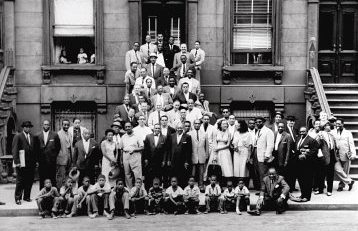 This documentary tells the story of photographer Art Kane’s 1958 iconic photograph of all the great jazz musicians of the era. 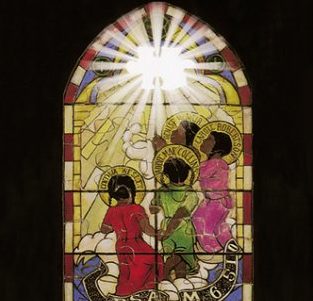 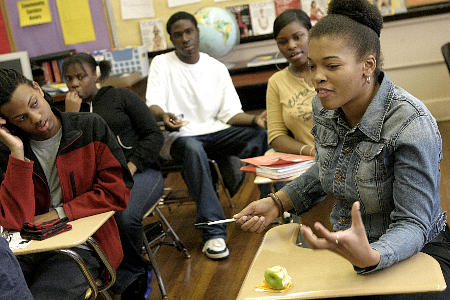 This film about the landmark Supreme Court Case decision in Brown v. Board of Education features interviews from people directly involved in the case. 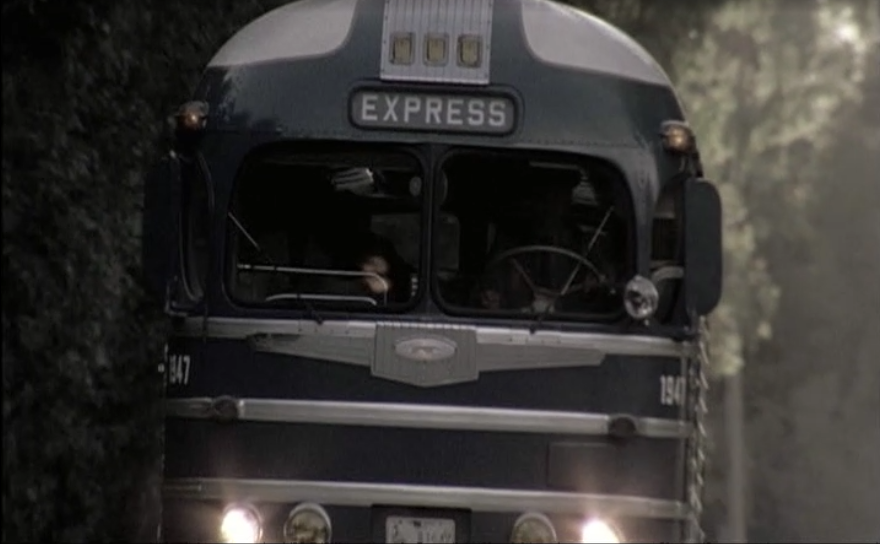 This documentary tells the story of the summer of 1961, when more than 400 black and white Americans risked their lives traveling together to protest segregation in the South. Deliberately violating Jim Crow laws, the Freedom Riders were met with bitter racism and mob violence along the way. Still, they continued to ride and find new ways to sustain and expand the movement.

The African Americans: Many Rivers to Cross (2013) 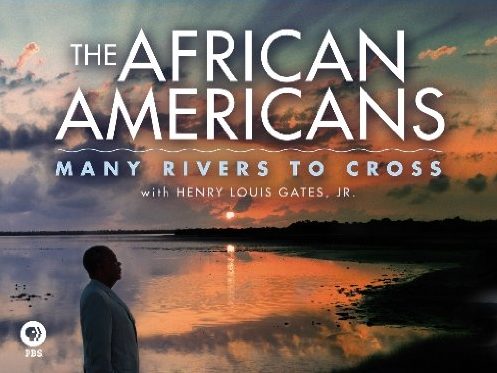 This series spans 500 years and two continents as Harvard professor Henry Louis Gates Jr. takes viewers on a journey of the black experience throughout the U.S. On the way, he visits historic sites, engages in passionate debates with America’s top historians on African-American history, and interviews eyewitnesses who have been on the front lines of change.

The Autobiography of Miss Jane Pittman (1974)

During the racial turmoil of 1960s Louisiana, 110-year-old ex-slave Jane Pittman grants an interview to a persistent journalist and tells the story of her life. Orphaned early, Pittman toils on a plantation until a chance meeting with a white Union soldier named Brown changes her outlook. Her emancipation marks only the beginning of an arduous and heartbreaking odyssey, framed by the horrors of slavery and the justice of the civil rights movement. 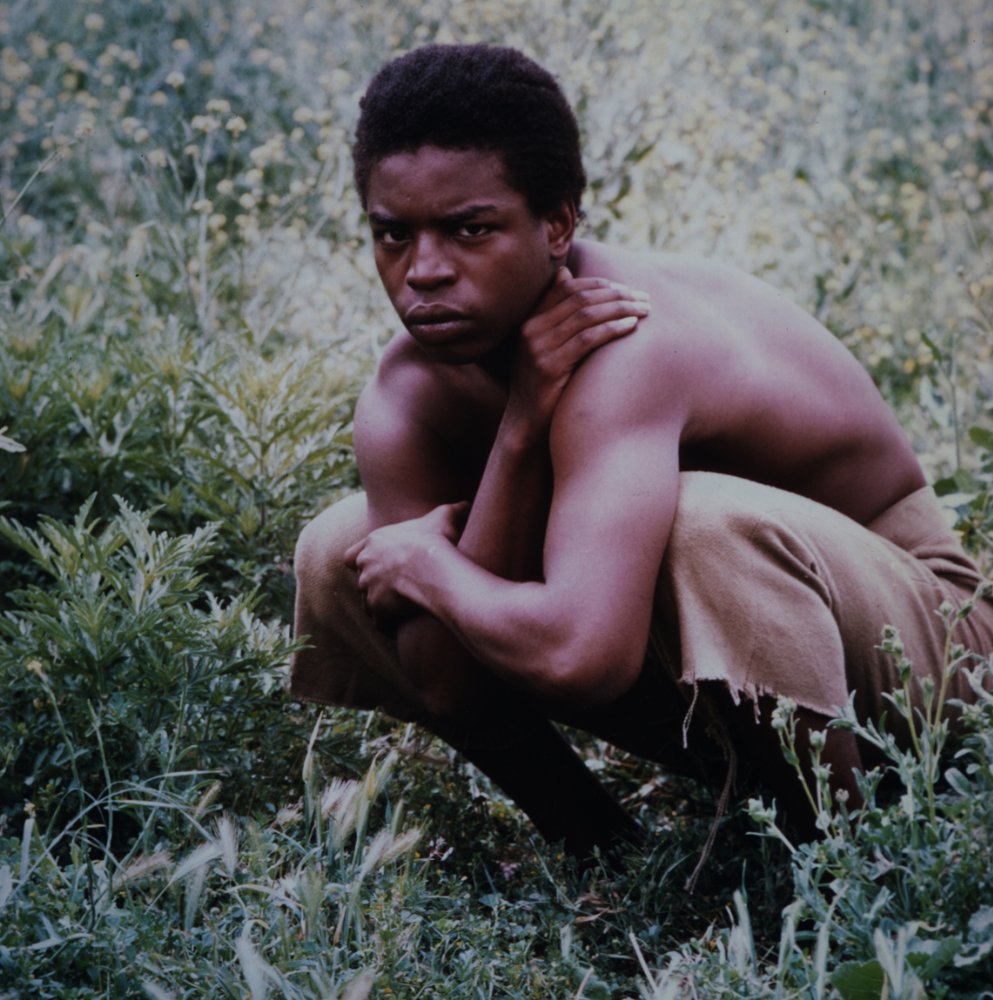 Alex Haley chronicles the story of his own family across many generations. Beginning with Kunta Kinte, an 18th-century African who is captured and sold into slavery in the U.S., and tracing Kinte’s life and the lives of his descendants in the U.S. through to Haley himself. This film gives a thorough look into the history of one African-American bloodline. Eighty-five percent of all American households watched all or part of the miniseries when it aired.

This movie traces the life of Medgar Evers, the former insurance salesman turned National Association for the Advancement of Colored People (NAACP) field secretary who was instrumental in the desegregation of the University of Mississippi and organizing boycotts against Southern white merchants who discriminated against blacks. Evers truly believed that the Constitution included the rights within for each American citizen, no matter what color or class. His valiant battle for equality ended with his assassination at the hands of white supremacist Byron De La Beckwith on June 12, 1963. 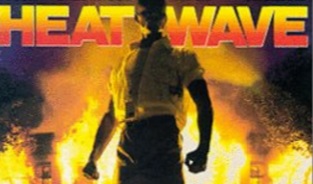 Set during the Watts Riots in 1965, this movie tells the story of Los Angeles Times reporter Robert Richardson. He is the only journalist on the staff who is able to cover the story because he is black, and white reporters are unable to gain access to the area and the rioters. 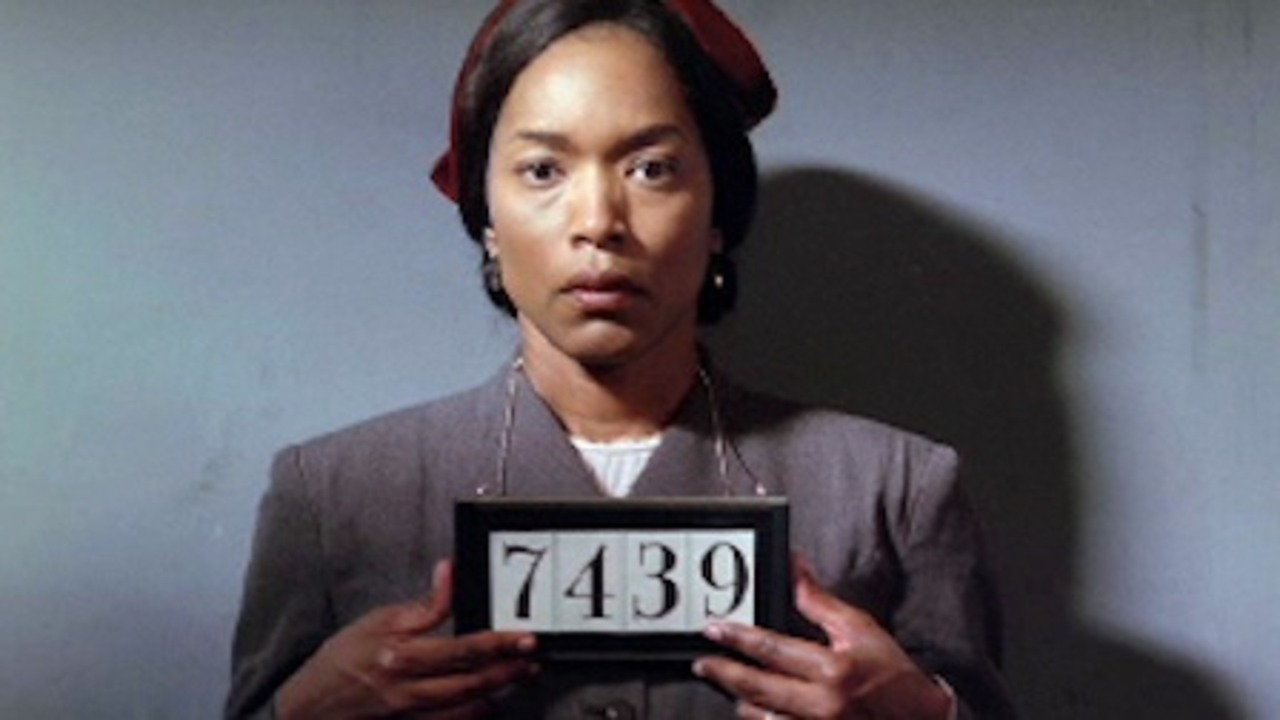 This movie gives an account of Rosa L Parks, who after working all day on Dec. 1, 1955, takes a seat in the designated “colored” section of a Montgomery, Ala., city bus. When the “white” section at the front fills up, the white driver orders Parks to relinquish her seat. She refuses, and is arrested and jailed. On the day of her trial, civil rights activists organize a one-day bus boycott. With its success, they established the Montgomery Improvement Association and begin a citywide bus boycott, led by a new local minister, the Rev. Dr. Martin Luther King Jr. The boycott lasts 381 days. Eventually, a ruling by the U.S. Supreme Court in a related case declares bus segregation unconstitutional.