Birmingham will be “painted pink and green” from March 15 – 19 as Alpha Kappa Alpha Inc. will hold its 85th annual South Eastern Regional Conference at the Birmingham Jefferson Convention Center.

The three-day conference is expected to draw 3,500 members and include workshops, service projects, banquet celebrations, and a ceremony to honor local citizens who have done exceptional work in the city.

Rena Ramsay, conference chair, said the gathering is an opportunity to share with the community “the programs we have and recognize some of our local citizens who have done outstanding work in certain areas.”

Many of the citizens recognized are not AKAs, Ramsay said.

The conference will also host workshops dealing with anti bullying with students from Parker High School and Ramsay High School in attendance.

“The overall curriculum is related to anti bullying and harassment which is a major concern on the national level, as well as the international level,” said Gwen Tilghman, vice chair of the conference. “The city of Birmingham, the mayor’s youth division will participate as well. Many of the local cities are involved in an initiative involving anti-bullying and we are partnering with the city to initiate the process.”

The sorority will also address hazing with a focus on college members in attendance.

“Some of the workshops will include what to actually do in terms of risk-taking and making sure that our members are compliant and not involved in any hazing or anything that wouldn’t represent the chapters well,” Tilghman said. “We will also have workshops about foundations that are business-oriented. Not only are they about AKA business, but it goes beyond so we can make a contribution to society as well.”

Part of the festivities is an on-going service project.

“Our international president has the goal of collecting one million backpacks during the term of her administration, so we’ll be collecting backpacks during the conference,” Ramsay said. “We are also donating a park bench at Jackson Olin High School in recognition of one of our past members who is very active in the Birmingham community, and in Alabama.”

The conference was last held in Birmingham in 2011, but over the past three years, the city has been the host city for the sorority for various events and conferences.

“In addition to the regional conference, we also hosted the 2015 Cluster and the Undergrad Round Up in 2016,” Ramsay said. “The city has benefitted greatly in the membership visiting here as well as making an economic impact in the city. Over all we are making a $1.7 million impact on the city.”

Restaurants may be the biggest beneficiaries of the convention, Ramsay said.

“While we have some luncheons, we have 3,500 members who will be out looking for a place to eat,” Ramsay said. “If any businesses want to entice us just have something pink and green up.” 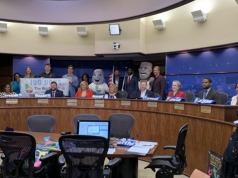 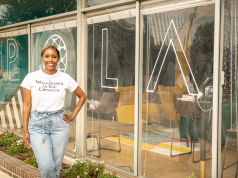 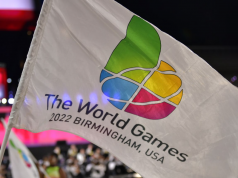