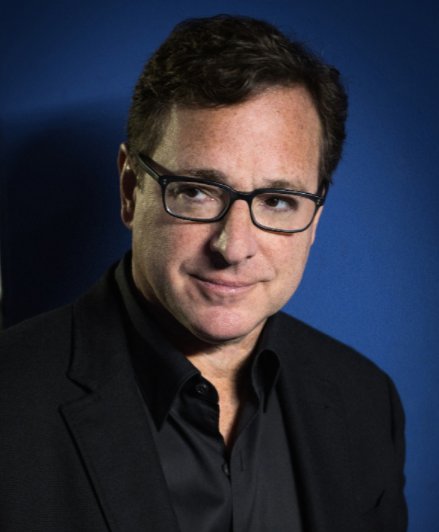 BUSINESS AT BREAKFAST, 8-9 a.m. at the BJCC North Meeting Room A.

BANTAM FOXES, THE DOZENS and FIVE SHOT JACK, 9 p.m. at the Nick.

STRAND OF OAKS and MOUNT MORIAH at Saturn.

CAHABA, PARTICLE DEVOTION, GIANT SUNBEAM and THE NOISE 9 p.m. at The Nick.

BLACK PUSSY, THE DIRTY LUNGS, ASPHALT CROWN and RATOBABY at The Nick.

EVAN TAYLOR JONES, and AMACIO FAVOR at The Nick.

MAKE YOUR MARK by COURTNEY R. RHODES – The book, Make Your Mark, explores the concept of how thinking of your life in terms of branding can help you pin down exactly what you desire and create a road map to realizing those dreams. Make Your Mark will inspire you to explore your values, how you are wired and what motivates you to distinguish yourself from others in your market offering similar capabilities or services. You can incorporate the four pillars of personal branding success and follow proven corporate branding, marketing communications and advertising best practices to discover the goal driven person who has been waiting just beneath the surface to dream big, brand smart and blaze a trail in your life.

FOR MUSIC LOVERS AND SPOKEN WORD…

BO BERRY QUARTET, Friday, 7 p.m. to midnight (every Friday) at Jazzi’s on 3rd.

GUITARIST EVAN TAYLOR JONES performs at the Nick, next Thursday. Jones is an eclectic soul-rock artist and singer/songwriter from Orlando, Florida. His voice is truly a revelation of the experiences he’s known growing up. Excelling in high school, as a scouted basketball player, music began to play an important role in Evan’s life after he tore his labrum during District Semi-Finals. While healing from the injury, Jones began his journey with a guitar. Evan represents the soul of the late-greats and classics from the Motown and Muscle Shoals era, with songs centered around love, peace, happiness and triumphant over-comings, embellished stylistically in edgy rock ‘n roll. Do not let the dread locks fool you! Jones is nothing shy of Lenny Kravitz in his prime. Jones reaches fans in over 34 countries. Shortly after his first official studio release, ‘Songs From An Old Soul’, Evan went on tour with a six piece band, trekking through the Southeast of America. ETJ has had the honor of playing for a sold out crowd when he opened for Bob Marley’s legendary band, The Wailers, at the House of Blues in Orlando. He is currently promoting his new music titled, ‘The Sunray Sessions’ Live EP,

AT SPACE ONE ELEVEN’S –

FREEDOM? – An exhibition FREEDOM? at the University of Alabama in the Paul Jones Gallery, through April 28.

ART AFTER 5, 5-9 p.m. Friday, with a special flower design demonstration with Sybil Brooke Sylvester of Wildflower Designs and a book signing of her book, Fresh.

SATURDAY DAY HIKE – 8 a.m. – Southeastern Outings Kayak and Canoe Trip, at Sipsey Fork River. DETAILS: Scenic Southeastern Outings kayak and canoe kayak trip in the Bankhead National Forest just outside the lovely Sipsey Wilderness in Winston County, Alabama. The river is relatively easy with one class II rapid, winds through high rock cliffs lined with overhanging hemlock trees and is one of the most scenic stretches of river. The scenery is inspiring.

Contact UAB Outdoor Pursuits to rent a canoe. After the canoe and kayak trip plan to go to a restaurant for an optional dinner. Bring a change of clothes for dinner, your shower things and $2 exact change. Depart promptly at 8: a.m. from the Kmart Green Springs or 9:30 a.m. from Jacks in Double Springs.

Reservations Required: You are required to contact Dan Frederick, (205)631-4680 or email seoutings@bellsouth.net, if you plan to come on this canoe/kayak trip. Leave your name, telephone number, skill level, whether you are bringing a canoe or kayak and whether you need a paddling partner.

SUNDAY, 1 p.m. – Southeastern Outings Second Sunday Day Hike in Oak Mountain State Park. DETAILS: Enjoy a moderate four-mile walk in the woodlands near Birmingham. This is an excellent outing for making new friends who enjoy the outdoors. Parts of this hike may be off the color-coded trails. There will be some ups and downs. Well-behaved, properly supervised children age 8 and up able to walk the distance of about four miles and complete the hike are welcome. Share an adventure! Bring a friend. Optional dinner after the hike. Depart 1 p.m. from the Oak Mountain Park office parking lot. Please bring $5/person ($2 seniors) park admission fee plus your drink. Fore more information, contact Doris Hatch, (205) 901-8367.

AT THE BIRMINGHAM CIVIL RIGHTS INSTITUTE….

APRIL WALKING TOURS, Saturdays, 10 a.m. through April 29. The hour long tour is FREE and begins at the main entrance to BCRI, allowing visitors to experience the culture and history of Birmingham’s Historic Civil Rights and Fourth Avenue Business Districts. Barry McNealy, a veteran BCRI consultant and Master Tour Guide will lead the excursions. McNealy is a social studies teacher at A.H. Parker High School. The tour is part of the Alabama Tourism Department April Walking Tours program and is free to the public. For more information, call 328-9696 x 234 or go to www.bcri.org or www.alabama.travel.

TIM STATUM, TODAY! Entertaining audiences wherever he goes, Tim is a Birmingham native who will keep you in stitches with his southern style humor and storytelling. Tim incorporates real-life stories of growing up in the country with classic stand up comedy to provide a hilarious evening.

THIS WEEKEND: BOB SAGET. Yes, Bob Saget has starred in many successful television shows, including two of the most family-friendly shows network TV has ever produced (“Full House” and “America’s Funniest Home Videos”) but he’s also an out of his mind stand-up comedian for over 30 years. From his 2014 Grammy-nominated stand-up special, “That’s What I’m Talkin’ About” to his scene-stealing cameos in “Entourage,” and “The Aristocrats,” it’s always effective as Saget embraces his dark side. In January 2016, Bob completed a nine-week run on Broadway as Pastor Greg in the Tony-nominated play, Hand To God, and his first book, Dirty Daddy, is a New York Times Best Seller with Vanity Fair calling it, “Hilarious and at times heartbreaking.” Bob will be seen in the upcoming third season of the hit Netflix series, Fuller House, which premiered its second season on December 9.

MIKE GOODWIN, Tuesday at the Star Dome….“Fresh”, “Insightful”, and “Hilarious” are just a few words to describe Comedian Mike Goodwin. He has dedicated his gift to bringing clean comedy back to families, communities and the workplace. Mike’s engaging and humorous discussions about everyday life will have you screaming in your seat and laughing about his wit long after his performance. Mike’s comedy has received rave reviews at showcases for the Official Christian Comedy Association (OCCA) and the Christian Comedy Association (CFA). He has been featured on the Black Family Channel’s “God Ain’t No Joke” and on comedy DVDs “The Heavy Hitters of Christian Comedy”. Look for Mike on BET’s Gospel Comic View debut series “A Time to Laugh”.

THE 7th PROJECT – APPLICATIONS BEING ACCEPTED NOW FOR PAID CONGRESSIONAL INTERNSHIPS – The 7th Project is offering PAID Internships during the Summer of 2017 in Congresswoman Terri Sewell’s (AL-7) Washington, D.C. office as well as her District Offices in Alabama located in Birmingham, Montgomery, Tuscaloosa, and Selma. The application can be accessed at http://the7thproject.com/application/. Any undergraduate student currently enrolled in an accredited college with a 3.0 GPA or higher who is a resident of Alabama’s 7th Congressional District is eligible to apply for the Congressional Internship Program. Students may attend an accredited college or university located outside Alabama but must be from Alabama’s 7th Congressional District. Interns will be selected based on academic performance, leadership abilities and demonstrated financial need. Each Washington intern will receive a weekly stipend of $200. The 7th Project will provide housing at an area university (Washington , D.C.) within walking distance of public transportation. District interns will receive a $1,000 stipend for a six-week commitment. In the District Offices, interns will spend six weeks assisting with programming, including the Congress In Your Community Town Hall Tour, and working directly with constituent services. Each Washington internship session is four weeks long. There are two sessions for Summer 2017: #1 June 5th – June 30, and #2 July 3rd – July 28th. Applications must be received by midnight on April 10, 2017 for Session #1 and April 17, 2017 for Session #2. Selected applicants will be notified by the end of April.

BUSINESS @ BREAKFAST NETWORKING – The Birmingham Auto Dealers Association will host the Birmingham Business Alliance’s Business@Breakfast at 8 a.m., Thursday, during the opening of the 2017 Alabama Auto Show at the Birmingham-Jefferson Convention Complex (BJCC). This business and networking event, sponsored by Schaeffer Eye Center, attracts business professionals and community leaders from across the Birmingham region and connects them in a unique and informative format.

JUNE 11 – Virtual trip to Alabama Department of Archives and History, 3-5:30 p.m. at the Central Library.

MONEY MATTERS – The workshops will take place from noon to 1 p.m. in the Linn-Henley Research Library’s Regional Library Computer Center on the 4th Floor, 2100 Park Place. The workshop series, called Money Matters is May 3 – Five Keys to Investing Success. For additional information, call (205) 226-3691.

APRIL 23 – THE PERFECT PASTOR at The Samford University Wright Center.

MAY 12 – JAZZNET at the Harbert Center.