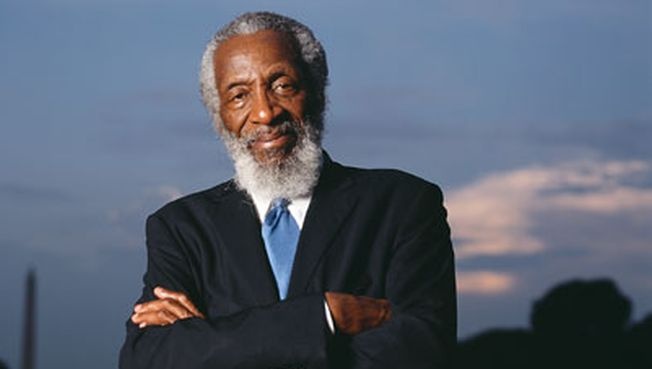 609, LOLAS, THE BUMBS and ANDREW CARTER at the Nick.

MERCHANDISE and B. BOYS, at Saturn.

MUSIC, BREW, EATS and GOODS, 5 -10 p.m. FREE at the UAB Alys Stephens Center with Emcee Thed Weller, then at 5 p.m. -RYNEA SOUL, 6 p.m. -RAQUEL LILY, 7 p.m. -JASPER COAL, 8 p.m. GABRIEL TAJEU, and at 9 p.m. HEATH GREEN AND THE MAKESHIFTERS. There will over 35 Alabama makers, artisans, food trucks and merchants as you enjoy live performances by musicians.

MAGNOLIA WIND and BATTITO, 9 p.m. at The Nick.

MONKEYSOOP, AS A NATION DIES and CRIMSON MASK at The Nick.

WILL HAVER is the speaker at the AMA Luncheon Meeting, 11:30 at the Harbert Center.

MRYGLD and REAL FROGS at Saturn.

BLACK WILLIS, 20 WATT TOMBSTONE and THE GODDAMN RIGHTS, at The Nick.

SUMMERTIME…AND THE LIVING IS EASY!!

FOR FUN IN JUNE and coming…. CHECK IT OUT

AFRICAN HERITAGE FESTIVAL, 10 a.m. – 2 p.m. FREE. Celebrate the vibrant traditions and cultures of Africa at the fun-for-all-ages event. It is inspired by the art in the African galleries…. and the free festival will feature art-making, dance, music and more. Take a tour of the galleries and enjoy a lively performance of African Dancing and drumming.

BIENNALE ARTE 2017, VIVA ARTE VIVA will open to the public now to Sunday November 26 at the Biennale di Venezia, titled Viva Arte Viva, curated by Christine Macel. JELILI ATIKU is a Nigerian visual artist, whose body of works strictly focuses on commitment to social, humanism and the crimes being committed against human life. Through series of performances, Installation Sculpture, drawings, photography and video art he has been relating to life and freedom; and ultimately direct attention to the importance of human values of life, freedom and human rights. Through his art forms he has taken viewers into a realization of the consequences of crises, human rights abuse, conflicts and wars, direct and involve them in “active participation in the improvement of our collective existence.” He holds a belief that viewers will upon viewing his works “participate through visual education and persuasion in the development of popular attitudes which can lead eventually to a better society.” He feels his performance will have influenced the mind, feelings, nerves and soul of the viewers for positive thinking and actions.

AT SPACE ONE ELEVEN’S

ART IN THE MAKING with classes for adults ages 55 up. CHARCOAL: EXPRESSIVE MARK MAKING, A PAINTER’S APPROACH TO DRAWING through June 22 on Wednesdays, 4 -6 p.m.

AT THE UNIVERSITY OF ALABAMA

IT’S NEVER TOO LATE TO START is presented by the University Gallery, July 7 – August 18 at the Dinah Washington Cultural Arts Center in Tuscaloosa. Opening Reception is July 7, 5:30 – 7:30 p.m. It is a art exhibit by students of the Osher Lifelong Learning Institute.

FOR THE LOVE OF TACOS AND PEOPLE – If you are interested in hearing about ways to eat healthy and more, check out WILL HAVER, restauranteur and owner of Taco Mama and Otey’s Tavern as he shares his love of garden fresh food, ingredients and his high standards of excellence in the décor, the service, the people and the food at the June AMA meeting on Wednesday, 11:30 a.m. – 1 p.m. at the Harbert Center.

SATURDAY,CANOE AND KAYAK TRIP, 9 a.m. with Southeastern Outings at Terrapin Creek near Piedmont, Alabama – DETAILS: This is a relaxing canoe trip where you will paddle a relatively easy scenic stretch with no classified rapids in a very rural area. If you wish to rent a boat from Terrapin Outdoor Center, call the Center BEFORE June 17 at (256) 447-6666 to reserve your boat. Tell the Center you are boating with Southeastern Outings. After the trip there is an optional dinner at a restaurant in Gadsden. Please bring a change of clothes and a towel. Reservations Required: Email seoutings@Bellsouth.net or call Dan Frederick, 205.631.4680 if you plan to come on this outing and additional information. Depart at 9 a.m. from Applebee’s Restaurant Trussville.

2017 Summer Movie Series – The City of Birmingham Mayor’s Office Division of Youth Services (DYS), in partnership with Phoenix Theaters The Edge 12, encourages summer enrichment with the first installment of its 2017 Summer Movie Series. This week’s special screening of A WIMP WILL RISE will be held at The Edge 12, on Friday. Birmingham youth, who meet at least one of the criteria below, can earn a FREE ticket for themselves and a guest. Parents/guardians and Youth Service providers may bring their submissions to DYS between 10 a.m. and 4 p.m. to reserve tickets. Participation criteria for Individuals: Must participate in a summer enrichment program in the city of Birmingham this summer (must show proof of enrollment) *Present a book report on one book that you have read this summer (use attached Book Form). *Book reports must be in the child’s handwriting. For children six and under, parents may fill out the Book Form on the book they read to their child this summer. One book report provides FREE tickets for only one movie. (Only two submissions per household during the movie series.) Youth Service Providers: Operate or lead Birmingham youth in a structured enrichment program (youth service providers only) *Organization Leaders of (Executive Directors, School Principals, Pastors, Coaches, etc.) will be required to come to the DYS office and provide a written request for tickets on the organization’s letter head. *For Organization Leaders: Up to ten (10) tickets may be reserved per organization. In an effort to accommodate as many groups as possible, organizations may register only three times this summer. (Get form from the DYS Office).

SUNDAY JAZZ at the Perfect Note.

THE WAILERS at Saturn on June 29th.

IN THE TIME OF THE DRUMS written by author Kim L. Siegelson is about a Gullah legend of a slave rebellion at Ibo’s Landing in the Sea Islands. It is told from the perspective of an African American child Mentu who has never known Africa. He is an island-born boy. His Grandmother Twi has Africa in her blood and she shares the old magic of her home through songs and stories with Mentu who has learned to play the drums. He has learned to respect the strength of their music. One day, a slave ship carrying Africans docks on the shore at Teakettle Creek of the island where Mentu lives. The Africans send out the beat of their drums which is a roar from them as they pound yearning for their homeland. The beat calls for Twi, urging her to seek freedom. Like Twi, the people inside the ship want to return to Africa. The question is will old magic help them break their chains and cross the ocean to freedom? The story is of strength in slavery times.

**WINE DINNER SERIES – MICHAEL’S STEAKS AND SEAFOODS is hosting a monthly Michael’s Wine Dinner Series on Mondays. JULY 10th at 7 p.m. – WINES FROM OREGON as you travel through the Williamette Valley discovering why the wines of this region are quickly making their mark in restaurants around the world. AUGUST 7th at 7 pm. – WINES FROM FRANCE VS CALIFORNIA. You do not want to miss this classic heavyweight battle as you pit old world wines vs. new world wines, in a matchup where everyone wins. (You missed the wines from Chile. Don’t miss the wines and the great food.) Contact and call 205.871.9525 or marketing@michaelssteakandseafood.com for more.

DON’T MISS COMEDY AT THE STARDOME

Dick Gregory is an iconic, headlining comedian who became known for his trailblazing form of racial commentary during the 1960s. He later became a worldwide activist and health/fitness entrepreneur. Dick Gregory was born in 1932 in St. Louis, Missouri. Having run track and field in school, Gregory eventually turned to stand-up comedy, having his big break performing at the Playboy Club in the early 1960s. Known for his sophisticated, layered humor that took on racial issues of the day, Gregory became a national comedy headliner and a trailblazer for upcoming African-American humorists. He eventually turned his focus away from the stage to focus on various forms of activism that included the Civil Rights Movement and to run for political office. Over the ensuing decades he has worked as a lecturer and also become a health/fitness guru.

Shaun has appeared on such television shows as NBC’s “Later”, BET’s “Teen Summit”, and BET’s “Comic View”. He also made a cameo appearance in the 1994 blockbuster hit film “Ace Ventura II When Nature Calls” with critically acclaimed actor Jim Carrey. In the autumn of 2003 he was seen in the motion picture film called “Shade” as the crooked poker player “Mr. Ose” starring Sylvester Stallone and Jamie Foxx.

Mark Klein is a native of Louisville, Kentucky. This Colgate University graduate (B.A. English—let this be a warning to your children) has been making laughter his living for 30 years. He began his career as a stand-up comedian in comedy clubs from Alaska to Florida, headlining top rooms across the country. Mark expanded his schedule to include corporate and cruise ship entertainment. His performance calendar now comprises shows in venues ranging from special events to dinner theaters to comedy clubs.

AT THE BIRMINGHAM PUBLIC LIBRARY…

QUILTS AND POTTERY – Don’t Miss…The exhibit, Sewn and Thrown: Traditional Quilts and Folk Pottery from Alabama’s Black Belt exhibit is now through June 25 at the First floor exhibit cases and Fourth Floor Gallery at the Central Library during library hours. This exhibition is a new exhibit featuring the internationally-known Gee’s Bend quilters and Selma-based folk pottery artists Miller’s Pottery of Brent and Ham Pottery of Selma, the Sewn and Thrown exhibit will present two living traditions of the region.

(People, Places and Things by Gwen DeRu is a weekly column. Send comments to my emails:gwenderu@yahoo.com; thelewisgroup@birminghamtimes.com.