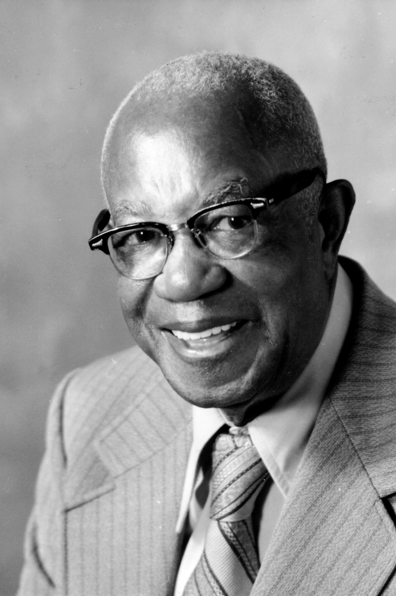 On August 10, the AGGBGC will celebrate 50 years of service to the metro area during an event at the Birmingham Museum of Art. The club tutors, mentors, and helps more than 1,400 young people from Birmingham and Bessemer, helping them to become productive, successful adults who support their communities. The organization has three locations: the flagship Kirkwood R. Balton Clubhouse in West End, the Center for a New Generation at Hayes Middle School, and the Southside Homes site.

Gaston was born in Demopolis, Ala., on July 4, 1892, and lived with his mother and grandparents in a log cabin. Growing up, he always had an entrepreneurial spirit.

“As a little boy growing up in Demopolis, he had a tire swing in his front yard, and the local kids all wanted to ride the tire swing,” said Adams. “Well, [Dr. Gaston], decided to charge them in buttons. The kids would cut all the buttons off their clothes and their parents clothes, and the parents knew all their buttons were going to little A.G., so they would go back and buy the buttons back from him. That was his first entrepreneurial opportunity.”

Gaston received his formal education at the Tuggle Institute, a school and home for poor African-American children in Birmingham, Ala., that contributed to the advancement of blacks in the city. He attended school through the 10th grade, went on to serve in the U.S. Army in France during World War I, and then worked as a miner in the Birmingham area.

“I didn’t know Gaston had very little formal education because he was an avid reader. He would always ask us what we learned because he was always learning,” said Adams, who was an AGGBGC member in the early- to mid-1980s.

As a mine worker, Gaston would provide lunches to his fellow miners, as well as burial insurance. Those endeavors grew into several other companies, including a construction company and a bottling company. He also opened his own business school—the Booker T. Washington Business School—and other enterprises: the Smith and Gaston Funeral Home; Citizens Federal Savings and Loan Association; and the A.G. Gaston Motel.

In the 1960s, Gaston was instrumental in the community not only in providing jobs but also through his support of the civil rights movement.

“He worked with both the African-American community and white community on finding ways to bridge gaps and seek peaceful solutions to the problems plaguing the city at that time,” said Adams.

Seeing the issues the city faced, Gaston wanted to open a place for young boys that was safe, nurturing, and challenging, something he wished he’d had as a child.

“The [boys] showed goodness and mercy, … [and] they needed someone to help them bring it out,” said Ella McCain, 92, a longtime benefactor of the club. “I guess that’s what Gaston saw, too, and he made a place for them to go. It was necessary for them because they didn’t have anywhere else to go but on the corner.”

Gaston’s motto was “Find a need and fill it”—and he opened doors to the A.G. Gaston Boys Club in 1967; later provisions were made for girls to become members.

The AGGBGC, which has operated as a 501(c)3 nonprofit organization since it was founded, is affiliated with the Boys and Girls Clubs of America, a nationwide organization of nearly 4,000 clubs. Children who participate range in age from 6 to 18 and pay only $8 a year to use the facilities and take part in a variety of enrichment programs.

The organization’s approach involves “inspiring and engaging children and teens … by providing a safe, positive, and engaging environment and programs that prepare and inspire them to achieve great futures,” according to the organization’s website. “[It] is committed to helping young people in our community succeed academically, live healthy lifestyles, and practice good citizenship.”