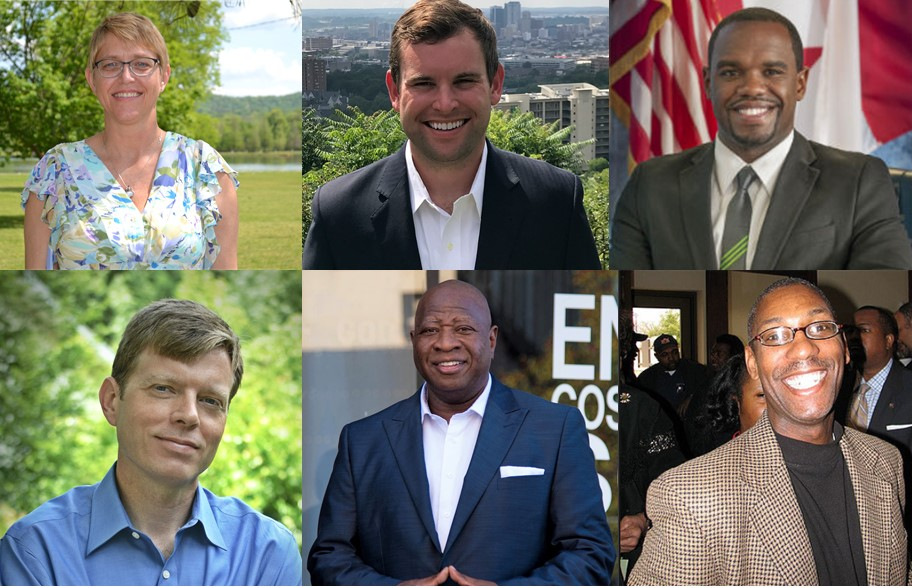 Runoff elections for Birmingham mayor and City Council Districts 2, 5 and 9 will be held Tues. Oct. 3.

Incumbent City Council President Johnathan Austin will face Darrell O’Quinn in the District 5 race; Incumbent Kim Rafferty will challenge Hunter Williams in the District 2 race and former city council president Roderick Royal and John Hilliard will meet in District 9 to see who fills the seat vacated by Marcus Lundy, who decided not to run for a second term.

Rafferty said she was not worried nor surprised by the results.

“I’m not looking at the numbers,” she said. “It was a runoff these last two times, and it’s a runoff again, and that’s okay. That’s the mentality of the district.”

Eight candidates ran for the seat and that often makes getting out the message difficult, she said.

Rafferty said she hopes to get the correct information out to voters over the next six weeks.

“There was a lot of misinformation during the campaign about council powers,” she said. “The message we’re going to be working on is correcting the misinformation out there and let people know what we’ve done. I don’t do a very good job at telling people what I’ve done. I’m not a bragger, so it’s hard for me.

Williams said he appreciates the work by Rafferty over the past two terms, but “it’s time for a change.”

Williams said the district has had a lot of excitement about the possibility of change.

“A lot of District 2 feels neglected,” he said. “And I think there’s a lot of excitement at the prospect of having a strong advocate for our district downtown.”

In District 9, Hilliard and Royal are also looking for change.

“My focus is that I have to get my voters to the poll,” Hilliard said. “In canvassing and talking with the public, they told me they would support me.”

Royal said his message throughout the campaign has been the same and will remain leading up to the runoff: “The city needs to get back to business.”

“I believe that message has resonated,” he said. “To me, the first thing we need to do is clean this city up. We need to address a serious crime issue. We’re going to clear these abandoned lots, institute the inoperable car ordinance. We’re going to look at the policy for abandoned houses again, and we’re going to do a similar road package that was done in 2002.”

The biggest issue facing the city is making “it true that you don’t have to move to another neighborhood to live in a better neighborhood.”

“I think that encompasses what our major issues are,” he said. “It encompasses the issues of crime, education, recreation, and the issue of the delivery of continued services.”

Royal said he believes all of those issues can be addressed on day one and his record of service in city government will prove valuable.

“I will run a campaign not about anyone, but about the delivery of city services,” he said. “Making our city and each neighborhood where residents don’t feel they have to move and they feel safe.”

In the District 5 race, Austin said citizens realized how much he has fought for them and will continue on issues such as strengthening the neighborhoods.

“As a council, we’ve got pass laws that would help support revitalization in our neighborhoods,” he said.

Passing the neighborhood economic empowerment zone ordinance and neighborhood stabilization ordinance, are a few things that need to be adopted, along with the healthy food tax incentive program, he said.

“We’re making sure the needs of our citizens are addressed through legislation,” he said.

Austin said his experience and his record with citizens sets him apart.

“The citizens know what I have done, and they know that I have not just said that I was going to advocate for them, but they’ve seen me do it,” he said.

O’Quinn said he was grateful for the support he received in Tuesday’s election.

“The voters have spoken and clearly indicated that a change is in order and we’ll be organizing and getting ready to make the push towards Oct. 3,” he said.

O’Quinn said he wants voters to understand that he hears them.

“We know that you are not pleased with the current situation,” he said. “We will be looking forward to speaking with you over the next few weeks trying to reach out to more people.”

O’Quinn said he will continue to make more opportunities for voters to meet him and talk to him about their concerns.

“We want them to know that during this initial election, our ability to get out and reach folks was limited, but we hope to expand that leading to the runoff,” he said. “We want to hear from as many folks as possible.”

O’Quinn said he is accessible and available, which makes him a good candidate.

“People have seen me showing up in their neighborhood meetings for a long time, and for whatever reason that sets me apart from Johnathan [Austin],” he said. “Across the district, people want to be able to communicate face-to-face with the person they put on the city council. They want to be able to pick up the phone and call that person. They want that person to respond to their emails and I’ve been doing that for a long time.”