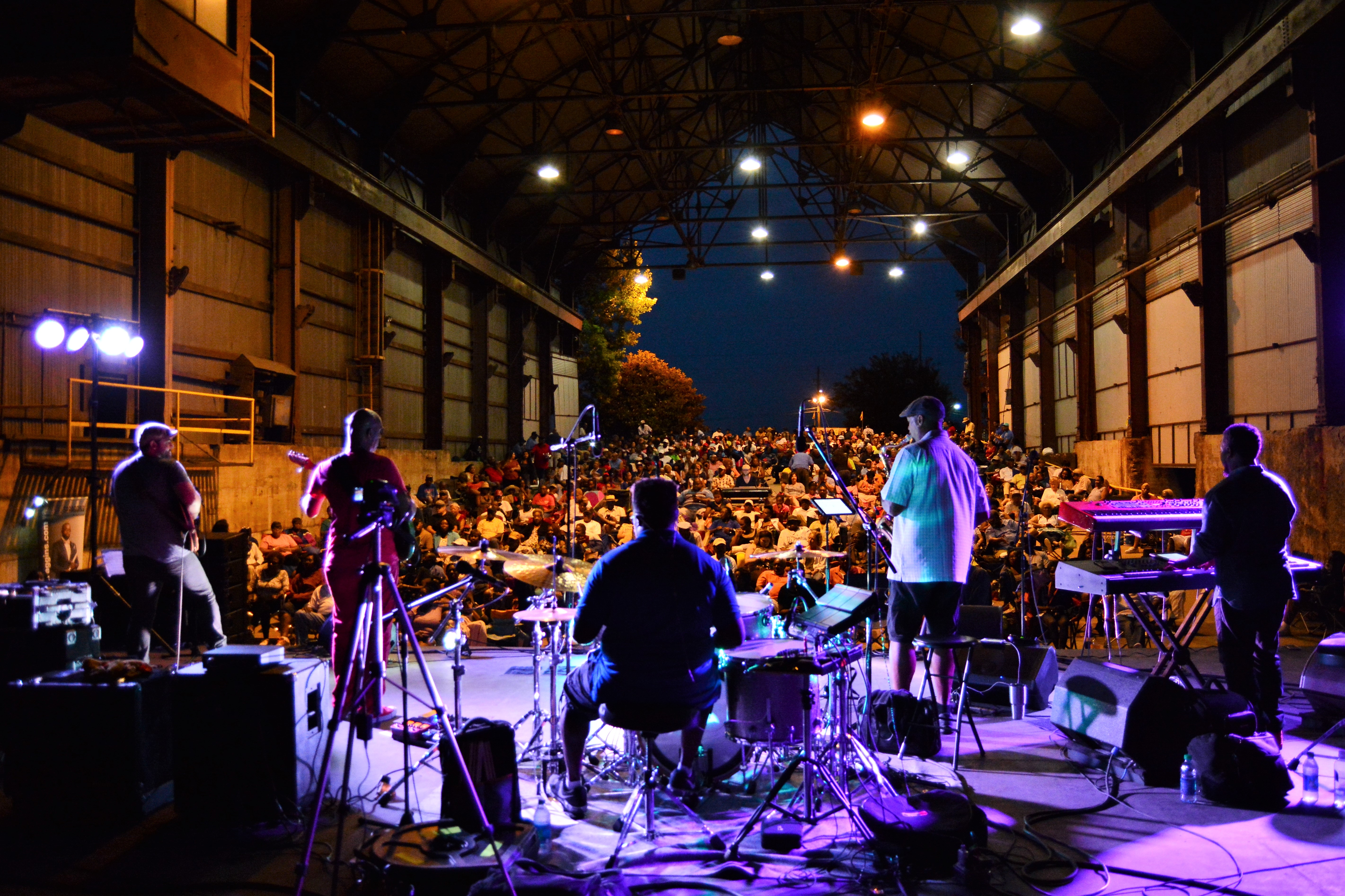 Bernard Lockhart remembers falling in love with jazz while stationed in San Diego, Washington and Hawaii during his tour with the U.S. Navy.

Lockhart, 56, decided to bring the genre to the city, by throwing a paid jazz concert at Carver Theater in 2008.

“It was not a great attendance,” he said. “I couldn’t understand why people didn’t support jazz.”

“I went to the city council to ask for support and Carole Smitherman said, ‘yeah I will support this because it’s something good for Birmingham,’” he said. “On the way out the door, she said, ‘Why can’t I get jazz in my community?’”

That prompted Lockhart to look up information about community jazz concerts. He found that across the country, cities were having Jazz in the Park concerts. In 2010, Lockhart brought the concert series to Birmingham.

“I only did five concerts in Avondale Park the first year,” he said. “Now today we’re almost at 30 free concerts around the state” that include artists like Esperanza Spalding, Keiko Matsui, Eric Darius, Josh Vietti, Julian Vaughn, Jazmin Ghent and the Birmingham Heritage Band.

Jazz in the Park, which is every Sunday from April through October, attracts between 1,000-1,500 visitors each week. The series travels to different parks throughout the state where residents can watch local and national jazz artists perform for free. The concert was designed for people, community residents, to walk to the performances, he said. 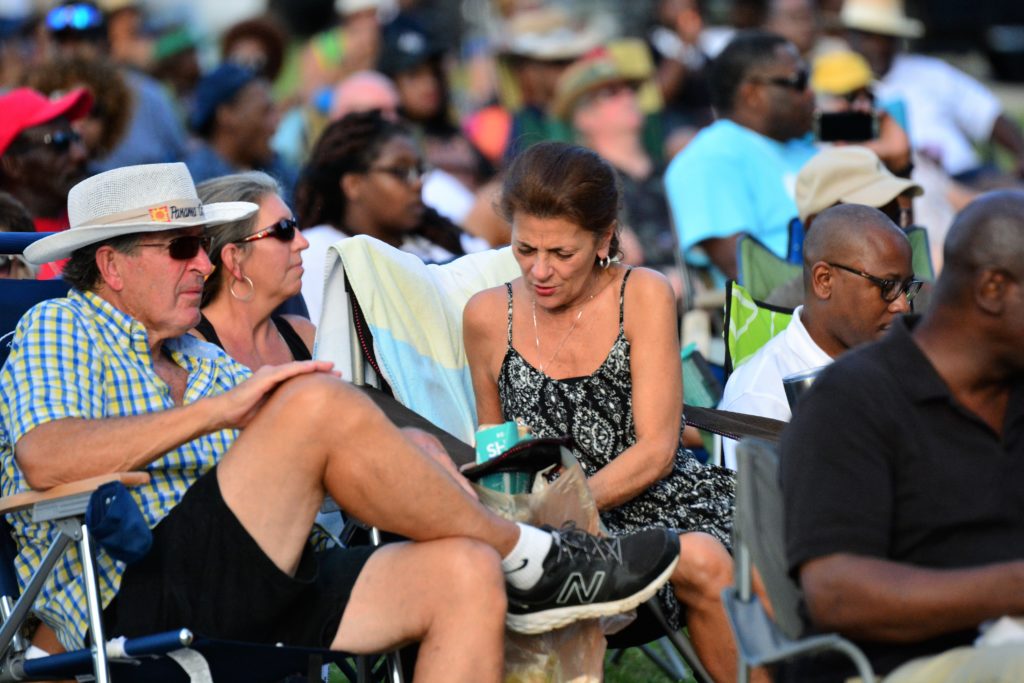 “If you live in Ensley you [should] be able to go to the concert in your neighborhood, but what has happened is [that] it’s created a following,” Lockhart said. “We have avid fans who follow us wherever we go — whether it’s Tuscaloosa or Huntsville, I’m going to see that same core group of people.”

For a free jazz concert series to run for seven months is a big deal, he said.

“Most of the artists we bring in are people who many patrons would pay to see, and for us to provide them to these fans for free is huge,” he said.

Jazz in the Park’s tagline is “building community through jazz,” Lockhart said.

“We use jazz as the platform to build a stronger community,” he said. “They’re all free and people ask why don’t we charge tickets. When you do a free event, it’s accessibility. It allows more people to have access to the arts.”

While there are vendors at each show, Lockhart said attendees are allowed to bring their own food and beverages.

Many of the parks holding the concerts are underserved, and this gives them an opportunity to get the concert in the parks. Shows have been held at Avondale Park, McAlpine, East Lake Park, Ensley Park, W.C. Patton Park, as well as sites in Bessemer, Tuscaloosa, Midfield, Helena and other surrounding areas.

“We’re trying to expose people to these parks,” he said. “That supports our mission.”

The concerts are for the family, Lockhart said.

“It doesn’t matter who comes out,” he said. “Jazz is a safe music genre. It’s nothing hardcore. It’s for kids, adults. People young and old can relate to the music. And when it’s free it can really become a family outing.”

Jazz is a genre that attracts a diverse group of people, he said.

“If you look around the country, jazz is one of the biggest genres that garners a lot of diverse support,” he said.

The weather seldom gets in the way of the concerts, Lockhart said.

“If we are doing one in Birmingham and we have rain, we might try to do it at a backup venue, like Carver Theater,” he said. “One time at Sloss Furnace there was the threat of rain and we moved it under the shed and it was awesome.” 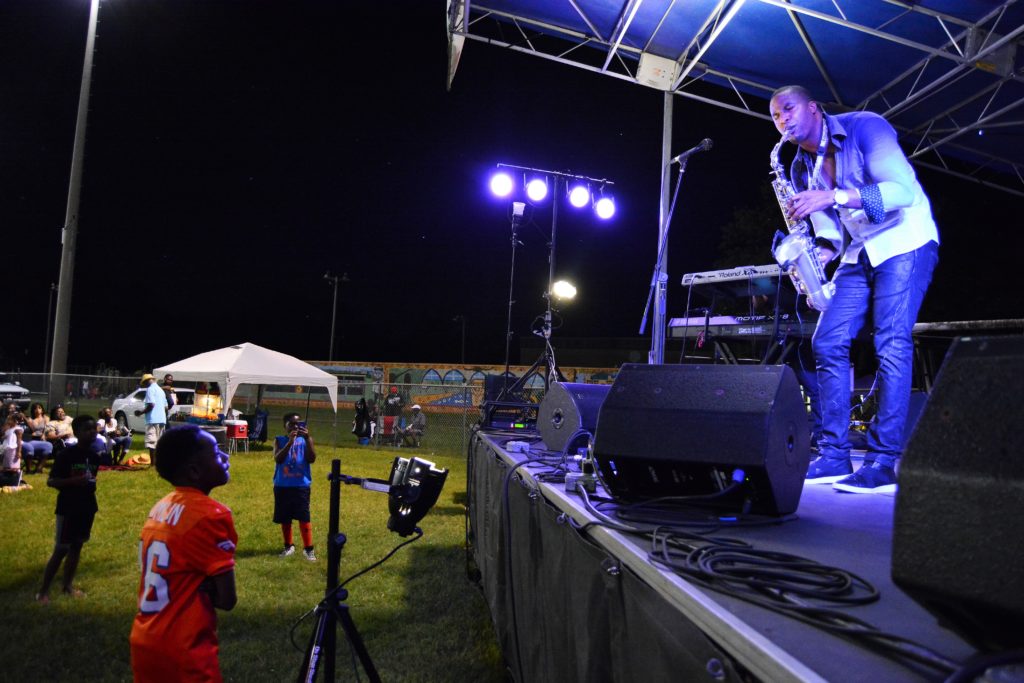 Finding acts is the easy part of his job, Lockhart said.

“They call me because we always support Alabama artists at each concert, there will be an Alabama artist on that stage” even when national artists appear, he said.

Lockhart said, “236 musicians have come across our stage. And 90 percent of those are Alabama artists.”

The difficult part is raising money, he said.

Each municipality supports Jazz in the Park, and Birmingham has supported 11 concerts this year, he said. Other supporters are the Alabama State Council on the Arts and the National Endowment for the Arts.

“Each municipality provides revenue, we also write grants to art agencies and corporate foundations, as well as individual donors,” he said. “All of the money we get goes 100 percent to the project. We don’t have a staff, I volunteer. But we have to pay for our musicians, stages and sound equipment.”

Lockhart said he wants to expand the reach of the shows.

“Our goal is to get into the Montgomery, Mobile and Shoals area,” he said. “We always have these different municipalities reaching out to us; people come from all over for the shows: Montgomery, Florida, Tennessee, especially Georgia.”

Many national artists, like flutist and Birmingham native Kim Scott and trumpeter Jose Carr, keep visitors from other states coming back, he said.

“There are so many saxophone players, it’s good to have someone who doesn’t play the sax come and play,”

Lockhart said he is happy to see more jazz in Birmingham, even if it’s not from Jazz in the Park.

“You’ve got Steel City Jazz Festival, the Perfect Note, there are two new jazz clubs in Birmingham, Jazzy’s and Jazzi’s on 3rd. We’re here to support those organizations and anybody doing anything related to jazz. We want to give them exposure.” Taste of 4th Festival was another example, he said.

Lockhart said many relationships have formed at Jazz in the Park.

“People have told me they met their wife at Jazz in the Park,” he said. “Groups look forward to come and network and talk. . . it’s amazing what’s happened with these shows.”