On August 22, the greater Birmingham community will take to the polls to elect a mayor, nine city council persons and nine school board members.  The outcome of this election could reverberate through this community for years to come, so regardless of who you are supporting it is important first and foremost that you commit to get out and vote.

Candidates, both incumbents and challengers have been known to be willing to say anything to get your vote, so I would pay less attention to what the candidates are saying and instead look at the record of what they have been doing.  If the candidate is an incumbent, especially a long-term incumbent then how are they owning their share of the blame for where current and past leadership has led us to.  If the candidate is a challenger, then look to see what community commitments have they made in the years prior to announcing themselves as a candidate for office.

Some people don’t think it matters, but I believe character counts.  I believe that the way a man or woman handles their personal responsibility is a measure of the way they would handle public responsibilities.  So, I think a man or woman who wants to be elected to lead us can and should be judged by the role they have played in their family, their church and their community.  Because this is a measure of their character.  And I would note again you don’t find this out by asking the candidate a question and listening to the answer they offer, you find this out by using Google and other search instruments, using the grapevine and talking with people who know the candidate more personally.

I believe that a person who wants to run for office to manage public money, should have a good record of managing their own money.  A candidate with a history of bankruptcies, a reputation for having to be sued to obtain payment, or a poor record of taking responsibility for personal taxes and obligation, would not be my first choice, though there are exceptions to every rule.

Outside of the question of who to vote for, is the more basic question of why should you vote at all.  Outside of the obvious answers like people died earning your right to vote, voting is also a way of determining how to allocate resources for the next election.  On August 15, there will be a special election to fill the seat that former Governor Bentley and the Republican Senatorial Committee are trying to give to Luther Strange.  Most people believe that no matter what happens one of the Republican candidates will win this race, so why should people care what happens in the Democratic primary.  We should care for a couple of reasons.  When the next national election comes around national prognosticators will be evaluating data from the last election to determine how to allocate resources for the next election.  Election resources are a little bit like how a general would allocate his troops in a war.  If the general knows there will be limited resistance in a certain area he can allocate fewer troops to that area and more troops to areas where resources might be more needed.  If resources are needed everywhere it would be harder to direct more resources to particular areas of need.  This is true in elections also.  If you have low voter turn-out, then fewer resources will be needed to address issues in your area and could instead be used against issues you would be allied with in other areas.  Another reason is that Jefferson County is a majority Democratic Party, in President Obama’s two election victories he also wiped out almost the entire Republican representation in Jefferson County judicial circles.  Ask Shantae Owens and Judge Katrina Ross if they think this was important.

In my entire journalistic career, I have only ever endorsed one candidate that was a particularly close friend of mine.  I know most of the candidates, I don’t think it is my function to tell you how I think you should vote, only that I think you have a moral and personal obligation to study the issues, study the candidates and study your community, such that you are in a position to make the most informed vote possible on who should lead this community moving forward.  Vote like your community depends on you.  Or at least that’s the way I see it.

(Hollis Wormsby has served as a featured columnist for the Birmingham Times for more than 27 years.  He is the former host of Talkback on 98.7 KISS FM and of Real Talk on WAGG AM.  If you would like to comment on this column you can go to Facebook.com/holliswormsby or email him at hjwormsby@aol.com) 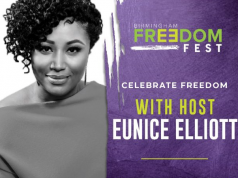 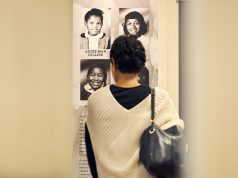 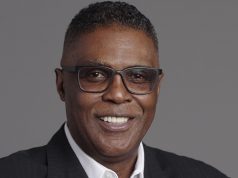