A federal lawsuit seeking to stop planned redevelopment of Birmingham’s Southtown Court public housing community contends that the city of Birmingham, the chosen developers and the city housing authority are in violation of the federal Fair Housing Act and the Alabama Fair Housing Law.

Attorneys April H. Collins and Richard A. Rice filed the suit last week on behalf of five primary plaintiffs, all residents of Southtown: Irene Johnson, Raymond Fuller, Catherine Headen, Linda Green and Rose Crowder. The suit against the city, Housing Authority Birmingham District and Southside Redevelopment Group was filed in U.S. District Court for the Northern District of Alabama. The plaintiffs are seeking, among other things, compensatory and punitive damages, as much as 3 times the “damages sustained by the United States” because of the false claims alleged in the suit, and that the defendants “take affirmative action to provide equal housing opportunities to all residents and prospective residents regardless of national origin, race, color, familial status, and disability.”

The complaint is “based upon national origin, race, color, disability and familial status in violation of the federal Fair Housing Act,” the lawsuit says. All of the plaintiffs, like most residents of Southtown, are black. The complaint’s allegations include that the defendants have violated the Americans with Disabilities Act and made a number of false claims regarding plans for redeveloping the 455-unit site, situated on 26 acres near the University of Alabama at Birmingham and the St. Vincent’s Hospital complex. 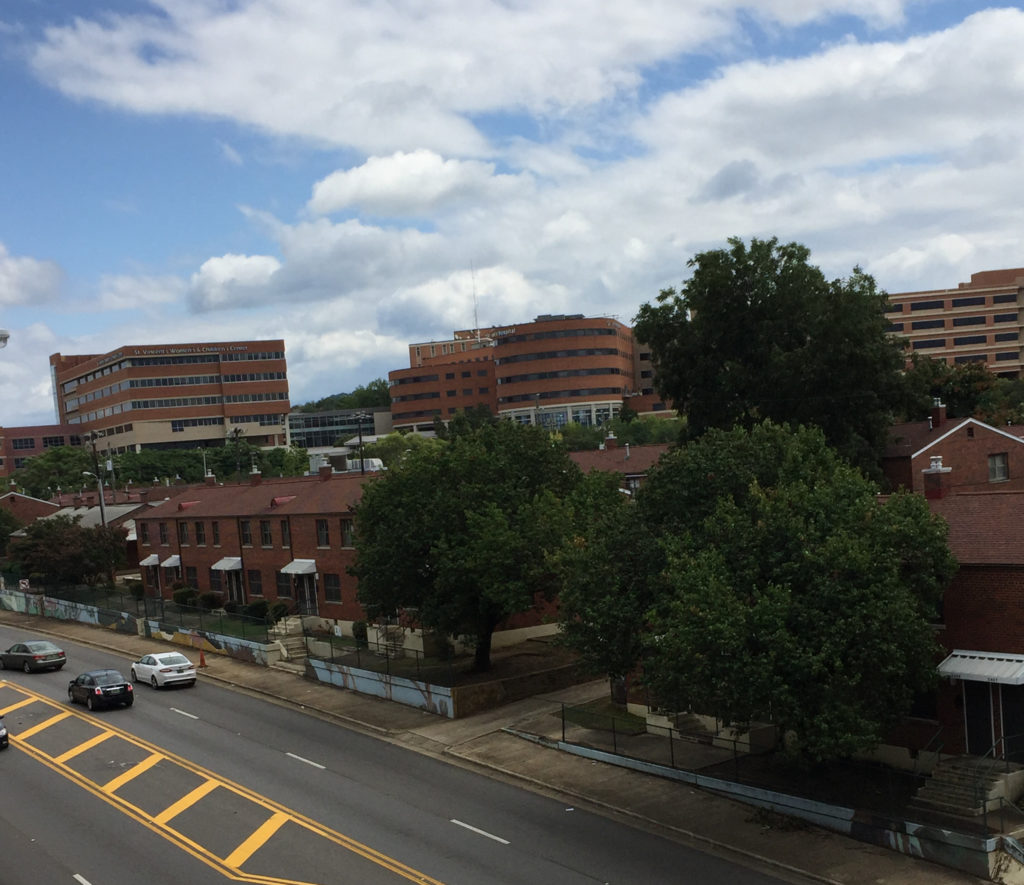 HABD Director Michael Lundy said, “Legal counsel is reviewing the complaint and will respond at the appropriate time. Meanwhile, the housing authority continues to devote its efforts to providing the best quality affordable housing that we can deliver to our residents. HABD maintains a commitment to transparency and fairness throughout this process. Residents will partner with us and participate throughout the master planning. Southtown residents will also be represented on the advisory council to the planning process.”

The potential redevelopment of Southtown, a Birmingham housing “project” for low-income residents which was built in 1941, has been mired in controversy for some time. Although it was built at an original cost of about $2 million, today, Southtown Court is widely believed to be some of the most valuable real estate in the city. Today, according to the complaint, the undeveloped real property at Southtown is valued at $26 million.

Development plans call for turning Southtown into a “mixed-use, mixed income” development with space for residences and businesses.

But residents and their advocates have raised the possibility that the redevelopment plans will push many poor people out of their homes in favor of converting Southtown into a higher profile and higher priced development.

The complaint alleges that the defendants in the case, “have engaged in intentional discrimination and disparate discriminatory treatment against Plaintiffs and a pattern or practice of discrimination with a disparate impact against families with children, including Plaintiffs, on account of national origin, race, color, disability and familial status in the operation of the Southtown community and the proposed redevelopment processes.”

The race and physical and economic conditions of the residents of Southtown is central to the plaintiff’s claims of discrimination. “Currently, there are approximately one thousand (1000) people living in Southtown,” the complaint notes. “The residents of Southtown are 99% black, African American or otherwise of Asiatic descent. Many are disabled. Some are veterans and even more are single parent households.”

The complaint also notes that Birmingham remains one of the most segregated cities in the country, citing analysis of U.S. Census data published in 24/7 Wall Street: “More than half of all Birmingham residents live in neighborhoods that are overwhelmingly of the same race, compared to just 31.2% of those living in large metropolitan areas. Social and economic inequality along racial lines tends to be more common in segregated cities. In Birmingham, 11.8% of white residents live in poverty, compared to 27.6% of black Birmingham residents. Just 3.7% of Birmingham’s white workers are unemployed, which is roughly one-fourth the metropolitan area’s black unemployment rate of 14.5%.”

Following a plan for “highest and best use” for Southtown, given Birmingham’s history, is “inappropriate for low-income housing/fair housing, leads to unfair & discriminatory housing practices, and causes displacement,” the plaintiffs and their attormeys contend. “The implementation focuses on market mechanisms to address distressed neighborhoods with the goal of increasing property values in surrounding communities.”