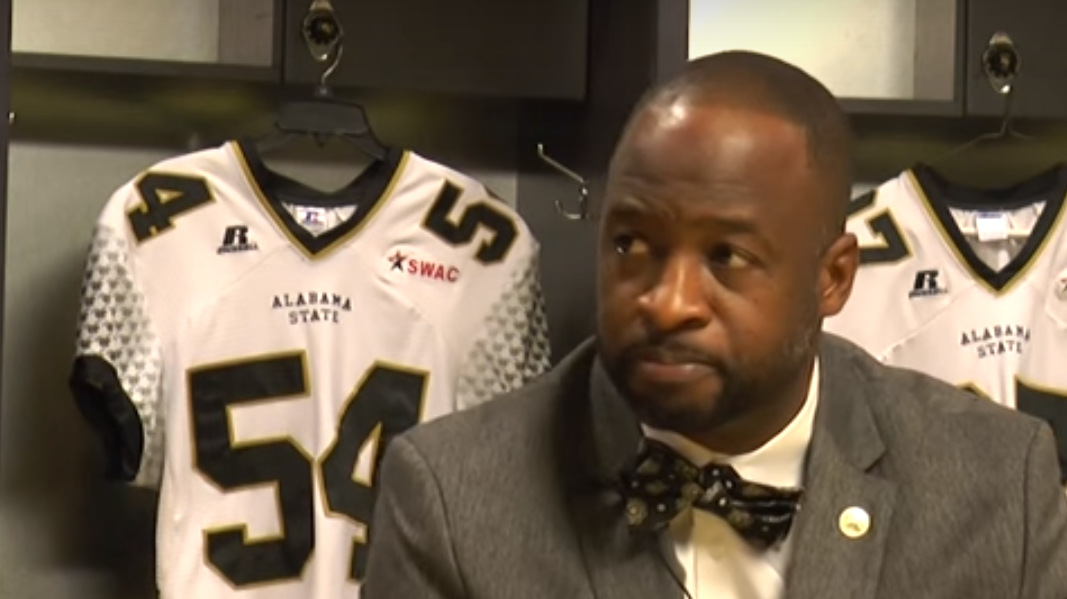 Alabama State fired coach Brian Jenkins on Friday following an 0-5 start to the season and said associate head coach Donald Hill-Eley will take over on an interim basis.

Jenkins had a successful run at Bethune-Cookman, but it didn’t follow him to Alabama State. From 2010-14, he led the Wildcats to a 46-14 record and won or shared four Mid-Eastern Athletic Conference titles while also earning three playoff berths.

The Hornets went 10-12 in their first two seasons under Jenkins and have been outscored 126-37 this year, with two of their five touchdowns scored by the defense.

“We would like to thank Brian Jenkins for his time at Alabama State,” interim director of intercollegiate athletics Jennifer Lynne Williams said. “It was a tough three years in terms of wins and losses for coach, but I am comfortable that he will have success in his future endeavors and will end up on a sideline soon.”

Hill-Eley joined Alabama State in 2015 after a one-year stint as wide receivers coach at Norfolk State. He was the head coach at Morgan State from 2002-13, with his 59 wins ranking third all-time in school history.

“I am extremely impressed with the wealth of experience coach Hill-Eley has brought to our athletics program as associate head coach,” Alabama State president Dr. Quinton T. Ross Jr. said. “His knowledge of Hornets football will be of great benefit as we continue to support our student athletes and the university’s football program.”

According to Bamastatesports.com, Jenkins, a Ft. Lauderdale, Fla. native was an assistant coach for 16 years in collegiate and professional football before becoming head coach at Bethune-Cookman University. Before that, Jenkins had been the wide receivers coach at Western Kentucky in 1994, and later, coached receivers and running backs for five seasons at Eastern Illinois from 1995 to 1999.  In the 2000 season he spent a year as running backs coach at Bowling Green.

In 2011, he spent a season coaching running backs and special teams for the Frankfurt Galaxy of NFL Europe.