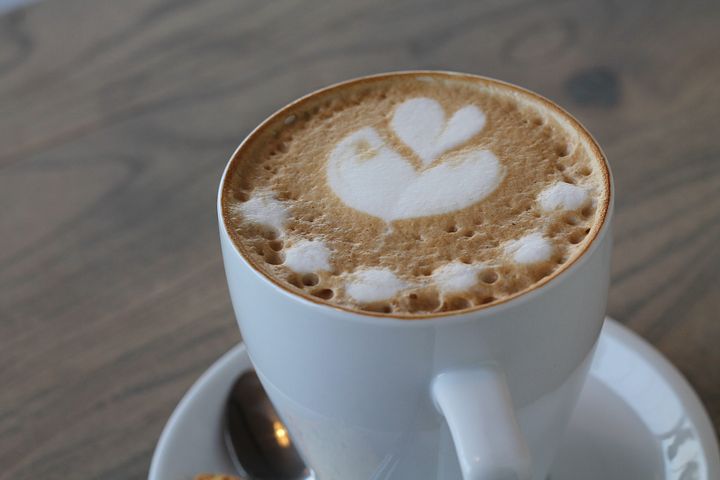 Around 90 percent of Americans consume caffeine every single day in one form or another. More than half of all American adults­ consume more than 300 milligrams (mg) of caffeine every day, making it America’s most popular drug by far. Half of all American adults consume more than 300 mg of caffeine per day. Two mugs of coffee or a mug of coffee and a couple of Cokes during the day are all you need to get there. Caffeine is a natural component of chocolate, coffee and tea, and is used as an added energy boost in most colas and energy drinks. It’s also found in diet pills and some over-the-counter pain relievers and medicines.

In its natural form, caffeine tastes very bitter, but most caffeinated drinks have gone through enough processing to camouflage the bitter taste. Most teens get the majority of their caffeine intake through soft drinks, which can also have added sugar and artificial flavors.

Caffeine has long been on the list of don’ts for people hoping to lead a healthy lifestyle. Doctors pointed to caffeine’s negative effects on the nervous system and how it can increase anxiety, stress and food cravings, in addition to inhibiting sleep. Recent studies, however, have shown that coffee and caffeine may actually have some significant medical benefits.

Coffee originated in Africa around 575 A.D., where beans were used as money and consumed as food. Records show that eleventh century Arabs drank coffee regularly. Spanish conquistadors first exploring what is now Mexico, were served coffee by Montezuma, the mighty Aztec ruler, in 1519.

There have been more than 19,000 studies on caffeine and coffee in the past 30 years in an attempt to determine its exact effects on the human body. One of the most thorough and exhaustive studies was done by Harvard University, in which they examined 126,000 people over an 18-year period. The findings indicate that people who drink one to three cups of coffee a day are up to 9 percent less likely to contract diabetes. What’s interesting is what happened to those who drank six or more cups of coffee per day – men slashed their chances of contracting diabetes by 54 percent, and women by 30 percent!

In its natural form, caffeine tastes very bitter, but most caffeinated drinks have gone through enough processing to camouflage the bitter taste. Caffeine moves through the body within a few hours after it is consumed. It is not stored in the body, but you may feel its effects for up to six hours if you’re sensitive to it.

Long-term effects of a toxic nature do not appear evident when regular caffeine use is below about 650 mg a day – equivalent to about eight or nine average cups of coffee. Above this level, users may suffer from chronic insomnia, persistent anxiety and depression, and stomach ulcers. Caffeine use appears to be associated with irregular heartbeat and may raise cholesterol levels, but there is no firm evidence that caffeine causes heart disease.

Regular use of upwards of 350 mg of caffeine a day causes physical dependence on the drug. This means that interruption of the regular use produces a characteristic withdrawal syndrome, the most conspicuous feature of which is an often-severe headache that can be relieved by taking caffeine. Absence of caffeine also makes regular users feel irritable and tired. Relief from these withdrawal effects is often given as a reason for using caffeine.

No one is sure why caffeine can increase blood pressure, although the Mayo Clinic site reports a few theories. One is that caffeine may cause your arteries to constrict by blocking a hormone that usually keeps them wider. Another is that caffeine may boost your adrenal glands’ release of more adrenaline, with the greater amount of adrenaline leading to the increase. In either case, the increase is always temporary rather than resulting in long-term increase in pressure.

If you cut down on your caffeine intake suddenly, you may experience headaches, irritability, tiredness, depression, nausea, vomiting and stiff or painful muscles. These symptoms generally appear 12 to 24 hours after you decrease or abstain from caffeine. Symptoms of caffeine withdrawal are usually mild and typically go away after a few days.

One thing is clear – despite the recent findings, most doctors still recommend moderation in regard to caffeine intake. While these recent studies give hope to those who are hooked on their morning cup, there is still a long way to go to determine the long-term effects of caffeine use.

Glenn Ellis is a Health Advocacy Communications Specialist. He is the author of Which Doctor?, and Information is the Best Medicine. For more good health information, visit: www.glennellis.com