Eryca Lewis and her son, Kylin, have a special bond. That’s the first thing you notice about them. It’s seen in the loving and supportive way they look at each other and in Eryca’s gentle clasp of Kylin’s shaking hand as he describes how United Way fights for him.

“He was one-and-a-half. He was not trying to walk. We went ahead and checked, and that’s when they told us cerebral palsy,” says Eryca about her discovery of Kylin’s condition. It was then doctors pointed them toward United Ability.

When he was two, Eryca was able to enroll Kylin in United Ability’s Hand In Hand Early Intervention program. While the staff worked with Kylin through physical and speech therapy, they helped Eryca learn how to care for his needs at home. Caregiver training and support are at the heart of United Ability’s philosophy to ensure that a child’s learning and development can be maximized wherever they are throughout the day.

“We are a 70-year-old organization. We provide service for children and adults throughout their lives,” states Dr. Gary Edwards, CEO at United Ability. “When a parent finds out they have a child with disabilities, dreams for that child are shattered. We helped the parent dream new dreams.”

That’s where United Ability and United Way step in.

For more than 21 years, United Ability and United Way have been with Eryca and Kylin on that lifelong journey together, supporting them and lifting them up when they get knocked down. That support has made a world of difference in Kylin’s outlook on life.

“Disability doesn’t matter,” says Kylin. “If you have a strong mind and will, that’s all that matters.”

The United Way of Central Alabama welcomes the support of those wishing to make a positive change in the lives of people like Eryca and Kylin. Those interested in giving can do so at UWCA.org 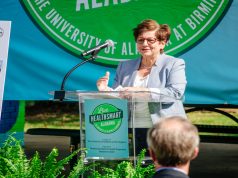 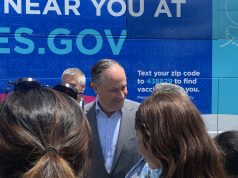 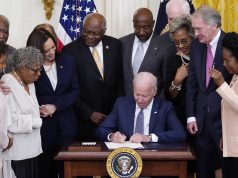