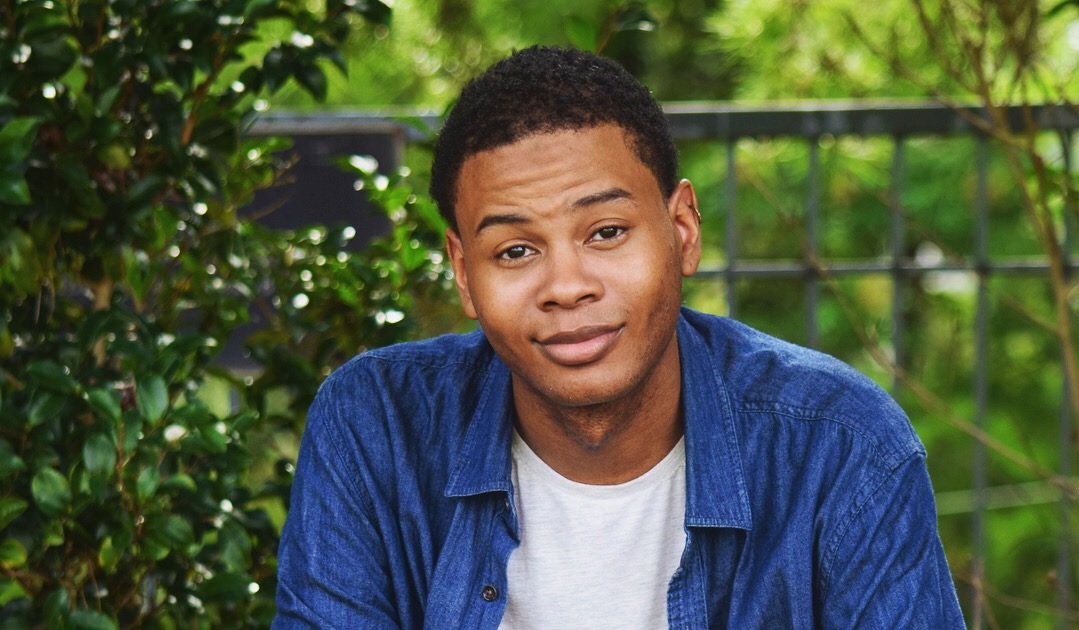 In January, he will film a web series in Birmingham, “20’… something’”, an online original about a group of late 20-year-olds managing their “quarter-life crisis.”

He’s auditioning for “The Color Purple” at Red Mountain Theater which premieres in February 2018. During the day, he works at Mason Music, a studio with locations in Hoover, Greystone, Mountain Brook and Cahaba Heights that specializes in voice coaching and music lessons.

He is also a Teaching Artist at Red Mountain Theater and an associate director of Performing Arts Collective.

In his “free time,” Bell attends as many theater performances in the city as he can.

“Supporting local art is super important to me,” he said. “In our community we’re really all we have and there’s so many talented actors and actresses right in our backyard. I’ve seen shows in this city that rivals things I’ve seen done professionally.”

In his web series the show’s main character CJ moves back home to Birmingham from New York.

“He is staying with one of his friends and when we get to the pilot episode we’re getting the information of why he’s there without giving away too much,” Bell said. “[The characters are] getting ready for this high school reunion. It kind of sets the stage for the entire season and you get to meet a bunch of really cool characters in the process.”

Bell said CJ is much like himself: an actor, his style, personality and mannerisms.

“A lot of the things that happen in the show are situations that I’ve been through with my friends, or I’ve seen friends go through,” he said.

Much of Birmingham – the skyline, the City Federal Building and Railroad Park — will be in the show, he said.

Bell, who attended Shades Valley Theater Academy, said he wanted as much of his hometown in the series as possible.

“I love this city so much and I just felt like it would be a great opportunity to show our city and what we offer,” he said. “I’m not going to say it’s all about Birmingham but I think a lot of people overlook us, and we’re just as good as any city.”

The cast comes from as far as California and the characters were all “based on people I know,” he said. “Reading a scene that is a conversation with me and my actual best friend, and seeing that come to life and seeing what someone else can bring to the character that I didn’t see before . . . brings it to a new level,’ he said. “The cast is so cool.”

Bell said he wanted an all-black show, but that changed after auditions, he said. “There’s one character named Max who is the typical playboy. He’s the one taking selfies at the gym. We had a white guy read for it and it was just perfect. I never imagined Max as white . . . little surprises like that have been fun.”

Filming for “20’…something” is scheduled during Martin Luther King Jr. Day weekend.

“We’re filming as much as possible,” he said. “We’re going to have four days to film it and knock it out.”

The biggest challenge has been time, he said.

“When I initially wrote the series, I was expecting it to go quicker,” he said. “You have to have everything planned down to the second so when we get to the weekend, everything can go seamlessly because we will be on a tight schedule because we don’t know when we will be able to get these actors together at the same time again.”

Money is a challenge too, he said.

The Truth And More

Bell, a graduate of Florida State University, studied Musical Theater, but recently got into film. He’s signed with a talent agency in town: Real People Models and Talent and just started commercial work.

“The film aspect is definitely a whole new world, but I’ve always liked playing pretend, just stepping out of who I am for a little bit and getting to be someone else,” he said.

In his recently wrapped sci-fi film Star-Raider he got to play a comic book nerd “which is very much like me,” he said. “It’s about a young girl who has an action figure that comes to life and I play the comic book nerd who is like her pseudo big brother. Her dad and his dad were good friends and she comes to me asking for help when the action figure comes to life. It’s a super fun cast; I love it.”

The Truth, which comes out on Nov. 10, is a bit more serious role.

“It’s a commentary on police brutality, surrounding people of color. It’s set here, references to places here,” he said. “It’s set and directed by this guy named Daniel Hill. It was his first film and I was super honored to be in it.”

He said the film, Memories, is the “most dramatic thing I’ve done in my life.”

“It’s about a guy whose boyfriend died, and he’s hallucinating seeing his boyfriend,” he said. “It’s a short feature, about 10 minutes long. But it is definitely the most taxing role I’ve ever been in.”

To learn more about the web series, email Bell at 20somethingtheseries@gmail.com.