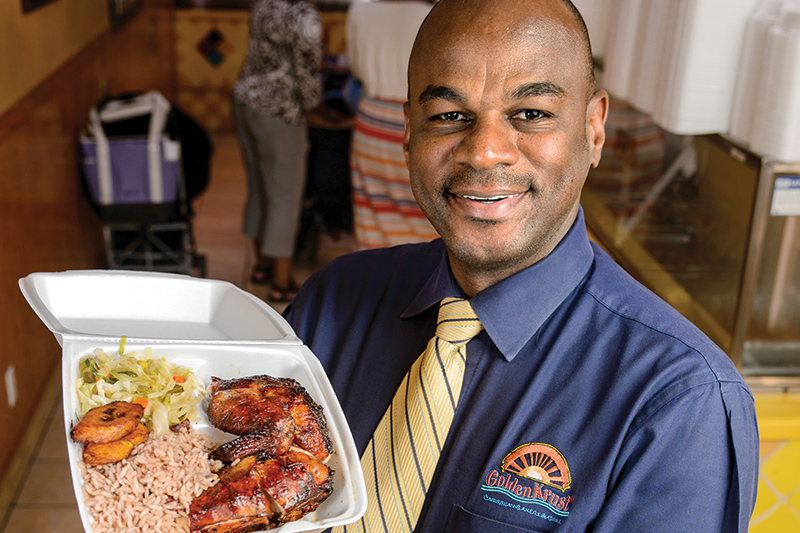 More than a dozen current and former employees stood in disbelief outside the factory for hours.

He built the Jamaica beef patty purveyor into a national empire boasting more than 120 restaurants across the US.

It also produces more than 50 million patties a year for retail stores and supplies them to about 20,000 outlets.

“We believe in the power of the patty,” Hawthorne, a former winner of the Observer’s Business Leader Award, said in May.

Some of his employees said they suspected something was amiss when they spotted his car, a silver Tesla 85D, parked oddly outside the factory. It was left straddling two lanes.

“He was a nice boss, a wonderful guy,” said Woods, an employee since 2003. “He’s the kind of guy you want to work for that long. He takes care of his employees.”

Woods said he was stunned to learn that Hawthorne had taken his life.

“I didn’t believe the news when I heard it at first,” Woods added. “I don’t know if the pressure of running the business was too much, but I’m shocked.”