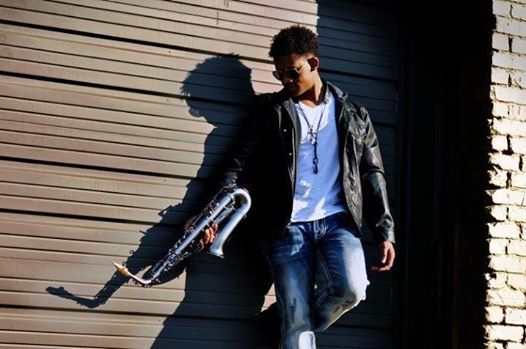 STEVIE TOMBSTONE and HAM BAGBY at the Nick.

SKEPTIC?, THE GODDAMN RIGHTS and THE OUCHIES at the Nick.

COMEDIANS WELLRED: FROM DIXIE WITH LOVE, at the StarDome Comedy Club.

ROYAL SKYYY, BROTHER BURCH, THE MURDER OF JANE CROW and JOSHUA MOORE 8 p.m. at the Nick.

HOLIDAY SOUL WITH ERIC ESSIX at the Alys Stephens Center.

PLAY LIKE A GROWN UP HOLIDAY CARTOON NIGHT at 1st and 23rd.

ABRAMS at the Nick.

GOOD MORNING BEDLAM AND THE YELLOW DANDIES at the Nick.

CREATURE CAMP, THE GREEN SEED and IN SNOW at The Nick.

THE GOLDEN HUMMINGBIRDS DAY, Sunday, 5 pm. featuring ANNIE & THE CALDWELL SINGERS (Mississippi), MRS. KATIE SANKEY (The Thunderbolt of the South), BEAR & THE GOLDEN GATES (Mississippi), THE MILLER SINGERS (Birmingham), THE GOLDEN LAMBS (Birmingham), RUTH BLACK & THE HARMONETTES (Alexander City, Alabama) with Special Guest MS. CLEO KENNEDY (Birmingham), BISHOP JOHN D. REDMON, SR. with instrumental music,, THE DELTA AIRES (Bessemer) DOT & THE SILVER VOICES, THE FOUR MORNING DOVES, LAVORIA BROWN, Praise Dance with ANDRA SPENCER and JERICA GOSHA, Legendary Pastor Rev. DENNIS TURK, St. Mark’s Missionary Baptist Church Choir and so very much more at the Metropolitan A.M.E. Zion Church. The first 50 people to arrive will receive a prize. There will be other prizes as well and you do not have to be present to win. Call 798-7551 or 925-4889 for more.

WE COMMUNITY CAFÉ two Days of Service, 11 a.m. – 1:30 p.m. Wednesdays and Thursdays. WE Community Café at Urban Ministry launched a second day of opening beginning this month from 11 a.m. -1:30 p.m. The pay-as-you can WE Community Café will now be open Wednesdays and Thursdays each week serving up the best in delicious and healthy food with a flare to the community located at 1229 Cotton Avenue S.W. Support the Community.

AT THE STARDOME: TODAY through SATURDAY: JAMES GREGORY: The Funniest Man in America returns! For over twenty years, the unforgettable caricature of veteran comic James Gregory has stood grinning: his blue shirt untucked, his arms outstretched, a carefree welcome to a down-home, hilarious storytelling experience. The trademark caricature is the essence of James Gregory´s comedy: whimsical reflections on life from the front porch.

COMEDIANS WELLRED COMEDY TOUR: FROM DIXIE WITH LOVE at the StarDome: Trae Crowder (The Liberal Redneck), Drew Morgan and Corey Ryan Forrester are stand-up comedy and writing partners. The trio has been touring nationally to sold out clubs and theatres in support of their best-selling book,
Liberal Redneck Manifesto: Draggin Dixie Outta the Dark. Trae, Corey and Drew have been featured guests on The View (ABC), Real Time with Bill Maher (HBO), Nightline (ABC), Last Word with Lawrence O’Donnell (MSNBC), CNN Tonight with Don Lemon and various programs on MTV, MSNBC, CNN, BBC,
Fusion, NPR and SiriusXM. They also co-host their own topical weekly podcast recorded on the road, wellRED podcast, which has reached over 1.5 Million downloads internationally.

CHINESE ART – Check out the exhibition at the Birmingham Museum of Art.

‘WE READY’ A DOCUMENTARY – A HBCU Story, WE READY, is about Miles College and the Purple Marching Machine (PMM) Special Presentation directed by
Drae Jackson. The movie is focused on the art of marching bands and is entitled ‘WE READY.’ COMING SOON JANUARY 14!