GOOD MORNING BEDLAM AND THE YELLOW DANDIES at the Nick.

LIVE AT STEEL, 8 p.m. with SHARRON performing and DJ DUBB in the Mix at Steel on First at 23rd Street, downtown Birmingham. Get your live music
and dance on every Thursday night.

CREATURE CAMP, THE GREEN SEED and IN SNOW at The Nick.

PARTY BUS to the Game between the Magic City Surge and Atlanta Tappers leaves at 3 p.m. for the 9 pm. EST game in Atlanta. Leaves from 400 Rev. Abraham Woods Jr., Blvd, 35204.

RAELYN NELSON BAND, CHRIS SIMMONS BAND and WILL STEWART at the Nick.

A VERY LOUD DEATH, RADIO DECAY and MATCHI 8 p.m. at the Nick.

5 COMICS FOR $5 at the StarDome Comedy Club.

WHAT THE HELL HAPPENED IN 2017?, 6 p.m. TODAY, at the Black Market Bar and Grill in 5 Points South. It’s been a long year. We’ve seen our Speaker of the House convicted, our governor resign, our senator become the U.S. attorney general, our state attorney general briefly become our U.S. senator, and the Chief Justice of the Alabama Supreme Court resign in defiance (and possibly become our next U.S. senator). And that’s just at the statewide level. We’ve also seen representatives indicted on bribery charges, surprising city elections, a congressman survive an assassination attempt and pivotal court decisions that could reshape Alabama for a generation. How will the Roy Moore-Doug Jones race shape the statewide elections in 2018? What role will our new senator play in Washington? And what do we do now?

ZOOLIGHT SAFARI, December 15-23 and 26-31 , 5 – 9 p.m. at the Birmingham Zoo. Watch as the Zoo comes alive for 18 nights of holiday-centric fun at ZooLight Safari presented by Wells Fargo! Be amazed by over one million lights, listen to holiday music and delight in festive snowfalls every night! Enjoy a ride on the Shipt Candy Cane Ride*, go for a spin on the Jingle Bell Carousel*, experience the thrill of the over 100 foot Yuletide Slide*, ride the Santa Rollers* and so much more. Take in the beauty of a decorated tree reaching nearly 30 feet tall in Trails of Africa as you dance and boogie to special entertainment each night! New this year – enjoy a nightly (through December 23) performance plus meet and greets and photos with the Singing Santa! Adult beverages will be available for purchase on Friday and Saturday nights. Enjoy a glass of beer or wine for a fun date-night at the Zoo! *Requires ride ticket or wristband.

WHITE BIRMINGHAMIANS FOR BLACK LIVES are at Railroad Park, 11 a.m. – 1 p.m. White Birminghamians for Black Lives will hold witness this Friday, Dec. 15th, at Railroad Park, from 11 AM-1 PM. We will meet at 15th St. and 1st Ave. S, at the curb, near the skateboard bowls. We walk a linear route on 1st Ave. S, on the outer sidewalk of the park between 18th St. and 14th St. If you aren’t able to walk, you’re welcome to sit with your sign. (If the park is closed for a special event we walk on the opposite side of 1st Ave. S between 18th St. and 14th St.) This time slot is a window in which you’re welcome to come for a short period or to stay the whole time. We will convene briefly near 15th Street around noon. The witness is an opportunity especially, but not exclusively, for white Birminghamians to bear witness to the truth that Black Lives Matter. Everyone is invited and needed. Parking is available along 1st Ave. S between 18th and 14th Streets. Turnover is frequent so it’s usually possible to find a
spot. There are no meters. Signs and sign-making supplies are available at the event.

AT THE STARDOME: THIS WEEKEND 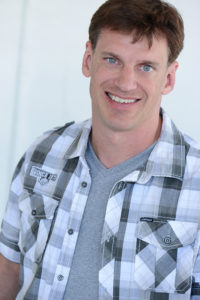 TODAY through SATURDAY: DALES JONES. Dale Jones was a semi-finalist on Season 6 of the hit NBC series Last Comic Standing. He has also has been seen on Fox TV and in the movie “Out of Time” with Denzel Washington. His machine gun style of delivery and animated facial contortions combined with quick improvisations and non-stop physical comedy leave the audience wishing they had his energy. Forget “high energy”– this is frantic!

SATURDAY: MEET AND GREET FUNNYMAINE AT THE STARDOME, 11 a.m.

You won’t find many comedians that can claim to be a lifetime class clown, witty, handsome, a dual-degree college graduate, savvy in graphic design, and on top of that, just be funny as hell! Well, Jermaine “FunnyMaine” Johnson is definitely the exception! This talented young man from Birmingham, Alabama has been entertaining audiences across the southeast for several years now, and many seem to agree that he has the potential to etch his name in the comedy history books with the greats. From his early days as a youngster in Opelika, Alabama, Jermaine has always had the ability to make any room (or classroom) his personal stage. At home, at Daniel Payne Middle School, at Jackson-Olin High School, and at Stillman College (Tuscaloosa), Jermaine entertained his family and peers, leaving behind his personal “Trail of Tears” by making people explode with laughter and oftentimes crying. In 2001, he started hosting shows at Stillman College and eventually other universities in the southeast. In early 2005, he took the advice of his life-long friend and Kappa Alpha Psi fraternity brother, comedian Tre Williamson and decided to move past the master of ceremonies act to doing full stand-up. In his first ever full show at the University of Alabama-Birmingham, he exited to a standing ovation! Jermaine almost never shies away from an opportunity to make an audience laugh. He can oftentimes be found travelling with his mentor comedian Steve Brown giving hilarious performances at colleges and comedy clubs around the southeast. In October of 2010, Jermaine won the “Evening On the Moon” Comedy Search in Birmingham, AL! The competition placed over 20 Birmingham-Area comedians against one another for 3 rounds, with the winner being afforded the once-in-a-lifetime opportunity to open for one of the Original Kings of Comedy, Mr. Steve Harvey. With his glowing personality, southern charm, youthful spirit, and endless talent, Jermaine “FunnyMaine” Johnson is destined for comedy greatness!

JOHN MORGAN: Back by popular demand. “The Rajun Cajun” returns. He’s done almost everything from Showtime comedy appearances to MTV’s Spring Break. Now see this outrageous wild and hilarious comedian serve up a delicious platter of humor and great gumbo! You’ll have to take a breath from
laughing with this one.

CHINESE ART – Check out the exhibition at the Birmingham Museum of Art.