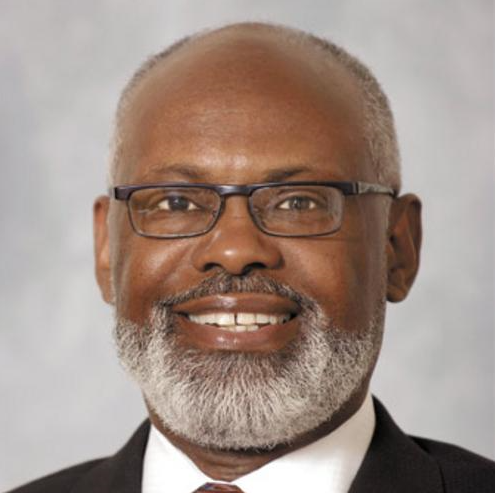 Walter Howlett Jr. president and CEO of A.G. Gaston Enterprises, LLC, died on Dec. 15 after a brief illness. He was 68.

Howlett was born and raised in Collegeville, and learned to give back at an early age.

“My daddy was a huge advocate of reaching out to kids, training up kids, connecting with kids,” said his daughter Cadeshia Samuel. “Any kind of community activity going on he was always pushing that. My daddy . . . didn’t grow up in the best of circumstances, however, he always wanted to give back to the community and do whatever he could do to instill leadership, integrity and how to walk in integrity.”

One of favorite sayings was “your word is your bond,” said Samuel. “He would say that all the time. He wasn’t just the one to push it and say the words; he was a walking example of that. Whatever he said, you could bank on it. He was a very smart, intelligent man. A true example of a leader.”

What many didn’t realize was that her dad was shy, Samuel said.

“He was a man of few words, but the words he spoke would change your life,” she said. “We’ve gotten so many calls where everybody would say ‘I was so close to your dad,’ and I’m thinking he couldn’t have had 3,000 people close to him, but that’s how he would make you feel; like you were the only one and that you were important.”

Mr. Howlett had an impact on people no matter who they were.

“I went to the dry cleaners to get to his clothes the other day,” his daughter said. “The people at the cleaners asked how he was doing and I had to let them know that he had passed, and they started tearing up and said, ‘he was a wonderful man.’ I said, ‘now what man impacts the dry cleaners.’ But that was him. Nobody was too small or too large. He made you feel good about you.”

Mr. Howlett was a natural fit for his job. He worked under legendary Birmingham businessman Dr. Arthur George Gaston at Booker T. Washington Insurance and became the sole shareholder of A.G. Gaston Construction in 2009. He has served on a number of boards including A.G. Gaston Boys and Girls Club and the Foundation for Progress in Journalism.

He was especially close to his family, Samuel said.

“He loved his kids and his grandkids and he chose to be active in our lives,” Samuel said. “He expressed his love for us, and we expressed our love for him. We had no regrets, but there were so many other things we had to do. My sister (Tameka) isn’t married yet, and she told daddy ‘okay daddy, it don’t look like I’m going to be married this year so I’m going to need my father-daughter dance.’ And they joked about it. That’s the kind of person he was.

“We had so many other things that we needed to do with him, but we know that God needed him more, and the impact he left here … the four of us (children) were saying ‘it’s going to take all four of us to walk in that man’s shoe.’ It was never about him. It was ‘what can I do to help somebody else?”