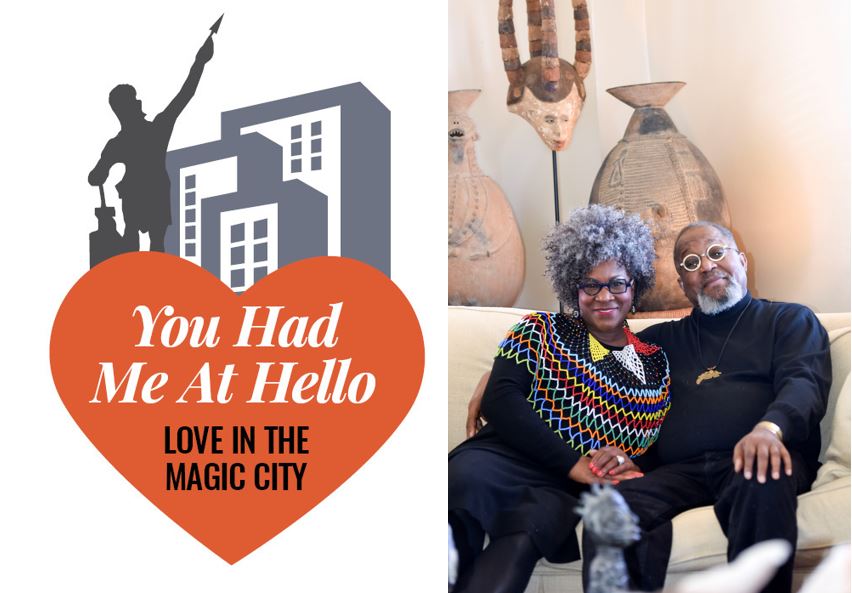 “You Had Me at Hello” highlights married couples and the love that binds them. If you would like to be considered for a future profile, please send nominations to Ariel Worthy at aworthy@birminghamtimes.com. Please include the couple’s name, contact number and what makes their love story unique.

Met: It was 1973 and Elias’ job with South Central Bell had him transferred to Memphis. Elias grew up in Chicago, although he spent a lot of his childhood in Birmingham. Dorothy “Dee” Bond had worked with Elias and offered to show him around the Memphis. One night, “Dee” invited him out to a concert with another one of her friends, Gaynell. Elias ended up meeting “Dee,” Gaynell and Marva, another one of Dee’s girlfriends. “I thought it was just going to be the two of them. But it was actually three girls. I only bought two roses,” he recalled. Gaynell remembers being a little hesitant that night. “I had just gotten out of a relationship.” That night they all went to see the singer Minnie Riperton perform at Overton Square.

Elias: “I thought they were too young and I thought they were just being friendly with me.” But Gaynell eventually called him again and offered to take him around Memphis. And they started hanging out, often times with a group of friends.

Gaynell: “I thought he was a nice guy. I wasn’t really smitten in the beginning but I thought he was different from everyone else. His worldly travels impressed me.”  Elias had served in the Peace Corps in Ghana, Africa.

Elias: “All the girls in that group looked up to Gaynell. She was the one whose opinion mattered and that piqued my interest.”

The proposal: Eventually the couple began dating seriously and it did not take long before they both knew where the relationship was headed.

Said Gaynell: “We talked about marriage. We knew we wanted to be together. He knew we were not going to spend this much time together and not get married. I really liked him a lot and one weekend away in Nashville he asked me and I said yes. I think it was during a Fisk University Homecoming weekend.”

Happily ever after: The couple had their first child, Daagye, in 1975 and moved to New Jersey for Elias’ job.  Elias and Gaynell both earned MBA degrees during their eight years in New Jersey.  Elias’ job with the telephone company would transfer him one last time. The couple in 1984 moved to Birmingham, settling in Mountain Brook. They lived there for 12 years with their children— Daagye, Elias III and Shia— until they both got the itch to redevelop a building in downtown Birmingham. “I’ve always been a city boy,” Elias said. The two started a business, Wee Care Academy. And they both became public servants — first Elias who served one term on the Birmingham City Council and then Gaynell who has served two terms as the Jefferson County Tax Assessor.

Words of wisdom: “Respect the other person’s opinion,” Elias said. “Don’t think you will always be right.” He added something else that he learned from his grandmother “It doesn’t matter who you love, it’s who loves you warts and all.”

Said Gaynell: “Find someone you really like and admire. I really admire Elias. He is an intelligent and passionate person. And I still really like him a lot.”