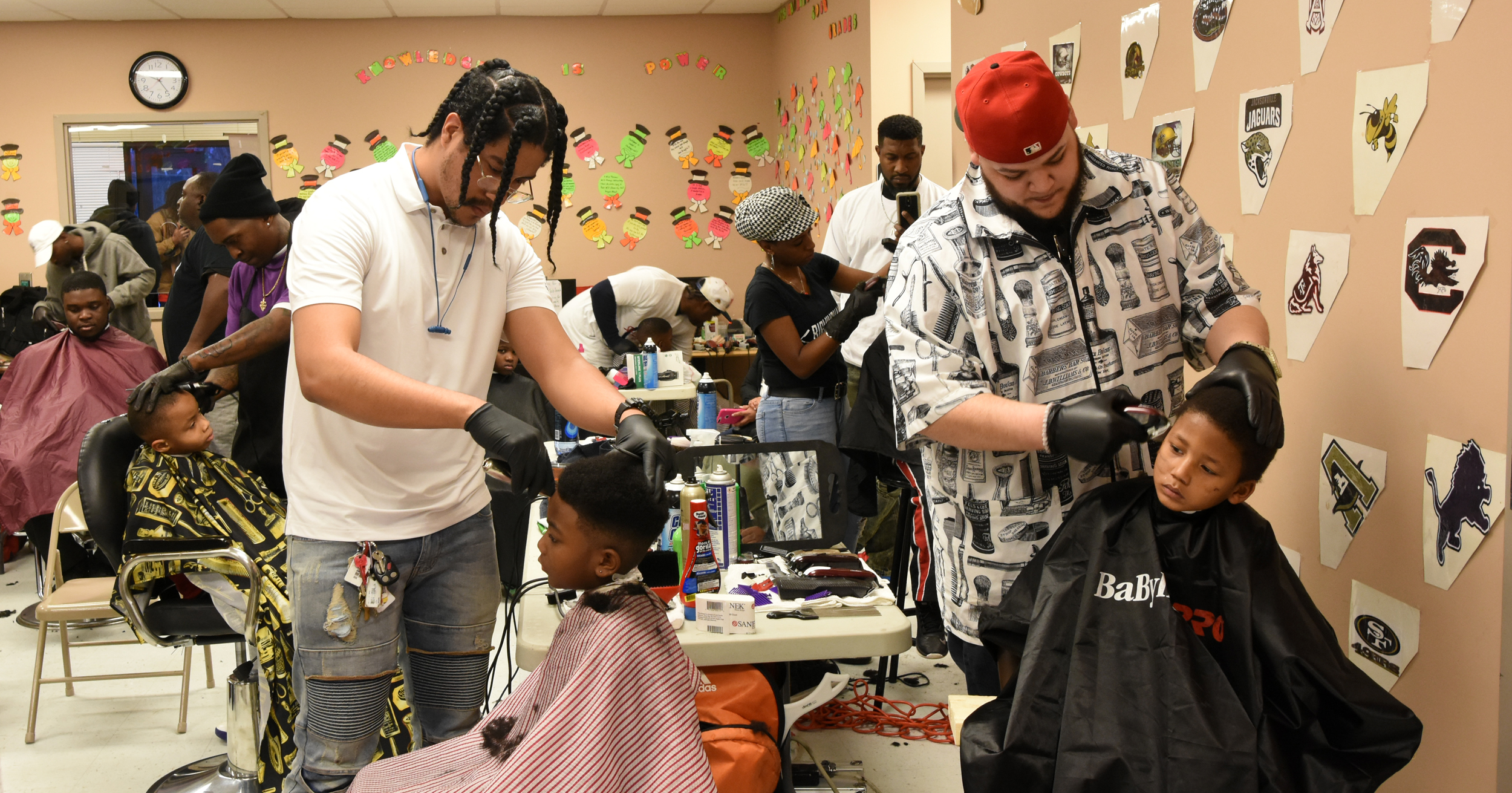 There was a lot of Kutting Up Sunday at the pop-up barber shop in Elyton Village.

Twenty-two barbers alternated using 11 chairs in the community center of the public housing community as 146 boys took their turns in chairs.

Each exited with a fresh haircut for his return to school on Monday after the Christmas break.

“You came back from that break and everyone wanted to know what kind of clothes you got, what of hairstyle you got, what you did . . .,” said Cory Pettway, one of the event organizers. “Coming from some of the communities that we come from, we know that children in those areas don’t always have the best opportunity or availability of resources.

“We wanted to make it so they didn’t have to come to us but we came to them.”

Birmingham Barber Coalition sponsored Kutting Up 4 Our Kids, a barber blitz held in conjunction with Cultivate 4 Mentoring and the Willing Family.

Pettway is part of the Willing Family, a group of volunteers who have been willing to work in the community like family.

Residents were pleased to see the barbers take out time for the young men.

“I have to pay $30 every two weeks to get my children’s haircut,” the 33-year-old said, noting that her sons got more than a neat look. At least one talked about the discussion he had with his barber, about his performance in school.

“I really enjoyed it,” she said.

Tiffini “T. Michae” Browns a member of Birmingham Barber Coalition and works at The Fade Lounge Barber and Beauty in Bessemer. Appearance matters, she said.

“When you look good, you feel great,” she said. “It does something to your confidence. You feel like you can get that job or you can have that conversation with somebody in school because you’re well groomed.”

Jarvis Powell, 27, is a BBC member who lives in Elyton Village and cuts hair there. Beyond making the boys look good, the aim was to help prepare the young men for the workforce.

“I’m pushing these young men to go in interview-ready, to push them to be a young man instead of a thug or a gangster” he said. “I want them to carry themselves like gentlemen on a daily basis.”

Cultivate 4 – generally known as C4 – is based on the principles of heritage, education, leadership and manhood.

“We feel like these four principles, once cultivated, will help explode the stereotype of our young boys in our community,” said member Jermaine Johnson, “helping them find passion and purpose in all areas that they do.”

Birmingham Barber Coalition can be reached at bhambarbercoalition@gmail.com for anyone who wants to assist with the outreach.