Birmingham native Carole Smitherman was in the courtroom when Doug Jones, then a U.S. Attorney, prosecuted Ku Klux Klan members in the early 2000s for their roles in the Sixteenth Street Baptist Church bombing that killed four girls in 1963.

“I was a law student, and I observed him try that case,” Smitherman recalled. “I sat through the whole thing. I worked in the DA’s office, so I knew that [Jones] had a familiarity with the black community. I also knew when he called me to tell me he was running [for the Senate seat vacated when Jeff Sessions became U.S. Attorney General] that he would be inclusive of everyone.”

Two issues became paramount for voters with Jones as a candidate, said Smitherman: “We had a chance to make a difference, and it was for someone we knew.”

“The African-American community in this part of the state is very familiar with Doug Jones,” she said. “He did an excellent job of reaching out to the other African-American women, knowing that we could make a difference.”

Jones was sworn into the U.S. Senate in Washington, D.C., on Wednesday, January 3.

Smitherman, a Jefferson County Circuit Court judge who is seeking re-election this year, was among the African-American women who helped catapult Democrat Jones to his historic victory over Republican Roy Moore in the December 2017 special senate election.

“In terms of black women, we have always led our people from behind the scenes,” Smitherman said. “In the church, for example, men are the ones who are most prominent, but it’s usually women over the course of time who have been the ones to lead and help our men without being seen. The same thing, I think, is prevalent now. You see, there’s never been a celebration of black women from the Civil Rights era and the roles played by those mothers, daughters, aunts, and sisters. That’s part of our culture: we women don’t try to assert ourselves, we just want to get the job done.”

“All those things were given to me by God, and I listened to him when those opportunities would manifest. I definitely believe in purpose. I’m a purpose-driven person. There are a lot of young women that I mentor now who want to know how I did what I’ve done. We want a better world.”

Women play a unique role in the political arena, the judge said: “My daughter did data work for the [Jones] campaign. She’s a student at [the University of Alabama], so she is politically aware, as most women are. I’m not saying men are not, but we are more so because we are the teachers of our children. We want to teach them that when there’s an opportunity we seize it.”

Smitherman put support for Jones in a historical context. 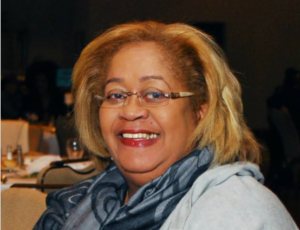 “My initial reaction was that these are the women from the Civil Rights era, their daughters, and their granddaughters. They are manifesting the need for change and the need for us to be more proactive.

“That’s the way it is,” she said. “Big Mama tells everybody who to go vote for, and I think it was a mobilization behind Big Mama, Mama, and the whole family. These are the daughters who are direct beneficiaries of what Big Mama, Mama, and everyone else did.”

The judge expects the euphoria from the Jones victory to be around for some time.

“People still have Doug Jones signs in their yards,” Smitherman said. “We’re still celebrating the fact that we led the country in making a change in Birmingham, men and women, black and white. I think participation in the process … makes people feel like ‘My vote really can make a difference.’ I think that momentum will carry through for some time to come, including in the upcoming 2018 elections.”

The deadline for candidates who intend to run in 2018 is February 9. Primary elections are set for June 5, runoff elections are July 17, and the general election is set for November 6.

From Newsweek: Doug Jones won because of black women trying to ‘Save America’

From USA Today: Twitter thanks #BlackWomen for voting for Democrat Doug Jones in Alabama Senate election

From NBC News: Why black women voters showed up for Doug Jones

From The Washington Post: Long before sinking Roy Moore’s candidacy, black women in Alabama were a force for change

From Cosmopolitan: Black Women Are Constantly Saving America From Its Worst Self —

From BlackAmericaWeb: Black Women Turn Out For Doug Jones And Want Democrats To Acknowledge It

From The Guardian: The African American voters at the heart of Doug Jones’ Alabama victory —

From The Atlanta Journal Constitution: Did Roy Moore lose to #blackgirlmagic?

From The Hill: Exit polls: 98 percent of black women voted for Jones

From The Chicago Tribune: Column: On behalf of all black women, you’re welcome, Alabama — and America

From Esquire: Black Women Defeated Roy Moore, and the Country Is Better for It

From the Nation: Black Voters, Mothers, and Millennials Carried Doug Jones to Victory