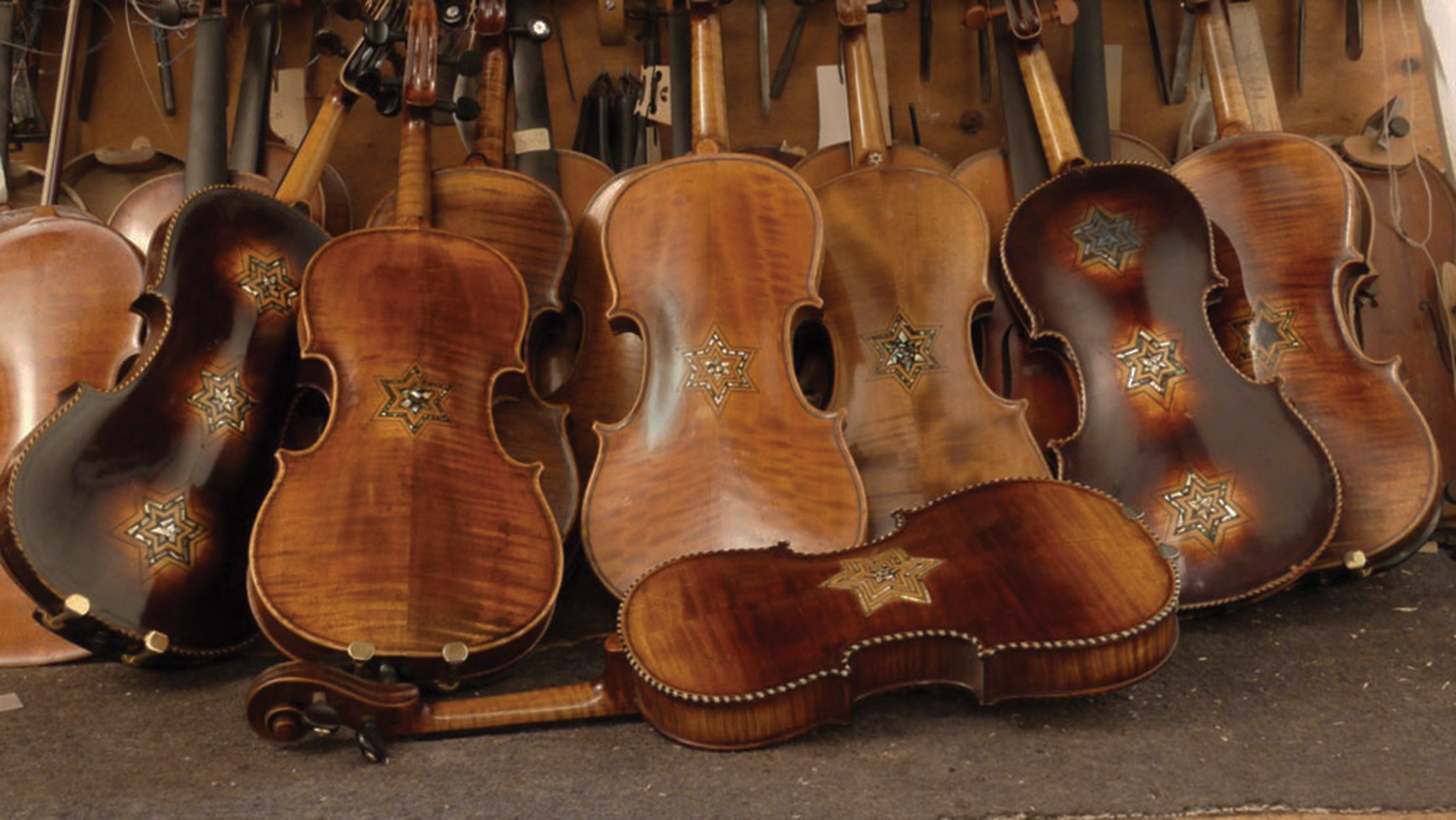 Historic violins played by Jewish musicians during the Holocaust will be featured in Birmingham next week for four days of concerts, educational programs, and interfaith dialogue.

The premier public event will take place next Wednesday, April 11, at the historic Sixteenth Street Baptist Church in downtown Birmingham.

The free event will serve as an official welcome to creator and founder, Amnon Weinstein, whose restored “Violins of Hope” have become literal instruments for tolerance and peace around the world.

Weinstein said he is especially pleased to bring them to one of the key battlegrounds for civil rights in the America.

“It is my hope that these restored violins can be played in Birmingham, Alabama, so that those who helped change the story of civil rights in America can hear their messages of hope for the future of all humankind,” Weinstein said.

Violinist Caitlin Edwards returns home for the world premiere of “Dreams of Hope for Solo Violin and Orchestra” by Dr. Henry Panion III which will be performed in the Sixteenth Street Baptist Church.

Some of Birmingham’s favorite artists will be featured during the event in an inclusive presentation of music, dance, and speech including Eric Essix; Kelsey Ebersold; Maurice Nix; Miles College Choir and Dreams of Hope Orchestra.

Weinstein’s invitation to Birmingham came from Sallie Downs, who saw a segment on television about the violins and felt compelled to bring them to her hometown. Downs traveled to Tel Aviv to ask Weinstein to bring “Violins of Hope” to Birmingham.

Local musicians, philanthropists, civil rights workers, and others will participate in four days of performances, lectures, and dialogue about social justice and free expression. “We are especially gratified that the faith-based communities have responded so favorably to ‘Violins of Hope’,” Downs said. “Many churches, synagogues, and mosques will use these violins as focal points to exchange ideas about the need for actions that advocate tolerance and peace among people of different belief systems. The lessons of the Holocaust are not just for Jewish people but for all who aspire to live in harmony and with mutual respect for one another.”

Events will take place throughout the week. The finale will be a Violins of Hope concert with the Alabama Symphony Orchestra on Saturday, April 14, at the Alys Stephens Center. For full details and tickets, visit www.violinsofhopebhm.org.

Nearly 50 years ago, a survivor first brought a violin into Amnon Weinstein’s shop for restoration, saying he had played the instrument while Nazi soldiers marched others to their deaths. When Weinstein opened the violin’s case, he saw ashes and could go no further with the restoration. He was overwhelmed at the thought of his own relatives – 400 in all — who perished in the Holocaust.

In 1996, though, Weinstein put out a call for violins from the Holocaust and began restoring them, hoping to honor the memories of those who died in concentration camps and to give voice to their stories.

“Music connects us to history in a way we can relate to, and that’s particularly true of the violin, considered to be the closest instrument to the human voice,” Weinstein said. “Just thinking about the role violins played during the Holocaust makes us shiver as we feel, think, and identify with the victims.”

The events in April mark the first opportunity in Birmingham to experience the restored violins.

Carlos Izcaray, Music Director of the Alabama Symphony Orchestra, said: “Birmingham is one of history’s epicenters of human rights developments and, as such, is a unique and special place where ‘Violins of Hope’ can prove the power of music. This is an opportunity to connect with the deep stories of our past and will give us a moment to reflect on an ever-brighter future. We at the ASO are honored to participate in this very meaningful event.”

Jeffrey Bayer, who is co-chairing the project with his wife, Gail, said: “These extraordinary instruments have the potential to make a lasting impact on a world that often seems torn by division and hatred. A profound personal story lives within each violin, and together, they have the potential to leave an indelible imprint on every person who sees and hears them.”