Over the final two decades of the 20th century and into the 21st, Alabama’s biotechnology sector developed steadily. It rose from the foundation established by the emergence of Birmingham — particularly the University of Alabama at Birmingham and the nonprofit Southern Research — as a leading national center for medical and scientific research.

By the mid-1980s, UAB and local business leaders were moving to facilitate the commercialization of research and actively support the business climate for startups in biotech and other technology-related fields. That led to the creation in 1986 of the Office for the Advancement of Developing Industries (OADI).

As an “incubator” for tech-based industries, OADI was successful from the beginning. In 2006, it was merged with small-business incubator The Entrepreneurial Center, and the following year — renamed Innovation Depot — moved into a renovated former Sears flagship in downtown Birmingham, where it has become one of the nation’s leading startup programs. Since 2010 alone, Innovation Depot has housed well over 100 companies, accounting for a combined economic impact of nearly $1.5 billion.

Meanwhile, other biotech ventures across Alabama were finding success in their own right. Among the highlights:

BioCryst Pharmaceuticals. Founded in 1986, BioCryst began as a tenant at OADI, developing antiviral drugs. The company went public in 1994, and by 2008 was recognized as one of the fastest-growing tech-based companies in America.

HudsonAlpha Institute for Biotechnology. Opened in Huntsville in 2008, the nonprofit HudsonAlpha engages scientists, educators, clinicians and entrepreneurs in collaborating to apply genomic sciences to improving human health and well-being around the world.

Evonik. In 2014, the German-based Evonik — one of the world’s leading specialty chemical companies — chose Birmingham as the site of its first global “Innovation Center.” In an interesting twist on Alabama’s biotech history, the company in 2011 had acquired SurModics, the firm that bought Birmingham’s Brookwood Pharmaceuticals four years earlier. In March 2018, Evonik capped off $50 million in investments over its four years in Birmingham by making its Birmingham facility the site of its global Competence Center for Medical Devices.

In part, the ongoing — and, of late, accelerating — evolution of Alabama’s biotech sector is an outgrowth of the change in the state’s economic development strategy that also began in the mid-1980s. Especially as it related to biotech and life sciences, a more collaborative and forward-looking approach took hold. Today, the results of that are becoming apparent.

“By working together across the state,” says Carter Wells, vice president for economic development at HudsonAlpha, “Alabama continues to grow as the biotech hub of the Southeast. Our company is proud to play a significant role in the state’s success.”

Even so, obstacles remain for Alabama to achieve its full potential in biotech. One is access to capital, not only to fuel the startup culture, but also to encourage companies founded in Alabama to remain in the state. Another is being intentional about workforce development, ensuring the availability of education, training, jobs and entrepreneurial opportunities necessary to develop a true “ecosystem” for the kind of growth that gave rise to tech hubs like Silicon Valley.

Part of that comes from the presence of an entity like HudsonAlpha. As Wells notes, the institute’s “unique model” enables it not only to attract biosciences companies, but also to “train the next generation of scientists and grow Alabama’s biotech workforce.”

Another part of that effort is Bronze Valley. Launched in 2018, the Birmingham-based nonprofit is focused on workforce development and access to capital, as well as commercialization of science- and technology-based discoveries made at established research centers around Alabama. Most particularly, the organization is working to create an education-to-opportunity pipeline for ethnic minorities and women, who currently are underrepresented in technology careers, as entrepreneurs and in other fields where innovators will lead the way in creating the jobs of the future.

“It’s about creating and perpetuating a culture of innovation,” says John O. Hudson III, chairman of the board for Bronze Valley and senior vice president for marketing and business development for Alabama Power. “We have the momentum and the ingredients, and now we’re putting the collaborative infrastructure in place to support transformational growth.”

This is the last in a series of three articles on the history of biotech in Alabama. Mark Kelly is a Birmingham writer who is a senior market specialist for Alabama Power. 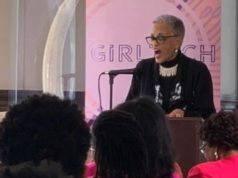 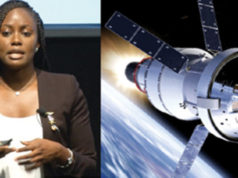 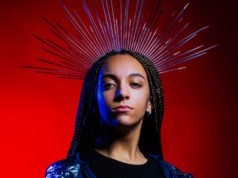