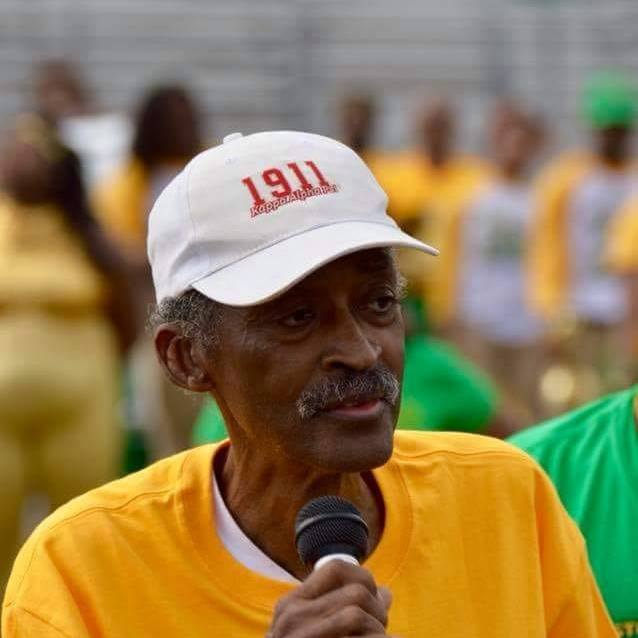 Former students, family and friends remembered Mr. Crawford as being an exceptional teacher and a mentor.

“Mr. Crawford’s legacy will always be that of building leaders,” said April Williams, a former band student of Mr. Crawford’s, as well as family friend. “He had this unique ability to make every child feel special. His family shared him so freely. Not enough educators are like that today… he had expectations and he instilled in us standards of excellence, high values, and morals.”

Williams recalled that this spring, the alumni performed to raise money for the band and [Mr. Crawford] directed. “We had a wonderful time,” Williams said. “We all talked about how life had come full circle and how ironic it was that we were on his first line and it just so happened that we were on his last line … we look back on how meaningful that was because we’ll never get to march under his direction again, not on this side.”

Mr. Crawford also mentored Birmingham actor Brandon McCall, who was just cast in a theatre rendition of “The Lion King” and will go on tour with the production, Williams said.

“I was on his first line as a majorette,” said Williams. “He was so passionate about music and he could play any instrument. He would be in the band room and could hear one bad note out of the entire band. He was a musical genius.”

Williams recalled a saying that Mr. Crawford repeatedly said to students and she can still recite: “The price of glory is high and the door to success is labeled push.”

Donald Mitchell Crawford, affectionately known as “D.C”, was the fifth child born on May 24, 1948, to Worcy and Christine Crawford.  He was raised in the Ensley community, attended Council Elementary and was a 1966 graduate of Western-Olin High School, which was later named P.D. Jackson-Olin.

While at Western-Olin, Mr. Crawford was an outstanding drum major and also played first chair alto saxophone under the tutelage of the late Amos F. Gordon, Sr.  He was awarded a music scholarship to Alabama State University where he earned his Bachelors and Master’s Degrees in Music Education and was later inducted in the “School of Music Hall of Fame” at ASU.

He was a veteran of the U.S. Army and performed with the 291st and 283rd Army Band in Fort Bennett, Georgia. Mr. Crawford returned to Birmingham and was immediately hired as music teacher for Birmingham City Schools.  He was assigned to P.D. Jackson-Olin (formerly Western-Olin) High School, his alma mater in 1976, as assistant band director to his mentor, Amos F. Gordon and took over the helm in 1977 after Gordon’s retirement.

In the 60-year history of Jackson-Olin High School, there had been seven principals, eight football coaches and countless of other coaches and teachers, but only two band directors, Amos F. Gordon 1952 – 1977 and Donald M. Crawford, Sr. 1977 to 2011.

Mr. Crawford had the distinct honor of serving as band director at the former and current facilities, which opened in 2007.  Upon Mr. Crawford’s retirement, the recommendation was made to name the school’s auditorium in his honor.  Through his humility and desire to honor his predecessor, Crawford asked instead to name the auditorium the “Amos F. Gordon-Donald M. Crawford” Auditorium. And, on May 25, 2012, a ceremony was held to dedicate the Gordon-Crawford Auditorium in their honor.  He also served as band director for Miles College.