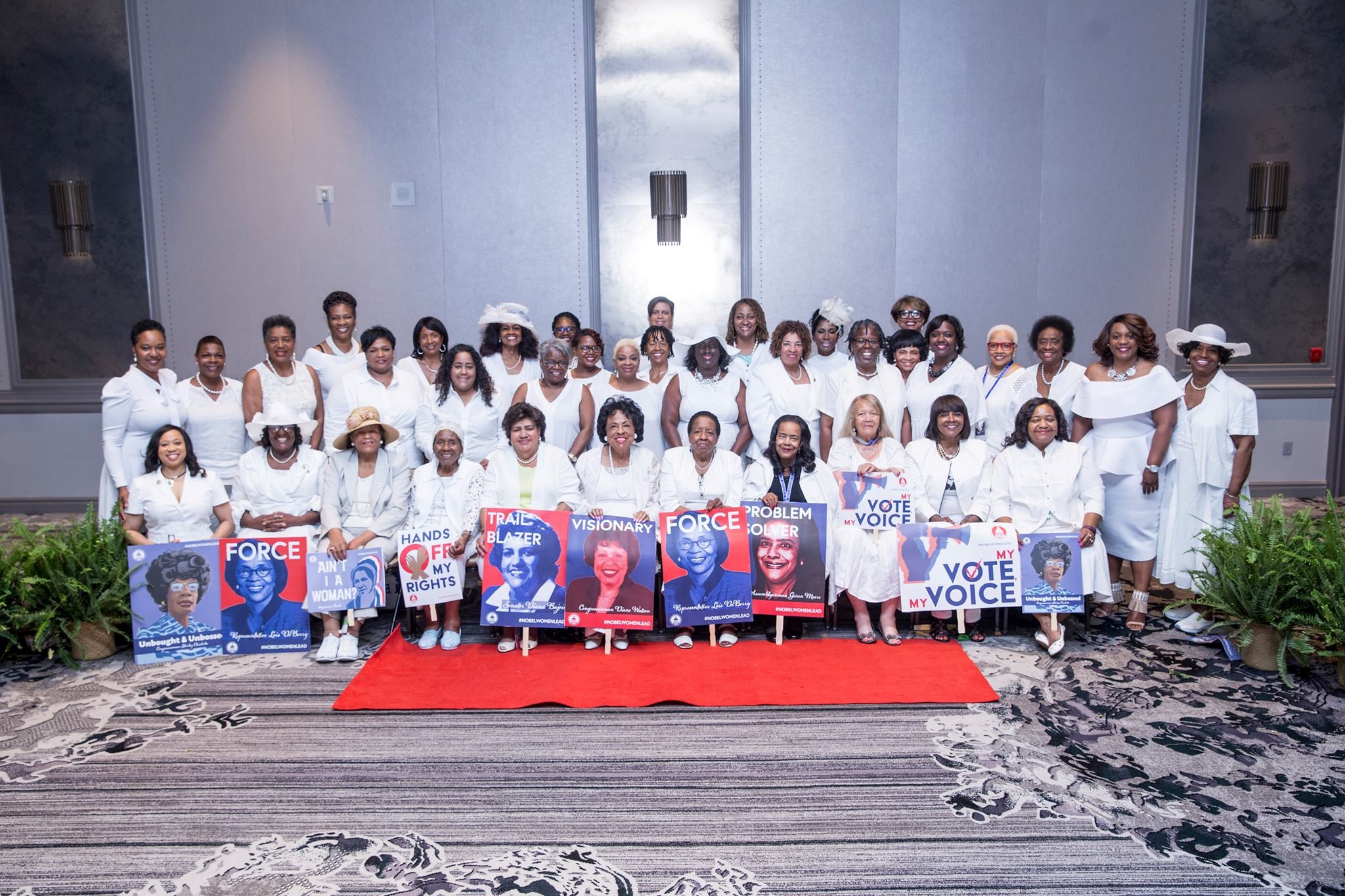 Update: due to security concerns, U.S. Rep. Maxine Waters will not be in attendance of the NOBEL Women Conference.

Dozens of strategists and elected officials from around the nation are in Birmingham this week for a gathering of the country’s top political minds.

The National Organization of Black Elected Legislative (NOBEL) Women will host its annual conference June 28-July 1 in Birmingham, its first time in the Magic City.

“Anytime you can have something in your own state and city is an honor,” said Givan. “It’s a lot of hard work but we’re going to have a good time. For us, the most important thing is the empowerment.”

The three-day conference at the Sheraton and Westin Hotels in downtown Birmingham couldn’t come at a better time for policymakers, industry leaders, and members of the community.

“Given what’s going on with immigration; the Supreme Court upholding Trump’s travel ban; crime, especially in the African American community; racial profiling; our men are being killed by police officers . . . black women are needed for times such as this,” Givan said.

She pointed out that the social and economic climate have led women to stand up and become vocal. “Even (President Donald Trump’s) wife, Melania; Michelle Obama and all of the other First Ladies were outraged [at families being separated at the border],” Givan said. “So we make a difference. It’s a difference when we raise our voices.”

“It’s not just right now, we are a backbone, always have been,” Camper said. “It [just] seems ‘here is another thing that’s going to be put on the backs of black women,’ but this is not anything new. We’ve been strong women in our families. We’ve been the strong woman who had to . . . say ‘I only have this much money coming in every month, but I have children I have to take care of, I’ve got family to feed.’ We’ve always been that, in my opinion. This is just a continuum of who we are.”

NOBEL Women was founded in 1985 as a national organization to increase and promote the presence of black women in government. Members talk about public policy from a national perspective, and how it impacts individual states, Camper said.

“We also can be a support system for women who decided they want to put themselves out there, that want to consider (running for elected offices),” she said. “We can mentor them, we can offer leadership opportunities for them with our Leadership Institute or talk to them about the ups and downs, the good, the bad, and some of the things they’re going to experience and need to be prepared for.”

The convention is being held in an Alabama that has elected a record number of black women.

“We’re seeing that not just in Jefferson County and Alabama but throughout the country,” Camper said. “We’re seeing where black women are feeling this level of empowerment, that ‘I can do it, I have a voice, I have issues that are important, I want to talk about them, I want people to hear what we’re saying, I want to resolve our issues.’  They’ve been feeling empowered lately to put themselves out there which takes courage.”

“I think for a long time, black women have had a wish, want, desire to have their voices heard, be in elected office, all levels of government and sometimes we have put our wish want desires on the back burners because we’re dealing with family,” she said.

“We’re raising our children, taking care of our parents, having careers and doing a lot of things that, in our minds, don’t necessarily allow us to run for public office. I think there’s been an empowerment of black women to say ‘well maybe I can do both, maybe I can run for office and take care of my family successfully.”

Givan added that black women know they can have it all.

“We have gotten to the point where we’re no longer complacent with just sitting at the table or bringing coffee to the table, or taking notes to the table when there’s a meeting or when a decision has to be made,” she said. “We are the decision makers, we’re the power, we’re the bosses, the boss chicks as I like to call them. We are the CEOs, the VPs and the COOs.”

NOBEL Women is not just a national organization.

“City council, county commission, school board,” Camper said. “We are a resource for [officials] when they have a question about something or they’re facing an issue. [What] we bring to the table with our Leadership Institute and our cadre of women . . . is crucially important. Sometimes some of these women are isolated in places where they are the only ones (black women).”

And some women are in the public eye taking heat for causes and stands they believe in like Waters, who has become of Trump’s biggest critics – and targets. There are others too.

Every year NOBEL Women gives out The National Shining Star Award for someone who has had an impact or helped to make history. This year’s honoree is Tarana Burke, founder of the #MeToo Movement, which has been a rallying cry against sexual harassment and assault.

“Because of the things she’s done . . . bringing visibility to what women have been enduring and not saying anything about and now that people are taking hold, it is changing people’s lives, because holding it in has an impact on your life,” Camper said. “It has an impact on your mindset, it has an impact on everything you do . . . she has empowered so many women. She deserved recognition for her courage to mentor young girls who have experienced this.”

Givan said the #Me Too Movement says simple: “Enough is enough. Me Too. That’s it,” Givan said. “At the end of the day, it says, ‘I’m a woman, I’m not an object, I’m not someone’s property. I’m human. My work is to be valued. I’m not here for you to touch me, to sexually assault me. I’m not here for you to sexually harass me. I’m here to do a job. I’m here to be treated with respect. I’m here to be treated with dignity and I no longer as a woman have to sit here and take your crap.’”

Updated at 7:23 p.m. on 6/28/2018. Congresswoman Maxine Waters canceled her appearance because of security concerns.