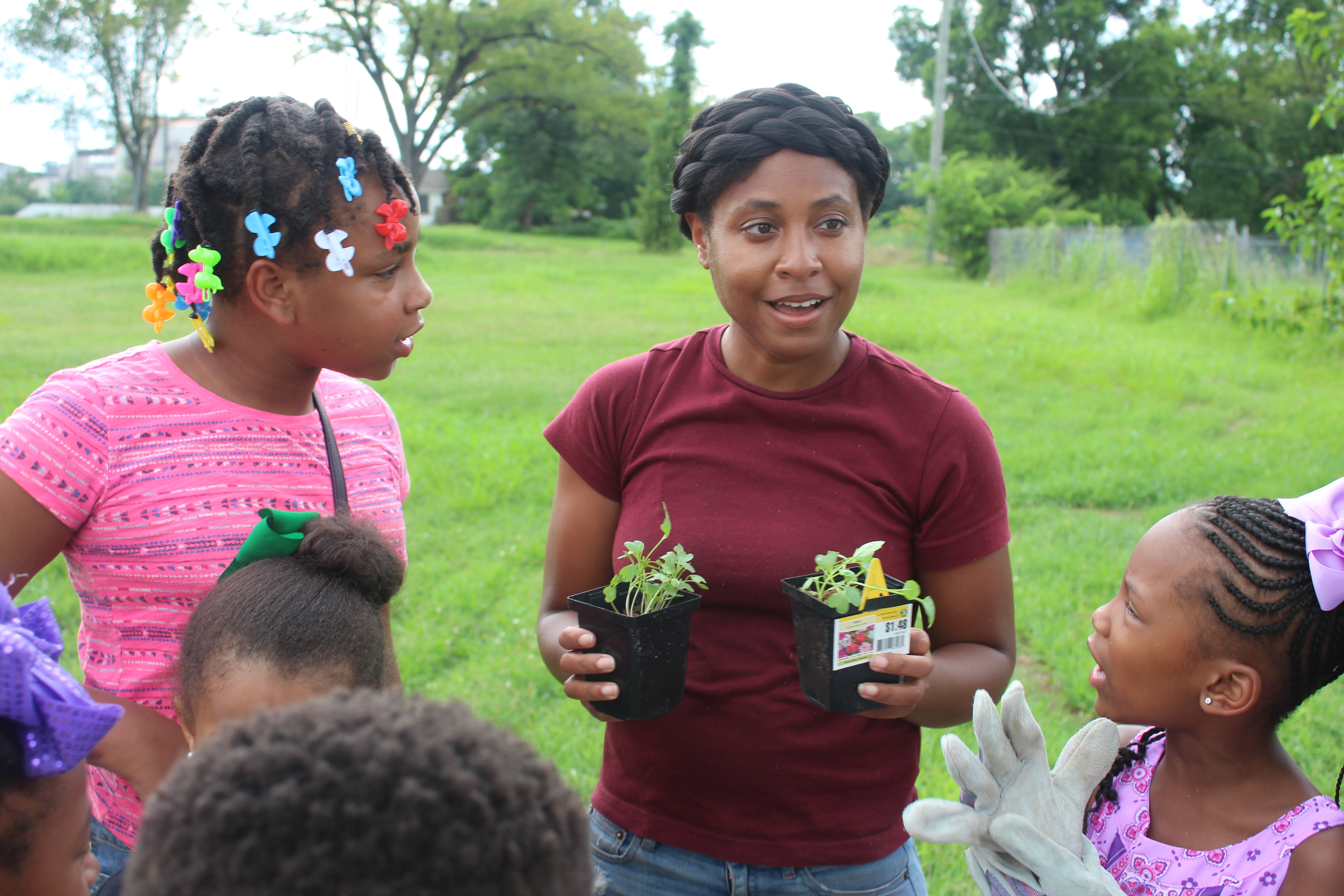 Growing up in Bessemer, Marquita Hall learned firsthand about the difficulties of gardening.

“I found out from my grandmother that her dad died in a garden, and so did my grandfather on my dad’s side,” she said. “They died in the garden because it is hard work to maintain it and keep it looking pretty.”

Hall, 35, is the president and CEO of Shine E Solar, a land-management and agricultural technology (commonly called agtech) utilities firm that focuses on the use of solar power to make growing food easier. After losing family members to the rigors of gardening, Hall asked, “What kind of energy do we have that we can plug into old-fashioned gardening?”

With Shine E Solar, which she founded in 2017, Hall’s aim is to grow food easier with the assistance of smart, solar technologies. Working with the city of Birmingham on a project in Roosevelt City was instrumental in her career track.

“I had started a small garden for the kids in that community, and it was getting increasingly difficult to keep it watered,” she said. “I asked myself, ‘How do we keep these gardens watered when there are other things to do, as well?’ Then I heard about an opportunity with the U.S. Department of Energy [DOE].”

The opportunity was a program called the Solar In Your Community Challenge, which sought ideas to get solar into low-income areas. Hall applied, was accepted, and gained access to resources and people who had been in the solar industry. She was able to find ways to bring solar energy to the community and even teamed up with Birmingham land managers to create a schematic, or drawing, for a smart, solar waterer.

In addition to using solar power to help grow food, Shine E Solar acquires, manages, and transforms vacant lots into spaces where food can be grown. Here’s how it works: Shine E Solar develops solar agtech products that will assist in managing a vacant lot with an agreement made with the owner.

According to Hall’s website, her company explores land management based on past usage, as well as location and community needs. When this process identifies a lot to be used for local food, the landowner and Shine E Solar will discuss options that allow Shine E Solar to pursue all required permits, approvals, and contracts that lead to a Solar Powered Community Garden, with solar installation included.

Community members benefit from having access to local food, and consistent use of the former vacant lot brings peace of mind to landowners, Hall said, adding that, though the field may seem complicated to some, she is always hungry for more.

“Even if I think I know something, I don’t mind reaching out to people who have been doing this a lot longer than I have, asking questions … and networking,” she said. “I would say this is my largest success because so many people have good knowledge, and … they don’t mind sharing what they know.”

Before becoming a business owner, Hall was just a young girl growing up in Bessemer, where she lived with her grandmother, mother, two younger brothers, and her cousins. Even then, she knew she would own her business one day.

“At 9 years old, I drafted my first business plan—and I still have it today,” she said. “It was rudimentary and simple, with just a service or a product I intended to sell. I think I always wanted to be an entrepreneur, but I didn’t know what type I would be. I just always had the inclination that starting a business was the way to go.”

Hall attended Bessemer’s Greenwood Elementary School, where she was one of two black students in her entire class.

“I integrated the class I was in, and that was a bit difficult,” she said. “As a child, you really don’t understand, but I knew I was different and they kind of treated me different, as well. Going through that was kind of tough, especially for a child.”

Despite being a minority in school, Hall persevered and went on to attend Jess Lanier High School. After graduating in 2001, she joined the U.S. Army and became an ammunitions specialist. Three days before graduating from basic training in Fort Sill, Okla., the U.S. was attacked on Sept. 11, 2001.

“I was in basic training with a lot of guys that were in the infantry, [and] … they were about to be deployed to Afghanistan or Iraq. That was difficult,” she said.

Despite being a soldier in the aftermath of the 9/11 attacks, Hall never saw any combat before she got out of the Army in 2003. She returned to Alabama and attended Samford University, where she studied political science. After graduating in 2007, she went to work as a court clerk for Judge Annetta Verin in Bessemer.

During her clerkship, she got the idea to start a nonprofit—the Foundation for Inner-City Enrichment (FFICE), which teaches high school kids life skills, such as how to grow food and different ways to meet people who have similar interests. FFICE, one of the first organizations to introduce land-management and agtech solutions in urban areas, was able to collaborate with entities like the Scott’s Miracle-Gro Foundation, the University of Alabama, and the DOE. After 10 years of working FFICE, Hall combined her political science background with solar power and energy.

“In the solar industry, political policy is one of the major things holding it back,” she said. “In places like California, it’s a lot easier to get solar panels and solar energy because of the different power systems they have.

“In Alabama, it’s a bit less black and white: there are some gray areas, especially with the conservation of clean energy because of power plant. … I think that learning about political policy and how it’s enacted led me to want to see how to implement policy pertaining to solar here in Alabama.”