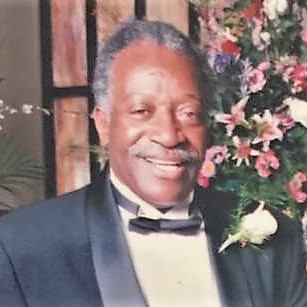 Joe Dickson, Civil Rights activist, publisher and owner of the Birmingham World newspaper, died on Saturday July 21, 2018. He was 85.

“One of the greatest things he taught me was to always treat people fair, always give people respect, and to be honest in what you do,” said his son Jonathan Dickson. “Be genuine and true to yourself.”

The biggest part of his legacy was being “about the African American community,” said his son.

“Everywhere we went someone knew my dad,” Dickson said. “A lot of the messages I’ve been getting (since his passing) are, ‘Your dad sold me my first house,’ ‘Your dad taught me and gave me my first job.’ Those kinds of things are his legacy. He was willing to help anybody.”

The Rev. Dr. Jonathan McPherson Sr., of Fairfield, chairman of the board of the Birmingham chapter of the Southern Christian Leadership Conference.(SCLC) remembered Dickson as a no-nonsense businessman, journalist and pioneer civil rights activist who stamped an indelible mark on the community.

“Joe was on the studious side and an excellent student. He was the president of our graduating class and he did not carry on any foolishness,” recalled McPherson. “We graduated together in the Fairfield Industrial High School class of 1952.”

McPherson became a chemistry professor at Miles College and faculty adviser to students who helped launch the ‘selective buying campaign’ or boycott of downtown Birmingham department stores in 1962. He recalls that, as a Miles student, Dickson “was one of the first to go to jail” during the protest period.

“He was a likeable person who was concerned about the forward progress of black people,” said McPherson, who grew up two blocks from Dickson in Fairfield. “He was on the quiet side and was strictly about black progress and doing what’s right.”

Frank Dukes, of Birmingham’s East Lake community, and a native of Fairfield, met Dickson in the 1944 and remembers that he was a trailblazer in attaining careers and jobs historically off-limits to blacks. “He was a great man and a free hearted man who was the first black man to become an insurance agent at Blue Cross-Blue Shield,” said Dukes, who was also a leader in the Birmingham retail boycott that paved the way for the Rev. Dr. Martin Luther King  Jr. to spearhead demonstrations in the city in 1963.

“Mr. Dickson was also the first black person to direct an area anti-poverty program (under the auspices of Miles College) and the first to manage a supermarket (Excel) in the city,” said Dukes.

Jonathan Dickson said his father worked in real estate, construction and with political leaders. Through it all he always was focused on the community. “He made sure we had access to things we might not have had access to,” Dickson said. “He believed in making sure that we take care of each other.”

Dickson said he learned from his dad at an early age.

“He would call me anytime and say, ‘hey, I need you to do this’. When he was working for [Birmingham businessman] Dr. (A.G.) Gaston doing insurance investigations, I would be with him. I would have my suit on as a kid and I would be in the car going on the investigations with him. Everything I learned about business, I learned from my dad, and he learned from Dr. Gaston,” said Dickson, who works at UAB as a program manager for Department of Physical Therapy under the School of Health Professionals.

Dickson said his father “he taught me to be a strong black man, be proud of who I am, instill that pride into my family and children. He always had his children involved. When he did construction I would be out there stacking bricks.”

“He’s been an ever-present fixture if I needed something,” Stewart said.

In 2017, she invited Mr. Dickson to speak to college students at the Birmingham Association of Black Journalists Boot Camp for students.

“He always had an opinion, he didn’t care if you liked or didn’t like it,” she said. “Sometimes he would run his (opinion) columns on the front page (of the Birmingham World).”

Wheeler said Mr. Dickson was a journalist at heart.

“I think part of (his journalistic heart) was his willingness to speak up and question things that call into question things that may not have been as they should be in the community,” she said. “He believed that there was a strong need for the black press. He would say ‘there are things they are not going to do at the Birmingham News, and there are things that they should not say at the Birmingham News, but we can say it, we can do it, and we ought to.’”

McPherson said Mr. Dickson did an ‘excellent’ job as steward of the now defunct Birmingham World newspaper. He noted that one of Dickson’s predecessors, Emory O. Jackson at the paper, was also a courageous and influential media voice for African Americans in Birmingham during the 1940s, ’50s and ’60s.

Stewart said Mr. Dickson leaves a legacy of independence and not only with the black press.

“He thought it was important for African Americans to be independent in their political choices as well,” she said. “I asked him, ‘Joe why are you a Republican?’ He said, ‘Because I can’t be a Democrat.’ And he went on to talk about the Democratic Party and the problems he had with that history.”

Mr. Dickson was the president of the Alabama Republican Council for a number of years and was asked to work for the former governor of Alabama, Guy Hunt, as the Assistant of Minority Affairs in 1988.