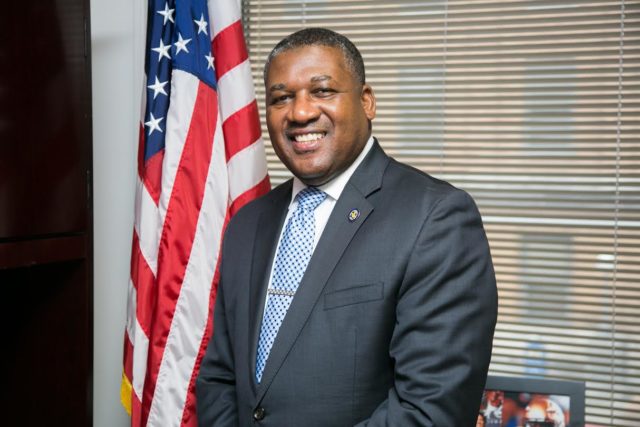 Gulley won in a landslide with 3,591 votes in a race against Bessemer City Council President Cleophus King, 843 votes, and businessman Anthony Underwood, 797 votes, according to unofficial results.

Gulley’s term has included some high-profile projects including a June announcement that a $325 million Amazon fulfillment center is coming to Bessemer that will initially employ 1,500 workers that could grow to 3,000.

“The people were able to see what we’ve done and the progress that has been made in this city over the last eight years,” said Gulley, who first took office in 2010. “If you look at the results of the election people let you know how much they appreciated it. God has truly blessed this city.”

Even before the Amazon announcement, the mayor pointed out a number of completed municipal projects such as the $6.2 million City Hall and a $15 million Recreation Center which opened in late 2016.

“If you go back and look at where we were 10 years ago the city itself was in financial straits,” Gulley said, “we stepped in and we’ve been able to do things necessary to the bring the city back . . . employees have been able to go their jobs and get raises six of the last eight years.”

The mayor has also been able to avoid the public conflict with his City Council, which has stifled many other municipalities.

“We don’t always agree,” Gulley said of his relationship with councilmembers. “We respectfully disagree. We’ve been able to find common ground when it comes to issues. We can sit around the table and discuss those issues and not embarrass the city . . . I think we’ve been successful because sometimes the mayor has to give and other times the city council has to give.”

Gulley said he wants to continue to build on the progress already underway. He added that the city will continue to seek federal and state money to help with infrastructure improvements while also addressing municipal court and jail issues and downtown revitalization.