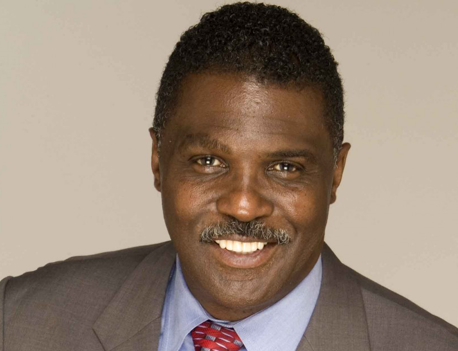 Aretha Franklin died from one of the rarest forms of pancreatic cancer at age 76. Not too long ago, Joe Jackson, patriarch of the famed Jackson musical dynasty that spawned superstars Michael, Janet, as well as the Jackson 5 lost his battle with pancreatic cancer.

But make no mistake, pancreatic cancer isn’t racially biased. It strikes regardless of whether one is famous or wealthy. Michael Landon, Steve Jobs, and Patrick Swayze are just a few of the white celebrities who were diagnosed with pancreatic cancer.

In addition to their individual legacies, the people mentioned all share a common bond – pancreatic cancer, the nation’s deadliest major cancer with a five-year survival rate of just 9 percent.

Medical advancements have vastly improved survival rates and time alive for cancers patients in general – but tumors of the pancreas remain some of the toughest to treat.

Only 20 percent of pancreatic cancer patients survive for a year after diagnosis. Just 7 percent make it five years.

Pancreatic cancer is a rapidly fatal disease that is challenging for researchers to study and treat. Because there are no good screening tests and symptoms do not often appear until the disease has spread. As other forms become more curable, pancreatic cancer is climbing the ranks of deadliest cancers, reaching number three this year, and set to soon become second only to lung cancer.

Pancreatic cancer affects the pancreas, a small gland that lies behind the stomach and in front of your spine. Your pancreas is responsible for producing digestive juices that help break down food and also for producing hormones that control blood sugar. It is the fourth leading cause of cancer death in the United States.

Sitting behind the liver and stomach, the pancreas is a six-inch lobe very near the center of the body cavity.

The job of the pancreas in normal people is to make enzymes that digest your food – especially fatty food – and to make insulin and glucodone; hormones which signal other parts of the body to get ready to digest and process food.

The pancreas is deep in the body, so it gives very few early warning signs.

There’s no mammogram for it, and you don’t feel your pancreas in the shower. It’s so deep in the body that a cancer has very few symptoms that cause it to be discovered. There are not screening tests for pancreatic cancer.

Because signs and symptoms of most pancreatic cancer may be mistaken for less-serious digestive problems, the disease is rarely detected before it has spread to nearby tissues or distant organs via the bloodstream or lymphatic system. By the time doctors find these cancers, they have usually metastasized and spread to other parts of the body and become much more challenging to treat.

So, the question for many of us is, whether just by being black, are we at higher risk of pancreatic cancer?

The incidence rate among blacks is 30 to 70 percent higher than other racial groups in America. Not only is the incidence rate of pancreatic cancer higher among African Americans, they also have the poorest survival rates because their cancer is most often diagnosed at more advanced stages.

If you’re like most folks, you’ll probably, “cut that sucker out!” But, can you live without at pancreas?

Yes, you can live without a pancreas. You’ll need to make a few adjustments to your life, though. Your pancreas makes substances that control your blood sugar and help your body digest foods. After surgery, you’ll have to take medicines to handle these functions.

It is important to understand that generally, this is not a surgery for pancreatic cancer. Typically cancer that spreads to the pancreas from other organs can sometimes justify surgery to remove the pancreas.

The good news is that we’re not totally helpless in preventing pancreatic cancer: By some studies cigarette smoking accounts for 25 to 30 percent of diagnosed pancreatic cancer and doubles the risk of getting pancreas cancer regardless of racial group. However, smoking rates among blacks in America have historically been higher versus the rest of the U.S. population. Most studies show that smoking is the most preventable cause of pancreatic cancer.

If you don’t smoke, don’t start. If you do, get the help and support you need to quit.

Glenn Ellis is a health columnist and radio commentator who lectures, nationally and internationally on health related topics. Listen to Glenn, on radio in Birmingham or V94.9, Sundays at 7:50 p.m., or visit: www.glennellis.com