There was an article in the Birmingham News recently about a mother who won a federal grant to develop services to help ex-offenders and to help keep young black men out of jail. Both noble causes, but in reading the article I could not agree with the premise or the strategy suggested.

For some time now, we have had folks arguing some form of the school to prison theory on why so many black youth are in prison. These articles and the one on the lady recently awarded funding always suggest that systemic racism is the reason. And if you are comfortable being a victim with no ways or means to fight back that is a good excuse, but if you really want to address and solve the problem you have to go much further than that. Yes, systemic racism is still a sad reality in our world, but it is not an excuse for not properly raising and supervising our children.

If we want to reduce the school to prison pipeline the answer begins in our homes and the way we raise or fail to raise our children. In the City of Birmingham where we have a black Mayor, a black Police Chief, a majority black City Council and a significant majority black population it is not systemic racism that is driving the youth crime explosion in our community. It is unsupervised and undisciplined youth, who are left to run wild in our neighborhoods. I have been robbed at gunpoint by three teens, whereas I stood there with a shotgun and glock pointed at me, I could hear the teen in the car shouting in glee, “Shoot that mother******.” Those kids don’t need probation, they need an ass whipping and then serious jail time. My house was broken into by teens. My daughter was clingy for months, because she was afraid they were going to come back. It is nice to have compassion for people trying to turn their lives around, but for the gang bangers running wild through our neighborhoods, causing the city to have over 100 homicides a year, decreasing property values because no one wants to live around this kind of crime, and destroying the quality of life for hard working citizens who still want to call Birmingham home, I have nothing but disdain and the hope that we will see a day where Jefferson County Courts stop being a revolving door outside the sight of real justice.

Alabama prisons are a terrible place, but when you rob someone at gunpoint, a terrible place is where you chose. We should not be putting youth in prison for non-violent crimes. Prison space should be reserved for those persons who truly are a danger to the community. Robbing someone at gunpoint, breaking into someone’s home, living a life that is a menace to your community, these are behaviors that should lead to you to someplace terrible.

My granddaddy once told one of my cousins who had gotten beaten up in the process of getting arrested, and wanted my granddaddy to do something about it. My granddaddy told him, “That if they come beat you up on my porch I will defend you to the death. But if you are down there messing with their stuff, that’s between them and you. The Birmingham News keeps putting out stories about the compassion we should feel for criminals, and stories that imply that being a criminal is not a choice. I think buying into that kind of victim mentality is part of the problem.

Hollis Wormsby has served as a featured columnist for the Birmingham Times for more than 29 years. He is the former host of Talkback on 98.7 KISS FM and of Real Talk on WAGG AM. If you would like to comment on this column you can email him at hjwormsby@aol.com. 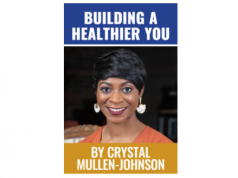