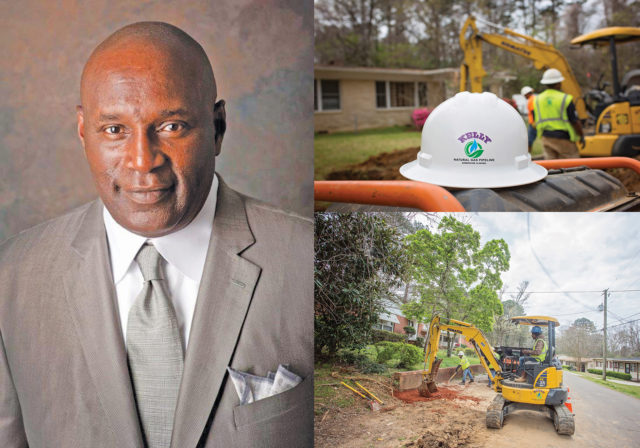 Robert Earl Kelly, who established Kelly Road Builders in Birmingham, has been asked to give the address Dec. 7 at Jackson State University’s Commencement Exercises.

JSU will hold its combined graduate and undergraduate commencement ceremony for the fall semester in the Lee E. Williams Athletics and Assembly Center in Jackson, Miss.

In 1999, Kelly started Kelly Road Builders, which helped fill a niche in the road building industry. Now considered one of the largest road milling companies in the Southeast, Kelly Road Builders is also one of the premiere road paving operations. The company works to repair and replace roadways in Alabama, Mississippi, Georgia and other states.

In 2015, Kelly branched out, and began to build Kelly Natural Gas Pipeline. The company works with many projects associated with modernizing the natural gas pipelines throughout the Southeast.

In three years, Kelly Natural Gas Pipeline has successfully completed numerous projects as it continues to grow. Kelly has been instrumental in hiring key management and field personnel, which has resulted in great potential for growth. As with Kelly Road Builders, Kelly has initiated and maintained a customer-driven culture within Kelly Natural Gas Pipeline. Recently, Kelly operations have grown in Mississippi, and the company has opened a second office in Meridian to help further facilitate its gas pipeline replacement in the area.

Kelly has been a resident of Birmingham for more than 30 years. He is married to the former Dee Monroe and has two daughters, Natalie and Whitley.