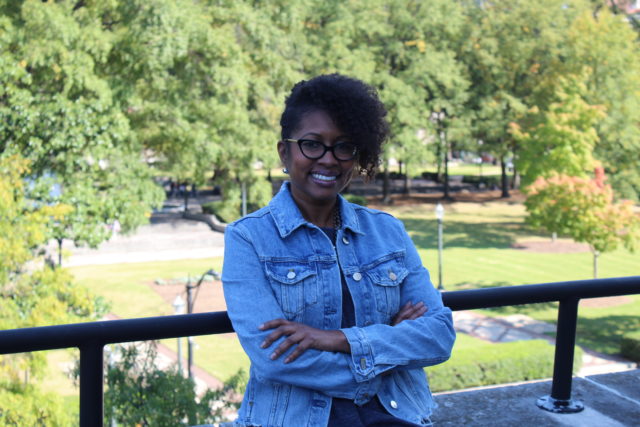 Tene Dolphin, Birmingham’s deputy director for business diversity and opportunity, likes being part of history. It began when she worked at the U.S. Department of Commerce during President Barack Obama’s term in office. Every time she had to visit the White House, she thought about how blessed she was.

For six years, Dolphin studied various city and state best practices related to entrepreneurship and economic development—something familiar to her because she had worked with small and local businesses in Washington, D.C.

That helps when “leveraging ideas and possibilities for what’s best for Birmingham,” said Dolphin, who added that her primary focus in the Magic City is to create and support small-business development, especially as it pertains to minority- and women-owned businesses.

“We’re not making little ripples. We’re having a major impact on needed policies in the city that can really change the game for residents,” she said. “That is at the heart of [Mayor Randall Woodfin’s] administration, … and that matters to me.”

Dolphin came to the attention of the mayor’s staff after she’d met the mayor at several events before he was elected and some of his supporters submitted her resume for consideration. The combination of the two landed her on the administration’s recruitment list, and she assumed her role in August.

Dolphin, 46, was born and raised in Philadelphia, Pa., where she started her political career—whether she knew it or not at the time. As a seventh grader at the Beeber-Wynnfield Alternative Program (BWAP) in West Philadelphia, Dolphin was elected class and school president.

Being a Philadelphian, Dolphin said she’s an Eagles fan and cried when her hometown football team won the Super Bowl this year. She watched the game with other Philly fans “as we ate hoagies,” a sandwich known in other parts of the U.S. as a sub or hero.

Another Philly food Dolphin misses: cheesesteaks, the sandwich that’s synonymous with the City of Brotherly Love.

“I get one every time I visit Philly,” she said.

Dolphin attended Howard University in Washington, D.C. Even though politics kept coming up at school, she was more interested in business. The summer before her freshman year in college, she participated in the Network for Teaching Entrepreneurship (NFTE) program, which works with young people in under-resourced communities.

“That was my introduction to entrepreneurship—just understanding the need for entrepreneurs to exist, sort of what makes them special,” she said.

Though Dolphin was an entrepreneur at heart, she graduated with a bachelor’s degree in psychology, as well as a minor in African-American studies.

“I don’t have any regrets for that combination because it helped me walk into various places with an ability to observe, to understand, and to apply the African-American lens in a thoughtful way,” she said.

After graduating from Howard, Dolphin established an event-planning business and also became a third-grade teacher at Carrollton Elementary School in Prince George’s County, Md. In her three years of teaching, she learned that third grade is one of the hardest to teach because students are at an age where they are learning so much, she said.

Following her time as an educator, Dolphin worked for a few startup companies and was introduced to a man who had just begun a consulting firm. He didn’t have an office and had about two to three people on his team, but the company needed an office manager. Dolphin was told that she and another woman were being considered for the position.

There were a lot of things Dolphin didn’t know but eventually figured out, and she took those skills to a public relations startup. One of her co-workers there was leaving to work for the Democratic National Committee (DNC) and encouraged Dolphin to interview for a job with the political organization. She wasn’t interested, but her co-worker persisted.

“He said, ‘You really need to come over here and interview.’ … I [interviewed for the position], was intrigued by [it], got the job, and had the time of my life,” she said. “I really sort of liked to be in places with intense energy and time-sensitive deliverables, and finding solutions.”

“Honor of a Lifetime”

Dolphin volunteered with former Washington, D.C., Mayor Adrian Fenty for a few months and it turned into a paid campaign position. When he won, Dolphin became his chief of staff. “That was a critical part of my political career,” she said. From the Fenty staff she left to work for the Obama administration.

“It was an honor of a lifetime,” she said. “I volunteered on his campaign because it was important to me. A number of us were early supporters, even when folks didn’t see how it was possible. Even throughout the campaign, when he was winning various states, the energy was high, it was exciting, and then he won.”

Dolphin also met with Valerie Jarrett, a former senior advisor to President Obama, and discussed women in the administration, as well as issues related to police brutality and concern for black boys.

“That was significant for so many reasons, but most importantly because I’m a mother of a black boy and I, like many other mothers, fear for my son’s life,” said Dolphin, whose son turned 4 on October 30.

How do Washington, D.C., and Birmingham compare, according to Dolphin? They don’t, she said.

“One of the things I learned to appreciate during my time in federal government is that our states and cities are so different and offer an array of unique qualities. While very different, both D.C. and Birmingham are amazing cities. I’m excited to experience the difference Birmingham has to offer.”

Correction: This post was updated on 11/8/2018 at 10:23 a.m. to clarify Dolphin’s role with Mayor Adrian Fenty’s administration and her transition to the Barack Obama administration. 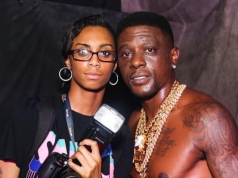 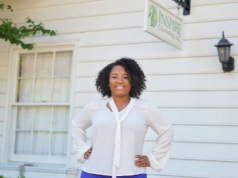 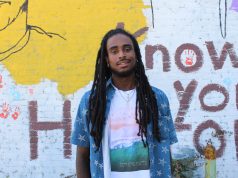