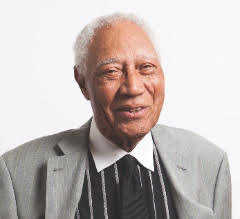 President Trump has made over 5,000 false or misleading statements since the beginning of his presidency, according to The Washington Post. This number represents about 8.3 false statements per day or 32 untruths per day. The longer Trump stays in office, the more false claims he makes. In his first year, for example, Trump made 2,140 false statements, according to fact checkers. That had doubled in a few months. His falsehoods are abhorrent, but they have just become background music. It’s as if his lies are just accepted.

On July 5, Trump reached an all-time high of 79 untruths (in just one day).

Around a third of his false statements are related to economic issues, trade deals and jobs.

Trump has a fundamental lack of understanding economic concepts. He gets the size of the trade deficit wrong and presents made up or misleading numbers. Trump says he has been “incredibly successful” in the creation of job growth even though such growth has been slower than the last five years of Barack Obama’s term. Trump has bamboozled voters, i.e, the closure of GM plants. He has made false statements suggesting he has passed the biggest tax cut in U.S. history.

Immigration, of course, is at the top with 538 false statements. About the wall, Trump claims the border wall with Mexico is being built even though Congress has denied funding. Trump launched his campaign saying Mexican undocumented immigrants are criminals, rapists, and drug dealers. After nationwide protests over Trump’s controversial executive order banning U.S. entry of refugees and Muslims from seven countries, he blamed Delta Airlines’ computer outage and protesters. Trump claimed to have a Separation Policy and then separated hundreds of immigrant children from their parents.

He constantly makes false statements about the Russian interference in the 2016 election. He calls the investigation a witch hunt, a hoax, despite the indictments handed down by Mueller.

On hurricane Maria:  Trump claims he ‘did an unprecedented great job in Puerto Rico in 2017.  Report after report estimates the death toll between 2, 658 and 3, 290.

On race: Trump has tweeted fake statistics claiming that black Americans are responsible for the majority of murders of white people. Comments made following a far-right rally in Charlottesville were perceived as implying a moral equivalence between violence used by white supremacist marchers and violence used by those who protested against them. Trump referred to El Salvador, Haiti and African countries as ‘sh-tholes.’ This comment was condemned by the international community as racist.

Despite Trump’s racist rants, more than 60 leaders from Historically Black Colleges and Universities (HBCU) met with the Trump administration and U.S. Secretary of Education Betsy DeVos. Trump held an impromptu photo op smiling and chatting with the college presidents.

On the same day, Feb. 28, 2017, as they all posed, Trump’s administration made it more difficult for minorities to vote.  An obvious backlash occurred after the HBCU visit. Students from Howard University left a scathing message painted on a campus sidewalk: Welcome to the Trump Plantation. Overseer: Wayne A. I. Frederick (Howard’s president). Other graffiti seen on buildings ‘Wayne Frederick doesn’t care about black people’ and ‘Make Howard black again’.

Donald Trump is a most divisive president. His rabble-rousing and the recent spate of hate fueled plots and violent attacks underscore Trump’s inciting of hatred and racial hostility.

He refuses to tamp down divisions.

Here are a few false claims Trump has recently made:

The chances of Trump being re-elected in 2020 are slim and none. The Democrats cannot afford to use their time in attempting to impeach the president. They can be support personnel for Mueller. They must concentrate on working on their commitment when they campaigned for the office.

They should make a commitment with the 100 people who plan to run for president they will drop out of the race if they are not in the top two after four states cast their votes. The next step would be to let the Republican candidate kill off Trump.