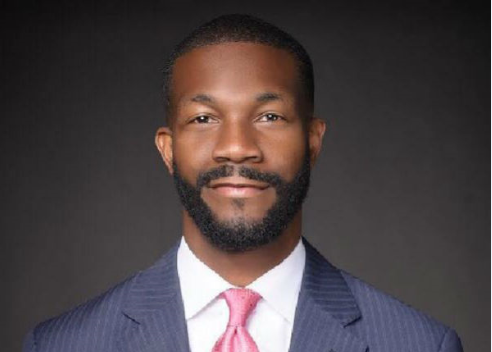 Everyone remembers their freshman year, right?

The excitement as you enter a new environment; the eagerness to tackle new challenges head-on; and yes, the anxiety that comes from confronting unforeseen obstacles that truly test your mettle.

I consider the past 12 months the maturation of my administration. And as I reflect back over the past year, our city has a lot to be proud of.

When I was on the campaign trail, walking our streets, knocking on doors, shaking thousands of hands and spending time with the people that personify Birmingham, I vowed that my administration would always put people first.

And from the moment I walked across City Hall’s threshold, that promise has been at the front of my mind. To that end, one of the very first actions I took while in office was to reinstitute Cost of Living Adjustments and Longevity Pay for city employees.

From there, we redefined several city entities by bringing in new leadership to head the city’s Department of Human Resources, Information Management Systems, Department of Public Works and Police Department.

We worked hard to ensure every resident had a voice in government, starting with our first State of the Community event as well as regular town hall meetings in our council districts. More meetings are planned for 2019.

We hired a liaison to Faith-Based Initiatives, as well as established a Re-Entry Task Force to address recidivism. And we also launched the Office of Social Justice and Racial Equity, which includes Birmingham’s first LGBTQ Liaison as well as the Director of Cultural Preservation, leading efforts for our civil rights national monument. Birmingham has long been recognized as the bedrock of social activism in our country – it’s our duty to uphold that grand legacy and spur even greater change.

In the realm of public safety, the Birmingham Police Department has hired nearly 40 officers in the past year, as well as transitioning to a “4–10” work schedule in all precincts to provide more officers on the streets at peak hours.

And speaking of transitions, we’ve transitioned the Office of Economic Development into the Department of Innovation and Economic Opportunity. Their goal is to provide more opportunities for small businesses, particularly minority and women-owned businesses. Under IEO’s determined hand, they’ve reported 2,100 new jobs in Birmingham since last November.

Our goal is to create a system that benefits all 99 of Birmingham’s neighborhoods. It’s not about rewarding affluence, we’re here to uplift our neighbors collectively. Our absolute priority is our commitment to neighborhood revitalization. We’ve prioritized the removal of blight – 285 structures have been demolished since January 1. It’s work that has been supplemented by our new Neighborhood Revitalization Fund, with initial deposits that include $1.4 million through Shipt and DC BLOX investments and $4 million from surplus, which will go toward street resurfacing and sidewalk repairs.

We’ve had our share of wins. But I’ll admit that there are issues that still cause me to have restless nights. Violence continues to grip portions of our city and it’s important to realize that the victims – and the families they leave behind – deserve to be more than numbers and statistics.

We’ve taken more than 2,000 guns off streets this year. We’ve made plans to have three police academies next year – up from the usual two academies – to aid in officer recruitment.

But more must be done to keep our neighborhoods safer. Public safety can’t just be reactive, and it shouldn’t rest solely on the shoulders of Birmingham police.

I’d love to see more neighborhood watch programs. I’d love to see a rise in mentoring. No one knows the community better than those who reside there. Take accountability and know your mayor is here to back you up.

Also, we still must work more diligently to eliminate food deserts and provide access to healthy food choices. There are pockets of our community whose health suffers solely because of geographic location. It’s unfair and remains a top priority of my administration.

Our success in 2018 has been guided by a commitment to our core values. From customer service (including the creation of a new customer service office and our current work to upgrade our 311 call center) to efficiency and effectiveness (retooling of our boards and agencies and our new approach in distributing funding to city partners) to transparency (the city’s first Open Checkbook expenditures portal online) and accountability (improving infrastructure needs and attacking blight) we walk it like we talk it – an unwavering commitment to the residents we serve.

We won’t let you down. Because this is our city too.

From the aging civil-rights foot soldier who stood eye-to-eye with adversity and kicked over every imaginable barrier to the 5-year-old girl with aspirations to open her own business in Birmingham one day, we work for you.

Upholding our grand legacy. Laying groundwork for our future.

This is our home. And we love it.

My sophomore season is right around the corner, and there’s lots of work ahead of us.

This is Birmingham, where obstacles become opportunity.

Randall Woodfin is mayor of Birmingham, Alabama. He was inaugurated on Nov. 28, 2017