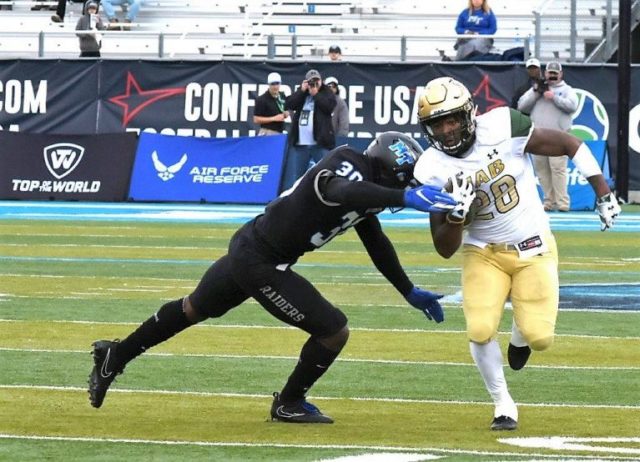 Conference USA champion University of Alabama at Birmingham  will head to the Sunshine State for a Tuesday, Dec. 18, meeting with MAC champion Northern Illinois in the 2018 Cheribundi Boca Raton Bowl at FAU Stadium.

The game kicks off at 6 p.m. CST and will be nationally televised on ESPN. The matchup is the only bowl game outside of the New Year’s Six to feature two conference champions against one other.

This will be UAB’s third bowl game in program history and its second straight after playing in last year’s Bahamas Bowl. UAB (10-3) and NIU (8-5) have never met on the gridiron and the Blazers look to register their first-ever bowl victory.

“We are thrilled to play a quality opponent such as Northern Illinois in the Cheribundi Boca Raton Bowl,” head coach Bill Clark said. “We look forward to an incredible challenge and will be eager to finish off our historic season with a bowl victory.”

Tallying a program-best 10 victories, the Blazers are coming off a 27-25 victory in Murfreesboro, Tennessee, over Middle Tennessee to claim the 2018 C-USA title. Sophomore running back Spencer Brown was named the game’s MVP as he ran for 156 yards and a touchdown. Brown ranks sixth nationally in rushing touchdowns with 16, and 20th nationally in rushing yards with 1,149.

Northern Illinois defeated Buffalo 30-29 in the MAC Championship Game to win its fifth conference title. The Huskies finished 6-2 in conference play and boast a strength of schedule of 65 after having played Iowa, Utah, Florida State and BYU in 2018. The Huskies beat BYU 7-6 at Provo, Utah, but fell to FSU 37-19, to Utah 17-6 and to Iowa 33-7, all on the road.

How did UAB reach the bowl game?

Four years after the football program was shut down and just one year after its triumphant return, Clark led his team to its first football conference championship on Dec. 1, coming from behind to beat the home-standing Blue Raiders of Middle Tennessee State 27-25 before an announced crowd of 15,806.

Many in the stands were decked in green while a sea of cellphones encircled the fenced area near midfield at Johnny “Red” Floyd Stadium as CBS broadcast the presentation of the MVP trophy to running back Spencer Brown and the league championship prize to Clark, who just days before became CUSA’s highest paid coach. A week earlier, Brown got one carry as an injury largely kept him off the field. UAB was missing seven starters in the first game of this gridiron version of a twin bill.

Asked what he wanted to do with this week’s opportunity, Brown said, “I was going to run until the wheels fell off.”

The all-league running back turned in a stellar performance, rushing for a career-best 157 yards and a touchdown on 31 carries. Perhaps his best effort was a 30-yard run to set up Nick Vogel for the game-winning 28-yard field goal.

“People believed in this,” Clark said. “We raised $50 million to bring our program back. This is a thank you to them, too. People gave their own personal money to get us in a facility where we had a chance to compete.” 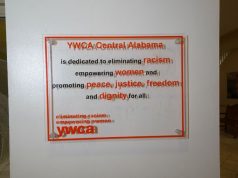 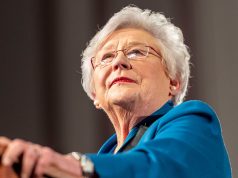