College football’s most closely watched ankle is “better.” So, said Alabama quarterback Tua Tagovailoa ahead of the No. 1 Crimson Tide’s game for the College Football Playoff championship against the No. 2 Clemson Tigers.

“After the game (Saturday against Oklahoma) it was definitely sore. I couldn’t tell if it was any better or it was the same,” Tagovailoa said during a CFP teleconference for the media.

“But I guess I can say it’s better. I have treatment going on right now, as we speak, and I think we’re still going to stick with that 24-hour treatment protocol. Up until the game, I think I’m still going to be getting treatment, and I’m still going to be going through rehab and therapy, as well. But I definitely think it’s improving, you know,” said Tagovailoa, the most valuable offensive player in the Crimson Tide’s 45-34 win over the Sooners in the Capital One Orange Bowl.

That’s great news for Alabama fans who worried until the game’s opening drive how well Tagovailoa’s left ankle would hold up after he suffered a high-ankle sprain against Georgia in the SEC Championship game Dec. 1 and underwent surgery. It’s also great news for Alabama coach Nick Saban, who told the media Monday that he expects a close game against Clemson.

Saban was asked about the past three championship games coming down to a single play and whether that could happen in this year’s game.

“Well, I think when you’re playing against a very good team and you anticipate that it’s going to be a really tight game that you’re always looking for somewhere or someplace in the game where you can create an advantage for yourself and try to put your players in the best position to have a chance to be successful,” Saban said. “You know, I think we do that for every game, but I think when you play in games like this, sometimes those plays can have a huge impact because it’s probably going to be a pretty close game.”

“They’ve got great balance on offense in terms of their ability to run and throw and a talented group of receivers. Their defense is one of the best defensive teams in the country in lots of different categories, and they’ve got a really good front seven, and they’re very well-coached. This is certainly a complete team,” he said.

“But again, our team is very excited about having the opportunity to be in the college football championship game again. This is several years in a row we’ve had to play, or got the opportunity to play Clemson, which is one of the great programs in the country right now,” Saban said. “We’re certainly looking forward to the challenge.”

Alabama’s win Saturday capped a record-setting run in bowl games this year for teams from the state. In earlier action: 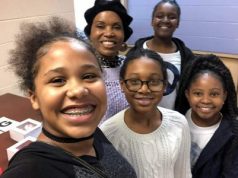