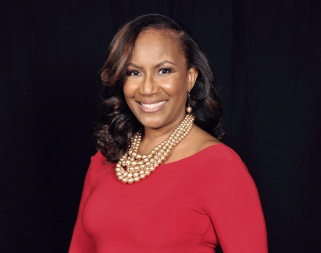 It began when Rochelle Malone started stuttering. Then there were times she would stumble, experience serious fatigue, and become disoriented. Finally, in 2010, she was diagnosed with multiple sclerosis (MS).

“I would wake up in the mornings at 4 and have to sit on the side of the bed for 20 minutes before I could move around,” she recalled. “Then I would get up to take my shower, … but I would have to rest just from going to the bed to the shower. [I’d] take my shower and then [have to] rest again.”

MS is an unpredictable, often-disabling autoimmune disease of the central nervous system that disrupts the flow of information within the brain and between the brain and body.

“It’s deemed a snowflake disease because no two patients are alike.” Malone said. “Even though [some people] might have some of the same symptoms, the disease affects each individual differently.”

Nonetheless, Malone, 53, is using her MS journey to help others. She is the founder of MSFace2Face, a nonprofit organization that provides financial assistance, as well as counseling and support, to help others battle the disease. She also is a motivational speaker, a survivor of domestic abuse, the author of four books, and co-host of “Another New Day,” a TV talk show that airs in Georgia and the Carolinas.

Thanks to Malone’s efforts, many MS patients are experiencing a better quality of life—and she is, too.

“The disease is under control,” she said. “I am in remission and have been for three years, … and I haven’t had any relapses. My quality of life is better. I’m happier. I’m able to do more of what I like to do and need to do. Do I still have symptoms? Yes, but I know how to listen to my body and manage them. … I’m able to do things now that I couldn’t do before. It’s just better.”

Malone, great-granddaughter of legendary businessman Arthur George “A.G.” Gaston, has lived in Birmingham since she was a toddler. After graduating from Samford University in June 1995, she started her teaching career at Powderly Elementary School, where she taught third and fourth graders.

At the time of her diagnosis, Malone was a kindergarten teacher at Glen Iris Elementary School. Every day, she would arrive at work at 6 a.m., which was the time custodians usually arrived. Because of the extreme fatigue and disorganization she was experiencing, she had to get to school early to prepare herself before class started.

“When I got there, I would have to rest in the car. Then I would rest at my desk. Then I would write out everything on sticky notes and put them everywhere around my room and on everything,” Malone said. “That was different for me because I had never been that person. But in order to function [normally], I had to write everything down.

“I actually had to use those sticky notes to help me go through the day. I would forget my kid’s names when I would be working with them in small groups. I would be looking at them, but I wouldn’t know who they were.”

A few months later, Malone went to see a doctor.

“I [had gone] on a cruise, and when I got back, I still had like this swimming type of experience going on in my head. I thought it was just trying to get used to being back on land after being on water, but it wouldn’t go away. It got worse,” she said. “I experienced fatigue and [felt] a vibration going up my neck whenever I put my head down. It all got worse.”

Malone was first diagnosed with MS in December 2010. A second opinion in February 2011 confirmed the diagnosis, and she took a leave of absence from work. At that time, her treatment involved a series of injections. In May 2011, she returned to the school for her students’ kindergarten graduation. The next month, she had a relapse that caused her to be paralyzed on her right side.

“I had to learn how to walk again,” Malone said. “I was told that I wouldn’t walk without an assisted device and I would not walk the way I did prior to the relapse because usually a relapse of that magnitude would leave a person somewhat disabled or handicapped. God said differently.”

It took Malone two months to learn how to walk again.

“As a born-again Christian, I truly believe in faith, and I truly believe God’s word and what it says about me,” she said. “I’m healed and not sick. … I approached it as a temporary moment, and that’s what gave me the drive. … I saw myself walking and dancing again, … and I did. That’s how I came through it.”

After the relapse, Malone made another attempt to return to work, but she had another MS flare up that left her temporarily blind. She retired from teaching in November 2011.

Though Malone left the classroom, she continued to teach—through MSFace2Face, which she started in 2014, following a 2013 gala for MS patients at the Harbert Center in downtown Birmingham. Malone’s nonprofit organization not only educates patients and families about MS but also offers counseling, support groups, and some physical therapy, as well as financial assistance. She also hosts fundraisers, such as Party with a Purpose: Laugh until a Cure Comes, an event held at the StarDome comedy club; all proceeds go to MSFace2Face.

Malone can’t say exactly how many people she has been able to help, but she is glad to help anyone in need.

“It seems that MS is not taken as seriously as something like cancer, … but I don’t want it to get to the point where there has to be another family, another person, for people to get it. I need people to get it before it gets to them,” she said. “The cause is important, and [awareness] is needed.”

“I never saw myself as being in an abusive marriage,” she said. “I just saw it as a bad marriage.”

The abuse was mostly emotional and verbal, but eventually it got physical. Malone didn’t want to get divorced because of her two children, but things got worse and she had to make a decision.

“I was able to wait for him to fall asleep, and I slid out of there,” she said. “I got my children, got dressed, left, and never went back.”

Malone lived out of her car and from house to house and friend to friend for two years until she found a new place to stay.

“I chose to not be homeless by choice any longer,” she said. “I stepped out on faith and refused to let fear or pride or hold me back. That time grew my faith to another dimension.”

Malone shares her experiences through motivational speeches and books. Her first published work, “Still Memoirs: The Hashtags of a Tarnished Life Polished by God,” released in in 2013, is a pictorial testimonial. Her second book, “He Speaks, I Write,” published in 2014, features quotes. Her third, “21 Days to a Brighter You,” was released in 2017. Her fourth, “Empowerment Is Here,” was printed in December 2018.

“[My last book] was birthed out of an empowerment series I did in 2017,” Malone said. “This information needs to be heard and received by a lot of people, and the best way to get it out to as many people as possible [was to take] those speeches and turn them into a book.”

Malone wants to use her platform to let people know she is real and transparent. 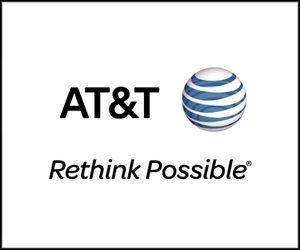 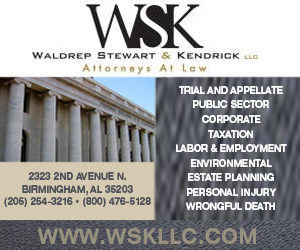