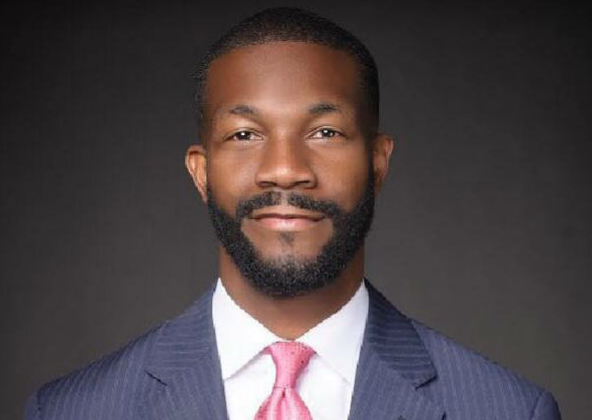 In the spring of 1993, I was 11 years old, a sixth-grader at Birmingham’s Putnam Middle School. One day, my classmates and I were ushered into the school’s gymnasium to hear a special guest speaker. As we filed in and took our seats, I had no thought of the impact that what I was about to hear — or the person who delivered the message — would have on my life.

The speaker was the mayor of Fairfield, Larry Langford. If you ever heard him speak, or spent any time at all in his presence, you should have no trouble imagining how little time it took Mayor Langford to have a roomful of middle schoolers in the palm of his hand. I’m confident that I speak for everyone in that gymnasium when I report that we were spellbound.

What did he talk about? He talked about guns: How dangerous they are in the wrong hands. How kids our age should stay away from them, avoid making wrong choices about them that would haunt us for the rest of our lives. How we owed it to ourselves and our families to use common sense if we were exposed to them.

I listened to Larry Langford that day a quarter-century ago, and I felt as if he was talking directly to me. Walking out of that gymnasium and back to my classroom, it occurred to me for the first time that one day, I might contribute to my community by becoming the mayor of Birmingham.

What made Larry different from most people was his unshakeable belief in the power of hope. He has been described — even by many of his detractors — as a visionary, and he certainly was that. He had about a hundred ideas a day. Some were great ideas, some were impractical or unrealistic or ahead of their time, some were simply bad or at best inadvisable. Some came to fruition and are paying dividends to our city today. Some fell by the wayside completely, while others receded and, as Birmingham continues to grow and evolve, may find new life and new impetus for pursuing.

Which brings us back to hope. Larry Langford’s hope expressed itself in ideas for making Birmingham bigger and better, for overcoming our checkered past and building a big-league future. You can agree or disagree with specific ideas and actions of his, and you can say what you want about his career and how and where it wound up. But let there be no doubt that Larry’s hopes and dreams were never for himself. They were for the city he loved.

Larry’s hopes for Birmingham were so powerful that they inspired hope in others. His love for his city was contagious, to the extent that, nearly a decade after he left the mayor’s office, we continue to see ample evidence of it. Witnessing the outpouring of support for his release from prison to spend his final days in the company of his beloved Melva and other family and friends, and the expressions of love and appreciation that have come his way in recent weeks from all quarters of our community, my thought has been that these things are, at the most basic level, Larry’s deep and abiding love of Birmingham being reflected back to him.

With these things in mind, my hope for Birmingham is that we, individually and collectively, will draw inspiration from Larry Langford’s vision for the city he loved. He wanted Birmingham to be its best self, to achieve greatness on its own terms. As a proud citizen of this city, I want these same things, and as mayor, I am committed to leading us to the heights my predecessor Mayor Langford envisioned.

In the days and weeks, the months and years ahead, I hope we will remember Larry Langford’s contributions to Birmingham. Even more, I hope that we will honor him by working together to achieve the greatness he envisioned.

Randall Woodfin is mayor of the City of Birmingham