Movies, books and songs have themes. We ask Birmingham area residents, What’s your theme for 2019?

Jackson Mercer: “Definitely drink more water… [and] just kind of deal with any problems as they come, more effectively than I have in the past … I think I just reacted really naïve, like I would just get…easily stressed out, just kind of shut down. If it was a big enough problem, I’d be like man, ‘I don’t even want to deal with it’ but…if you just like chip away at it you can just get it over with and move on to the next thing.”

Lauren Rosser: “Be better to myself became my theme just because most of my life I’ve been kind of docile and just really beta. And so I’m just really at that point where I want to kind of be alpha and do better for myself but also love myself a little bit more. And just kind of take better care of my mental health too, and…not be as harsh on myself, not beat myself up as much.”

Rashad Grimes: “Action…I think the biggest thing is action. A lot of people have an extremely large amount of potential but we talk about it, we don’t move. So I think if people just actually live by the word ‘action’ and just do it, don’t worry about how you’re gonna do it, don’t worry about what may happen along the way, just take the steps and then you’ll figure out along the way.”

Stormie Cantrell: “Prepare for my future self … for my five and 10 year plan… get back into bartending more, to get to my dream to own my own spot one day . . . own a bar, own a restaurant, something along the lines of that….I’ve been working towards it for the last couple of years but this year is like the turning point. 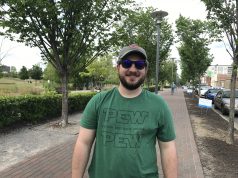 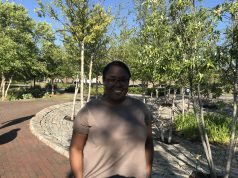 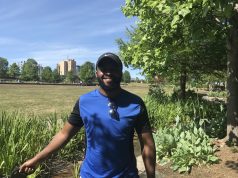