By Jasmine Shaw
For the Birmingham Times 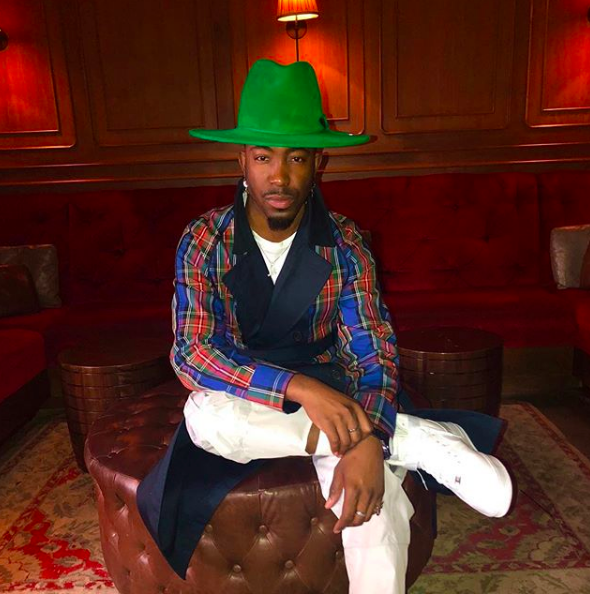 From cousin-filled play dates in the woods of Alabama to awe-inspiring sunsets on the black-sand beaches of New Zealand, Vincent Smith Jr. has learned to cherish the moment. The Birmingham native remembers life in the Magic City as being rather easy, growing up surrounded by the love of an encouraging family and close friends.

Smith now calls the fast-paced streets and culture-laden boroughs of New York City home in his position of wardrobe stylist for megastar and Grammy Award winner Cardi B and creative director for other celebrities.

“Nothing can hold a candle to Southern living,” he said. “Living in New York is nice, but the ease of knowing your neighbors, being able to leave your door unlocked, not being afraid to let your kids go outside to play [provides] a different peace that people in larger cities can’t relate to.”

Smith, 28, recalled being drawn to the arts and valuing creative expression from an early age and all the way through George Washington Carver High School, where he marched as a saxophonist in the band, brought visions to life in the animation club, and sang tenor to support the melodies of the school’s award-winning choir.

“My entire family has always kept me focused,” said Smith. “I’ve always been the poetic type, … [and] they pushed me to express myself and chase my dreams. They pushed me to explore outside of Alabama to really see what’s out there for me and what I can accomplish.”

Smith considers himself an image architect, hand-selecting pieces to create scenes that become etched in memories for a lifetime.

“I push the limits of what you would normally do. I focus on the growth of your style, not necessarily changing it unless needs to be,” he said. “I hope [my] clients gain a better understanding of how stylists really work. … I also hope they gain an eye for things they couldn’t quite see or comprehend prior to working with me.”

Smith graduated from Alabama State University (ASU) with a communications degree in the spring of 2013, and he credits Elite Models Creative Director Derricius Chambers for sparking his styling career.

“This man took me in and changed my life, boosted my self-confidence,” said Smith. “[Chambers] taught me to walk with my head held high, literally. He was the first person to see me as a stylist. I was majoring in journalism and had become so bored with what I was learning. Shortly after, I joined Elite and realized that styling was my passion. From there, [the rest] is history.” 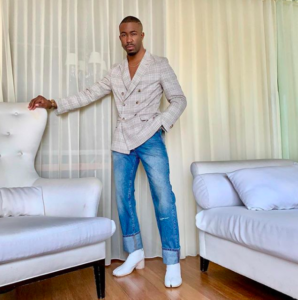 During his time in Alabama, Smith worked as a visual manager for a retail clothing store and interned for the Birmingham Times. Both opportunities helped him evolve as a leader and build a skill set that helps him stand out to this day.

“I got my first internship with the Birmingham Times as a writer and focused on writing fashion articles, spotlighting my friends that were fashionable,” Smith recalled. “[As] a visual manager [for a retail clothing store, I was able to] exercise my creativity with decorating, doing the window displays, and styling the mannequins.”

These days, Smith spends his time helping create iconic looks as an assistant stylist for Cardi B, who recently won a Grammy Award for Best Rap Album. While some may consider him lucky, Smith knows hard work has gotten him this far.

“My work ethic has kept me in the position I’m in, allowing me to literally travel the world and experience things I probably would have never been able to experience [otherwise],” he said. “The lessons I have learned are all about initiative. Nothing is given, you have to take it. … You won’t be rewarded with anything.”

Smith prides himself on being quick-witted and versatile, able to cater to a client’s evolving needs: “My style is as wide as the ocean. I don’t like to limit myself.”

Smith’s work has been featured in a broad range of publications, including Teen Vogue, Period, and Lady Gunn magazines, but he dreams of solo collaborations with brands like GQ and Vogue. He also continuously fuels his entrepreneurial spirit with wisdom from valued mentors. His current position allows him to learn from recognized styling industry leader Kollin Carter.

“[Carter] took a chance on me that I had been praying about for years. He plays a huge part in my career [by] teaching me what he knows and allowing me to exercise what I’ve learned,” Smith said. “He’s the brother I never had, and he continues to pull greatness out of me and expects nothing short of it.”

Smith encourages aspiring creatives to know what’s trending and learn from whomever they can. Overcoming down seasons by holding on to his faith, Smith has developed the focus to pursue his passion with a relentless sense of hope.

“The hardest thing about working for yourself is staying motivated,” he said. “Making yourself clock in, knowing that some days you never clock out, and realizing you left a 9-to-5 for a 24/7 with no paid time off.”

Smith works tirelessly to create a legacy through which he will be remembered as an artist above all things.

“I saw clothing to be a form of art that assisted in creating moments that will be talked about for years,” said Smith. “[I want people to know] that I was able to invoke emotion with what I styled. I want to be the reason your third eye opens up!” 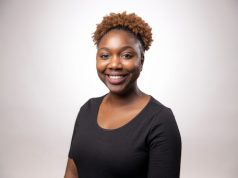 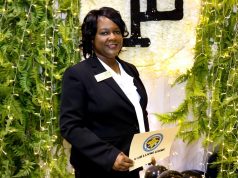 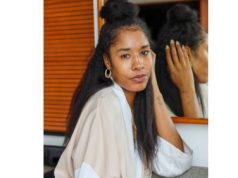