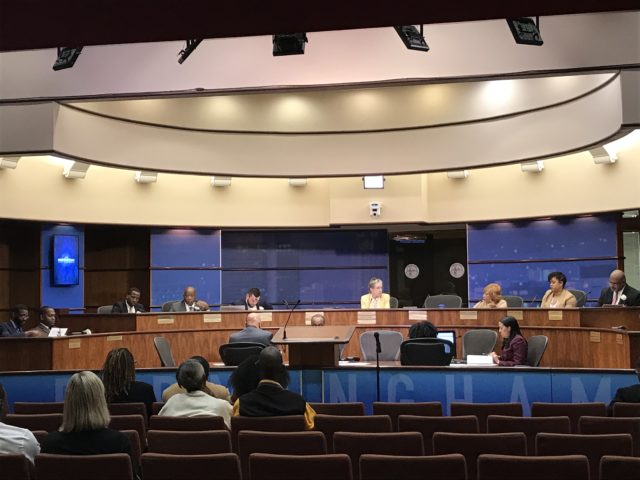 The Birmingham City Council on Tuesday voted unanimously to expand the Druid Hills Urban Renewal and Redevelopment Plan to include the Carraway Hospital Campus and surrounding areas.

The adoption of an Urban Renewal Plan area provides the City with a blueprint to eliminate blight and promote redevelopment. The council voted to expand the property to include Carraway and McArthur School, at the northwest corner of 17th Avenue North and 25th Street in Druid Hills, near Carraway Hospital.

Birmingham City Councilor Steven Hoyt said redevelopment of the Carraway property has the potential to be “transformational.”

Some discussions have involved “mixed-use which means it could be housing or it could be commercial or a culmination of both,” said Hoyt, chair of the Planning and Zoning Committee “. . . I think it’s really going to be transcending of their community . . . you’ve got a lot of folks who are buying homes, renovating them there and so it’s really probably going to be one of the hottest neighborhoods in the city.”

Michael Ward, senior planner with the city said an Urban Renewal Plan, would allow the city, within an Urban Renewal District, to work with a developer to clear land, construct or reconstruct streets, install utilities and site improvements, and assist with property acquisition.

The Druid Hills renewal plan, adopted in 1998, was initially aimed at housing and did not include the Carraway site because the hospital was still open. The site has been vacant now for more than 10 years. “We’re hoping eventually the Carraway project will spur redevelopment opportunities throughout the neighborhood as well as the surrounding community,” said Ward.

Corporate Realty—a local commercial real estate firm that handles everything from site development and construction to marketing and management—is looking to transform the vacant 50-acre Carraway site into a mixed-use development that could include residential, retail, restaurants, and office space, as well as a hotel and entertainment venues.

Brian Wolfe, Corporate Realty chief development officer, said the company is looking to capture the momentum for development around downtown. Last year, a new Top Golf sports complex opened near the Uptown entertainment district. And, currently, more than $300 million is going toward expansion of the Birmingham-Jefferson Convention Complex (BJCC) and a new downtown stadium.

Mayor Randall Woodfin said he believes affordable housing can be a part of the redevelopment and the city plans to retain the McArthur School property for that purpose.

“We believe that whatever happens in regards to this area, affordable housing has to be a component to keep the true character of the neighborhood,” he said, “and if the city owns some property we need to be in control of that conversation. We believe McArthur property is a prime example of how we stay true to making sure we keep the character of that neighborhood.”

Council President Valerie Abbott said she drove by the abandoned Carraway site  recently and was “horrified to see what it looks like now with all the windows broken out, but we’ve got to respect our neighborhoods . . . people who have chosen to continue to live in our city as opposed to the people who have left,” said Abbott.

In other business, Woodfin and the City Council recognized the Birmingham Iron, the new Alliance of American Football team, who will play their first game against the Memphis Express on Sunday, February, 10 at 3 p.m. at Legion Field.

“It’s exciting to see a talented roster with some familiar names and new faces and we are proud that the Iron calls Birmingham home,” said Woodfin. “The Alliance of American Football is high quality, professional football fueled by a dynamic alliance between players, fans and the game… the name Birmingham Iron is inspired by the people that make up the City of Birmingham, iron is one of three elements needed to make steel and make no mistake, this team is all about chemistry both on the field and in the community . . . the City of Birmingham is thrilled to welcome the players, the coaches, staff and fans of the Birmingham Iron.”

Tom Ward, president of the Birmingham Iron, and Joe Pendry, general manager, were in the council chambers.

“We wouldn’t be here without everybody and their support,” said Ward. “Historically, this time of the year, the Super Bowl is over and 150 million professional football fans go into a deep state of depression for five months but football is not ending, it’s just beginning in Birmingham and in five days we will play our first home game.”

Pendry, former coach for several NFL teams and special adviser for the University of Alabama Crimson Tide football team, said, “We’re going to put a product out there this Sunday that will enhance this community . . . we’re going to be a part of it.”

In honor of the team’s first game, Woodfin proclaimed Friday, February 8 as “Blackout Friday” and has asked all residents to wear black in support of the team. 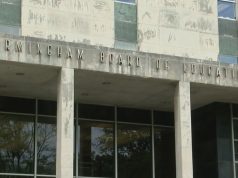 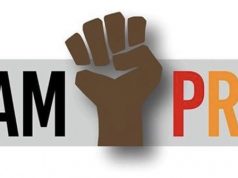