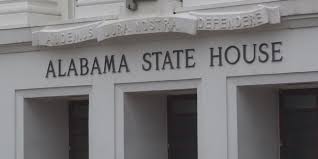 MONTGOMERY, Ala. (AP) — The Alabama Senate on Thursday voted to repeal the Common Core academic standards from public schools by the 2021-22 school year.

Senators voted 23-7 for the bill that now moves to the Alabama House of Representatives.

The Common Core standards are math and English benchmarks adopted by more than 40 states to describe what students should know after completing each grade. The standards were developed by the National Governors Association but became a frequent target of Republicans after the Obama administration pushed states to adopt them.

“It’s time to move on,” said Marsh, a Republican from Anniston. “We need to clear the slate. Just go ahead and get this out of the way. Let’s focus on new standards for the state that are going to solve these problems.”

Sen. Vivian Davis Figures, a Democrat from Mobile, criticized the rush to approve the bill she said was about “politics.”

“We all know you are getting ready to run for U.S. Senate,” Figures said.

Marsh is considering a 2020 run for the U.S. Senate seat held by Sen. Doug Jones.

The bill was approved on a vote that fell largely along party lines after the GOP-dominated Senate voted to cut off debate and force a vote.

A House committee could take up the bill sometime in early April when lawmakers return from spring break.